Bekmurzayev is the second minister to face criminal charges in the space of a few months. 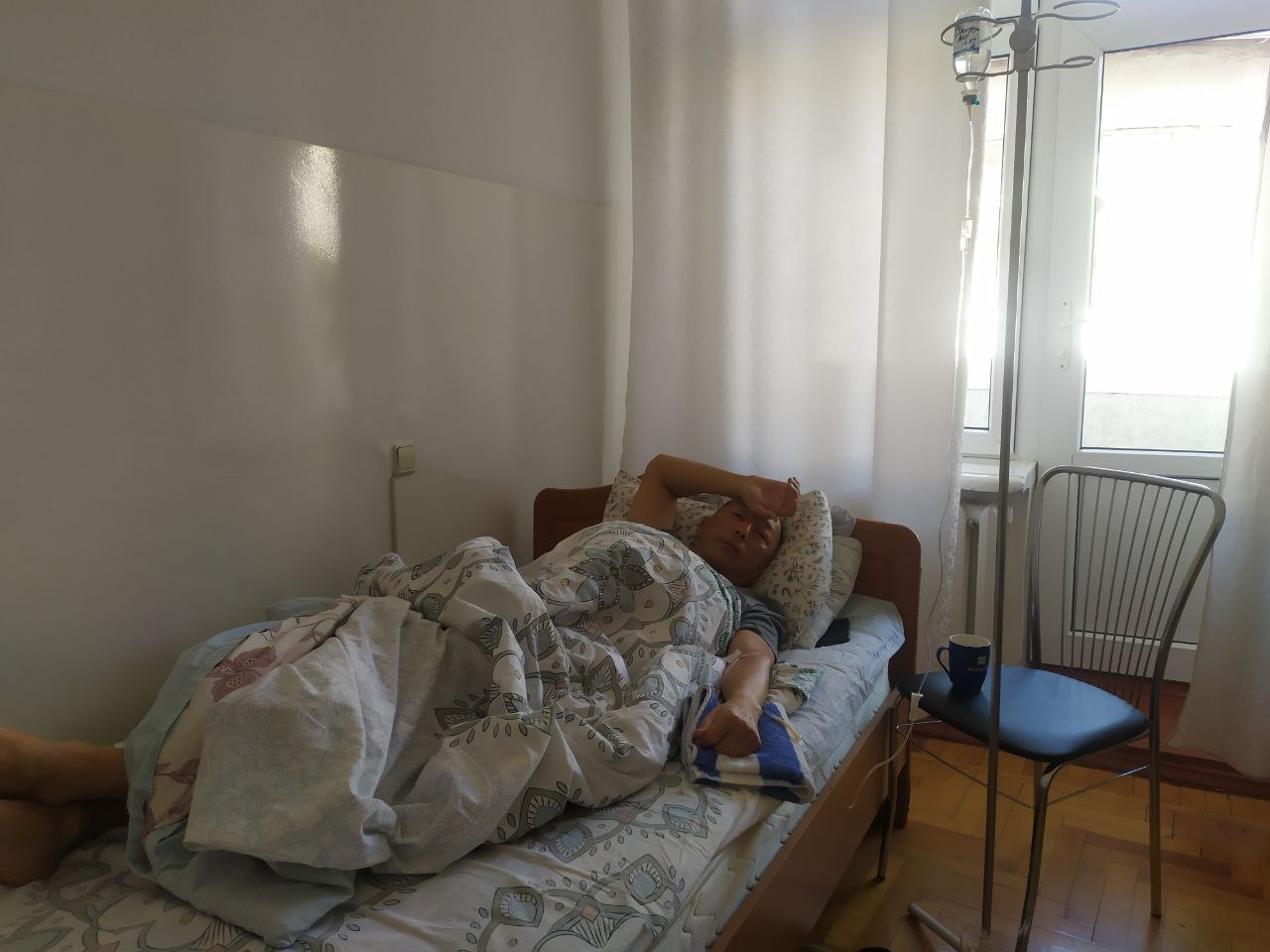 Bekmurzayev recovering from a reported mini stroke sustained after charges against him were announced. (Photo: Mediahub)

Prosecutors in Kyrgyzstan say they have opened two investigations against the acting head of the Energy Ministry on suspicion of fraudulently misusing government money.

Doskul Bekmurzayev is the second member of the Kyrgyz government in recent months to be accused of a criminal offense while still occupying his post.

The Prosecutor General's Office said in a statement on September 13 that it suspects Bekmurzayev of defrauding a private company of 15 million som ($183,000) during the refurbishment of a resort complex called Tyopliye Klyuchi (Warm Keys). Ownership of the resort was in May handed to utilities companies Electric Stations, which is in turn owned by the Energy Ministry.

Prosecutors have provided no specific details about Bekmurzayev’s alleged offense.

Another investigation has been opened into allegations that the minister used government money to send people not employed by his department on business trips to Russia, Turkey, the United Arab Emirates and Uzbekistan.

“The criminal acts of Energy Minister Doskul Bekmurzayev constitute a gross violation of the interests of the state and private individuals, who have suffered major damage,” prosecutors said.

Bekmurzayev has not taken news of the investigation well. Local media reported that he was hospitalized with "mini stroke" symptoms after the announcement.

He told Kaktus news website that he believes he is the victim of a personal vendetta waged by Prosecutor General Kurmankul Zulushev.

“These are the personal wishes of the Prosecutor General. I will definitely give a press conference. I'm not going to run away," Bekmurzayev said.

Talk about Zulushev waging a personal vendetta echoes an incident from earlier this year.

In early June, a dozen rifle-toting and masked officers with the security services and the office of the Prosecutor General stormed the premises of the Health Ministry to arrest its outspoken head, Alymkadyr Beishenaliyev. The minister was later charged on seven counts, including corruption, bribe-taking and abuse of office.

President Sadyr Japarov only got around to relieving Beishenaliyev, an old friend and ally, of his post on August 19.

In defending himself from the accusations of prosecutors, Beishenaliyev, like Bekmurzayev after him, accused Zulushev of acting out of personal animosity toward him.

Bekmurzayev has worked in Kyrgyzstan’s energy industry for more than 20 years and took up his current job in June 2021.

It is not yet known if Japarov intends to dismiss him pending investigations.