A former Kyrgyz MP was jailed in Kazakhstan for running a contraband network. 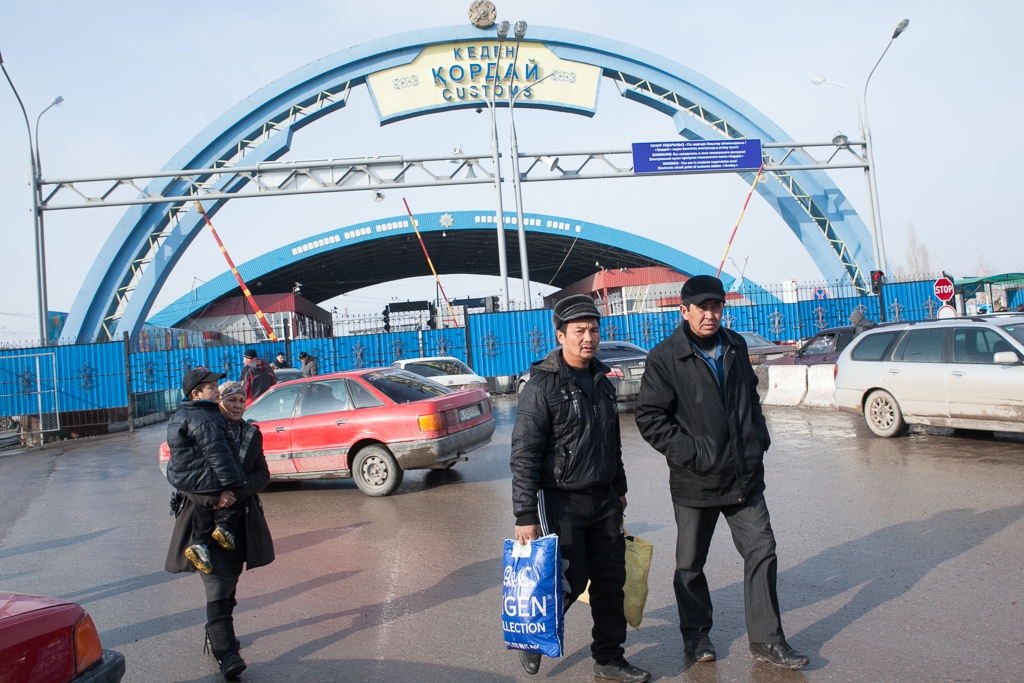 A ruling by a court in Kazakhstan to sentence a former Kyrgyz lawmaker to a lengthy prison term on smuggling charges is just the latest pang of growing pains for the Russian-dominated Eurasian Economic Union, or EEU.

Damirbek Asylbek uulu was on April 25 sentenced to 10 years in prison on charges that he formed a transnational criminal network and engaged in the smuggling of contraband goods across international borders.

Ten others — eight Kazakh nationals and two Kyrgyz nationals — also got prison time at an unruly sentence hearing in Almaty.

The question of the extent to which Asylbek uulu may have been operating in connivance with high-placed Kyrgyz officials and what secrets he spilled to his Kazakh interrogators remains unanswered.

When he was arrested in February 2018, Asylbek uulu was a sitting lawmaker in the Kyrgyzstan Party, which is part of the governing coalition in that country. Media in Kazakhstan made no effort to spare their neighbor from blushes. Footage of a dramatic raid on a room where Asylbek uulu and his associates were gathered was aired on television.

Kyrgyz President Sooronbai Jeenbekov was largely mum on the arrest, noting only that the member of parliament, who had actively supported his run for office in 2017, had “acted foolishly.”

When the foreign ministry in Bishkek began to make inquiries, they were informed that Asylbek uulu held a Kazakh passport. This is a problematic issue because MPs are not allowed to hold dual citizenship. The Kazakh passport was later cancelled by authorities in Nur-Sultan and Asylbek uulu was sentenced as a Kyrgyz citizen.

There is a parallel drama that is important to bear in mind to get the fuller picture, however.

Around the time of Jeenbekov’s election win, Kazakhstan was subjecting Kyrgyzstan to something of a trade embargo, leading to gigantic lines of trucks forming at the border. At the time, Kazakhstan had cited counter-smuggling operations as the reason for the paralysis at the frontier. A similarly convincing explanation though was that this embargo was petty retribution for a fiery invective leveled at Kazakh leader Nursultan Nazarbayev by his Kyrgyz counterpart, Jeenbekov's predecessor Almazbek Atambayev.

This trade crisis was eventually papered over amid exchanges of niceties between Nazarbayev and Jeenbekov. But Kazakhstan and Kyrgyzstan have again, in recent weeks, endured another border crisis.

The timing of this latest bout of trade-spoiling on Kazakhstan’s part is less easy to understand.

Was Kazakhstan seeking to bring Moscow’s attention its displeasure with the state of the EEU? some observers wondered. It felt like a curious coincidence that the tailbacks began just before Russian President Vladimir Putin made a much-trumpeted visit to Bishkek in late March.

The problem of smuggling in the EEU is evidently something that has Moscow worried.

According to an Interfax report from earlier this month, Putin has ordered his Federal Security Service to take measures to stem contraband schemes worth up to 10 billion rubles, or more than $150 million. The report mentions warehouses in both Kazakhstan and Kyrgyzstan as sources for illicit goods turning up in Russian markets.

The presumed source of these suspect goods is China, whose exports EEU members should be slapping with punitive tariffs. The implication is that sketchy customs officials are turning a blind eye to incoming wares in exchange for a financial consideration. Kazakhs say the Kyrgyz are doing this shamelessly. The same accusation is also flung in the opposite direction.

Asylbek uulu was not the only notable in the busted ring. Esbol Djapbasov, a co-conspirator, got 14 years in prison as part of the same case.

A report from last year by Kazakhstan’s government-loyal KTK broadcaster showed that Djapbasov, whose citizenship was not disclosed, owned several grand houses in Kazakhstan and a mini-palace in Bishkek. The report cast him as an underling of Kamchi Kolbayev, Kyrgyzstan’s presumed preeminent mob boss and a senior-ranking representative of the international vory v zakone (thieves-in-law) fraternity.

Kolbayev, who is believed to reside in Dubai, is sanctioned by the U.S. Treasury for his alleged role in the transnational heroin networks. In 2014, he walked free following a trifling one-and-a-half year stint behind bars in Kyrgyzstan.

Finally, there is the man who many believe to be smuggler-in-chief, the leading scourge of the EEU and the power behind the throne in Kyrgyzstan: long-time customs bigwig Rayimbek Matraimov.

Matraimov was dismissed as deputy head of the customs service by then-Prime Minister Sapar Isakov in early 2018. Isakov has himself since ended up in jail, victim of elite infighting, while Matraimov is believed to continue wielding influence from behind the scenes.

Undeterred by the accusations leveled against him in the past, Matraimov is seeking formal reinstatement and has already won two court cases challenging the government for wrongful dismissal. His most recent successful court case concluded in December.

The government likely appreciates how incendiary any reinstatement would be, so it feels like they are dragging their feet. The enraged reaction of powerful neighbors to any such move is almost certainly another a topmost consideration for senior Kyrgyz officials.