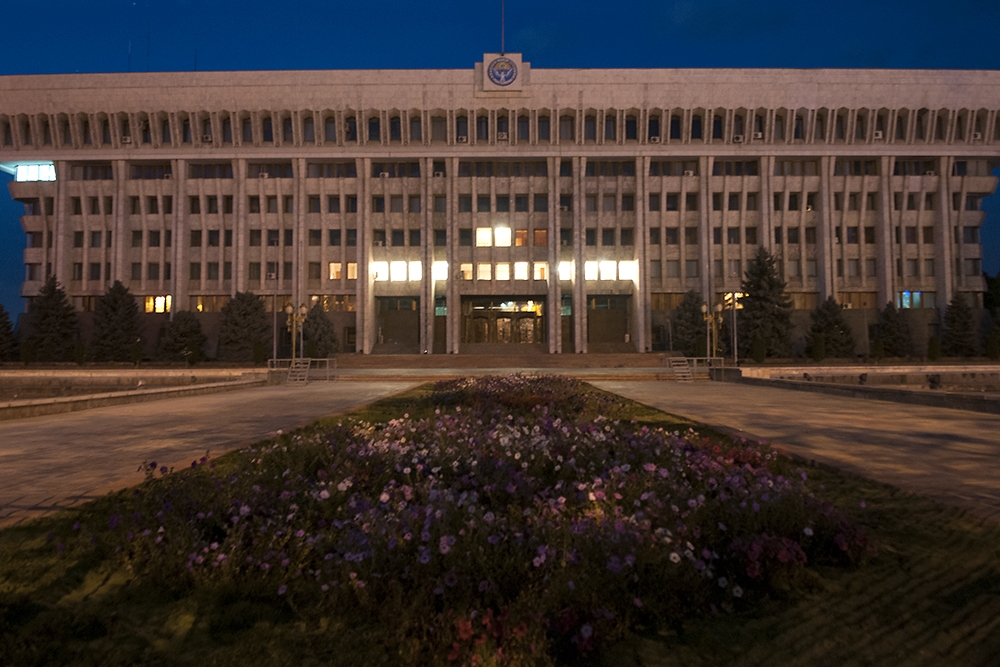 In a cautiously hopeful sign for Kyrgyzstan’s ongoing experiment in parliamentary democracy, MPs appear to be growing more responsive to public pressure. Earlier in October, Kyrgyz MPs wilted in the face of public indignation and cancelled a public tender for the purchase of new seats for its deputies, a development that highlighted the emerging power of social media in the country.

Four days after parliamentary elections on October 4, the administration of the legislature, which is known as the Zhogorku Kenesh, published a call on the official procurement website for a contractor to provide 120 new chairs for incoming MPs, priced at $310 apiece.

The timing could not have been worse, since the tender was published right on the heels of the country’s most expensive election in its history.

Before long, social media began teeming with caustic observations by journalists, civil activists and some politicians. Many published photographs of their office chairs with the hashtags #120кресел (120 chairs) and #уятбарвы, Kyrgyz for “shame on you.”

Janar Akayev, a journalist and candidate with the Social Democratic Party (SDPK), supported the campaign and wrote on his Facebook page that he did not need a chair worth $310 USD. “Oligarchs can buy chairs worth a million with their own money,” he wrote.

Some deputies disagreed, however.

Maksat Sabirov, from the Respublika-Ata Jurt party, characterized the purchase of new furniture as “not a privilege, but a normal process.”

“My chair broke four times, I spent last two month in a non-repaired chair. In fact, 50 chairs need to be repaired, there is nothing special about this,” he told journalists.

Seizing on the momentum of the Facebook and Twitter campaign, the Movement Against Cancer in Kyrgyzstan launched an online petition for the money to be spent on the renovation of medical equipment instead of buying chairs.

Parliament backtracked on its chair-buying proposal on October 13.

The seat buying appeared problematic for reasons other than cost, which were relatively negligible compared to the amount of money spent on revamping parliaments in some Western countries. A report commissioned by parliament in Britain earlier this year estimated that renovating the world-famous Palace of Westminster, where the members sit, could cost $10 billion and take 40 years to complete.

A statement issued by Kyrgyzstan’s parliament claimed the tender had been published without prior consent from the speaker, Asylbek Jeenbekov, who was absent on campaigning duties. “The tender was cancelled on the instructions of the speaker,” the statement said.

The head of the parliament’s logistics department, Joldubai Sagynbaev, refused to comment on the tender. Meanwhile, an employee in the procurement department insisted to EurasiaNet.org that the cancellation of the tender was not instigated by the public outcry.

Journalist Azamat Tynayev, who was one of the initiators of the movement to rally public opposition to the chair boondoggle, is skeptical of such denials. “Only the dead would fail to react to this. This decision [to buy chairs] was outrageous, especially after all these statements from candidates about parliament needing to save money and optimize its budget,” he told EurasiaNet.org.

Tynayev suggested there might not have been such protest had the plan been limited only to replacing broken chairs.

“Besides, the tender itself raised doubts about the transparency of the process. The announcement was so detailed that it seemed like it was created specifically for some particular contractor,” Tynayev said. “After the first wave of criticism, the parliament announced the price of the chairs could be reduced. So why didn’t they announce a smaller price from the very beginning?”

Tynayev began his campaign against MP privileges in September, at the height of the election campaign. Activists proposed that political parties running for parliament should sign a declaration committing them to do away with such perks as personal official cars, prestige number plates, salary benefits and apartments. Four out of the six parties that got into parliament — Respublika-Ata Jurt, Bir Bol, Ata-Meken and Kyrgyzstan — adhered to the pledge.

The other two parties in parliament — SDPK and Onuguu-Progress — did not sign the document, but gave verbal support for the initiative, Tynayev said.

Svetlana Margolis, a manager at a company specializing in social media marketing, said she was confident that the wave of online protest was key to having the tender scrapped. “We are ready to discuss problems, we are ready to hold transparent elections,” Margolos said. “And if we can be heard — that is great."