Parliament has asked prosecutors to consider a criminal investigation. 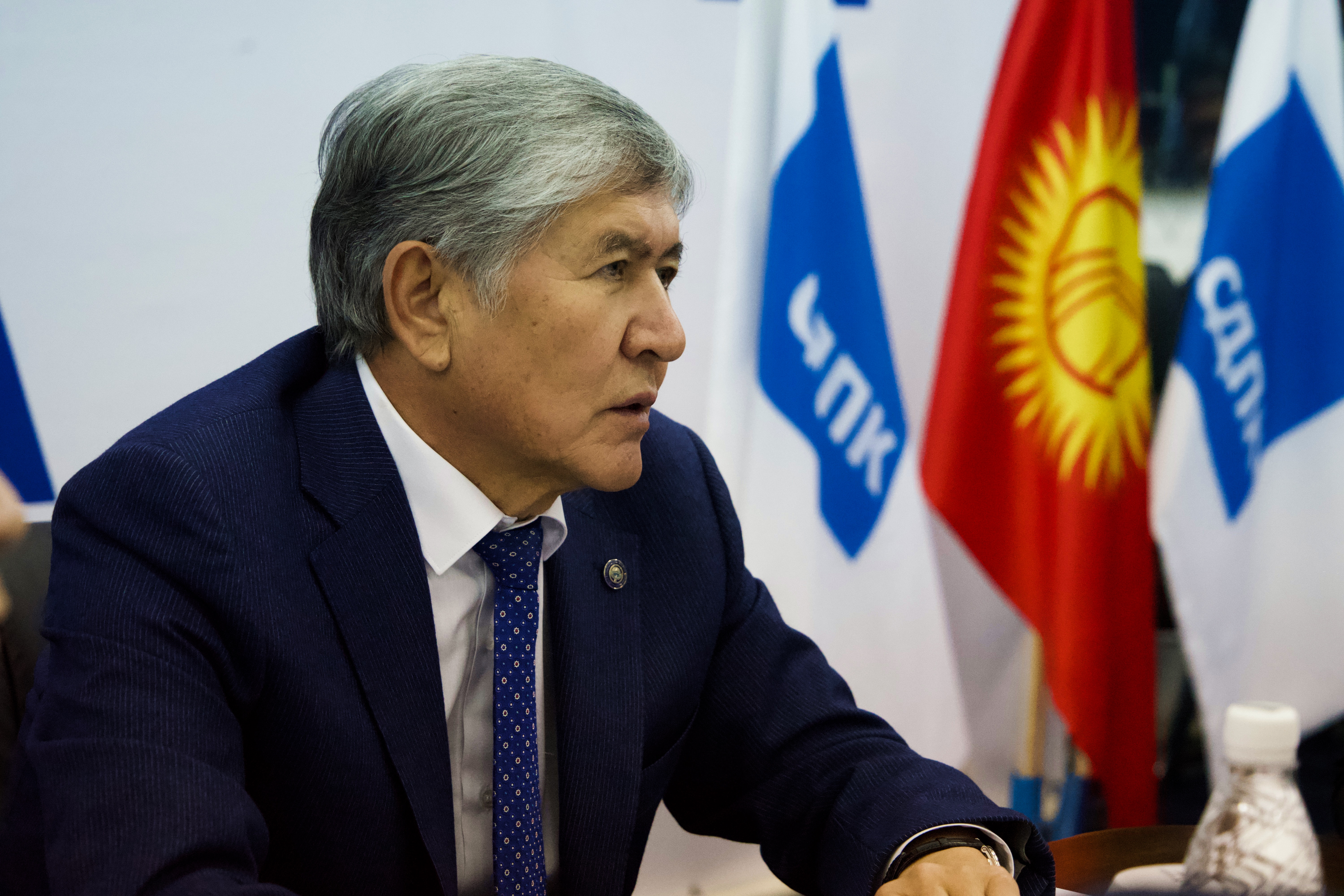 Kyrgyzstan’s parliament has with blistering rapidity approved measures that could land former president Almazbek Atambayev in a jail cell within weeks.

Atambayev incensed lawmakers in a speech to supporters earlier this month by referring to the legislative chamber as being “snot-filled.”

In what appears like a reprisal for those remarks, deputies formed an ad hoc commission to determine whether the ex-head of state should be stripped of immunity and face investigation on charges of corruption and abuse of power.

On June 20, after just two days of deliberations, the commission gave their backing to the proposal. Within hours, lawmakers voted 100 to five at a plenary sitting to send the entire case to the General Prosecutor’s Office for further consideration.

If prosecutors should find sufficient grounds for opening a criminal probe, the ball will pass back to parliament, which will with near-certainty deprive Atambayev of immunity.

The haste of the whole process has been ensured by the deepening well of hatred between Atambayev and his successor, Sooronbai Jeenbekov. The two men were allies prior to Jeenbekov’s election in 2017 – a process that Atambayev helped engineer – but power came between them.

The parliamentary commission summoned to review the Atambayev case drew up a list of nine wrongdoings that lawmakers attribute to Atambayev. Some items from that list were dropped in the resolution voted on in plenary.

The most prominent charge is that Atambayev engaged in corrupt acts while approving the modernization of an important power plant in the capital, Bishkek. The resolution also contends that Atambayev was involved in murky deals connected with the supply of coal to the power station and the acquisition of land on the outskirts of Bishkek, where he has built a house.

Another allegation is that he illegally ordered the release of a notorious crime boss in 2013.

The accusations appear to rest at least partly on testimonies provided by former allies now under arrest in connection with ongoing investigations.

In a statement on June 21, Atambayev described the accusation coming out of parliament as “completely absurd.”

“[The accusations] have no legal basis and are based on rumors and being advanced only out of the desire of the current president to eliminate a political opponent,” Atambayev said.

The immunity-stripping idea has been in the air for the best part of a year. In a speech to his dwindling band of supporters, Atambayev earlier this month scorned the proposal as a political hit job ordered by Jeenbekov that he said would be implemented by a “snot-filled” parliament.

Atambayev’s prosecution would represent the climax of more than a year of one-sided political struggle that has seen nearly all his closest allies jailed for corruption. The former president, whose single constitutionally permitted term lasted from 2011 to 2017, had initially hoped that some of those holdovers – notably former Prime Minister Sapar Isakov – would allow him to control politics from retirement.

Jeenbekov had other ideas and has spoken angrily about Atambayev’s plans to turn him into a puppet president.

Isakov, a young, self-styled technocrat, has been in jail for the past year on corruption charges linked to the power plant modernization but has not yet been sentenced.

Atambayev has reportedly said he has no plans to flee the country.

Were he to change his mind, one location that can certainly be ruled out as a potential sanctuary is Belarus. That is the current home of Atambayev’s one-time arch-enemy, ex-President Kurmanbek Bakiyev.

Atambayev engaged in a war of words with Belarusian President Aleksandr Lukashenka over the latter’s agreement to host the former ruling family, who were ejected by the 2010 revolution that brought Atambayev to power.

Kyrgyz presidents are limited to a single six-year term in office. This constitutional provision has been hailed as a check on authoritarian excess, but this whole episode has made it instead a source of uncertainty in the country's turbulent politics.

If Jeenbekov manages to bundle Atambayev into prison, it would rid him of a troublesome pest. But his own term will end in 2023. What will happen then? If this story shows anything, it is that attempting to install loyalist puppets is not as straightforward as it seems.