Everybody involved is frantically trying to shift the blame 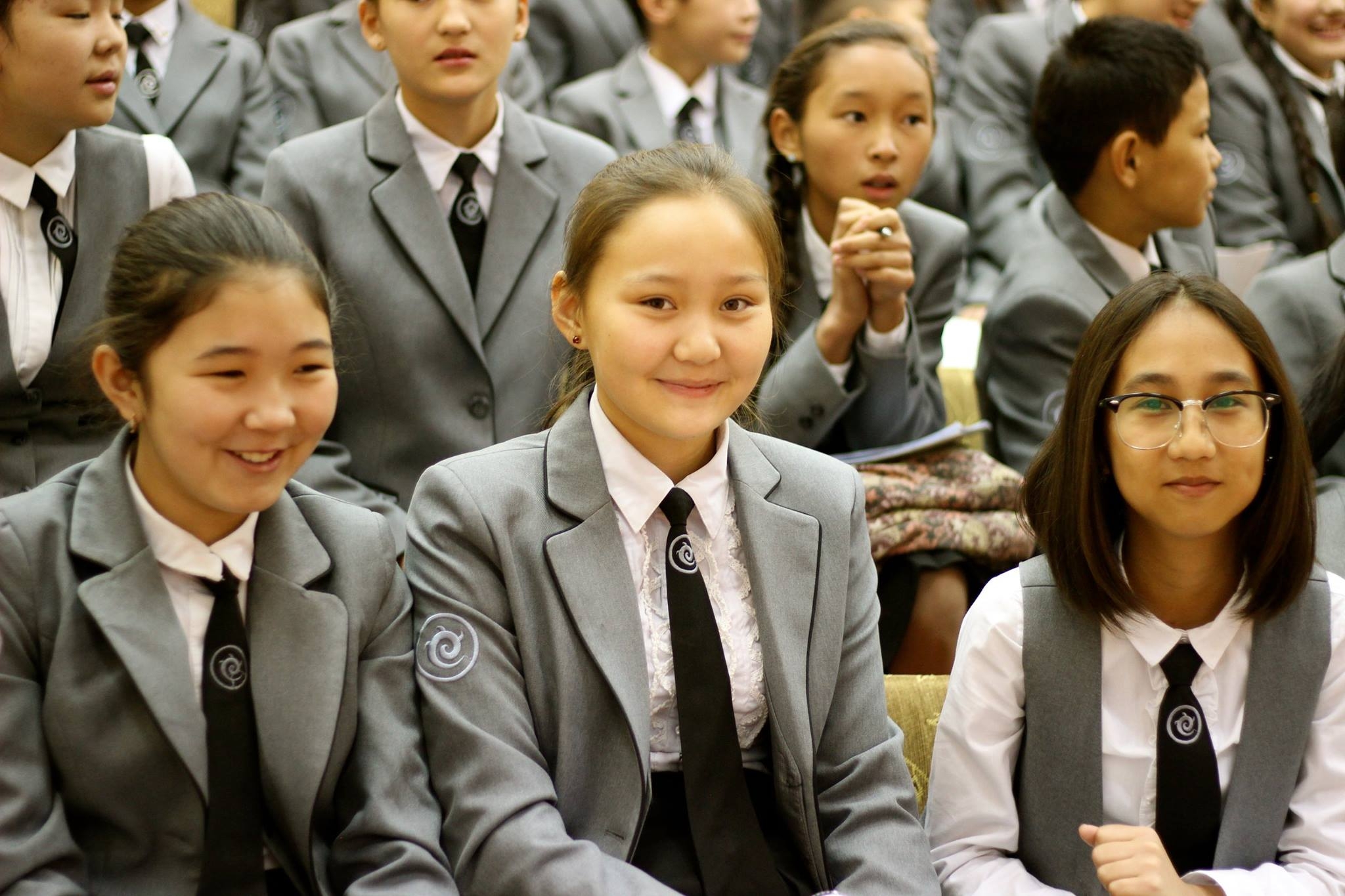 Schoolchildren receiving the latest edition of state-approved textbooks have little to smile about. (Photo: UNDP in Kyrgyzstan)

The books, which are rented out to pupils by government schools, have been created for the 11-to-13 age range and were partly financed with aid provided by the World Bank.

The Education Ministry and the National Academy of Sciences are in the crosshairs of critics indignant at the sloppy standards on show, but officials are in no hurry to shoulder the blame.

Independent media outlet Kaktus got the public indignation rolling with an October 12 piece in which they pointed out some of the more egregious errors detected in a geography manual for fifth- and sixth-grade students of Russian-language schools.

Some of the solecisms simply buck modern scientific convention, such as when the book indicates Pluto as the ninth planet in the solar system. The International Astronomical Union downgraded Pluto to a dwarf planet back in 2006.

But this book is also replete with basic spelling and grammatical errors too. Commas appear where they shouldn’t and go missing when required. Some sentences dissolve into meaninglessness. Illustrations appear to have been cobbled together from Google image searches. Some of the pictures are protected by copyright.

Three days after Kaktus’ article was published, one of the authors of the Russian-language geography textbook, one K.K. Dzhunushaliyeva, offered a defense of her work.

Her riposte correctly noted the still-ongoing debate over Pluto’s status, but entirely disregarded the typos that Kaktus claimed occur on almost every page.

The Education Ministry’s reaction was even more evasive.

Authorities have already had to fend off criticism for levying a textbook rental charge of 25 som ($0.36) per textbook from most children. They say this measure is needed to help regularly reinvigorate the tired national stock. And they are under fire for late delivery of the textbooks to many schools.

So this time around, the ministry has opted for buck-passing. In a statement on October 13 about the geography reader, it absolved itself of all responsibility and suggested that it would sue the publisher.

The publisher in turn tried to offload the blame onto a subcontractor whose management denied signing off on the final text.

By that time, media outlets were getting stuck into other books in the series and proving that geography was no isolated case.

“Seven mistakes on a single page. This is the textbook that officials recommended for schoolchildren,” crowed the title of an October 15 report by 24.kg on a natural history textbook.

24.kg noted that the authors of the book had proudly asserted that they would be spelling the word ‘nature’ with a capitalized ‘N’ throughout the book so as to infuse schoolers with love and respect for the sciences.

But then halfway through the textbook they abandoned this policy without explanation and began spelling the word with a lower-case initial, 24.kg claimed.

The broader concern is that the sloppy textbooks will drag schoolchildren down to their level. Learning conditions are tough enough as it is, what with crowded classrooms and shortages of equipment being common features of the Kyrgyz educational system.

Kyrgyzstan twice ranked last out of over 70 countries when it participated in the Program for International Student Assessment, or PISA, a study conducted by the Organization for Economic Co-operation and Development to assess learning outcomes among 15-year-olds in math, science and reading. In 2012, Kyrgyzstan left the program altogether.

It is not clear how exactly the government plans to stop the educational rot. Anywhere between 20 and 25 percent of the state budget is already devoted to the sector.

The situation can only stand to instill cynicism in a fresh generation, as Kaktus has caustically argued: Why should they lose marks "for making more than one mistake in dictation” — a Soviet-era subject that has survived to this day — when their books are so full of errors?