Workers may lose the right to earn and draw pensions at the same time. 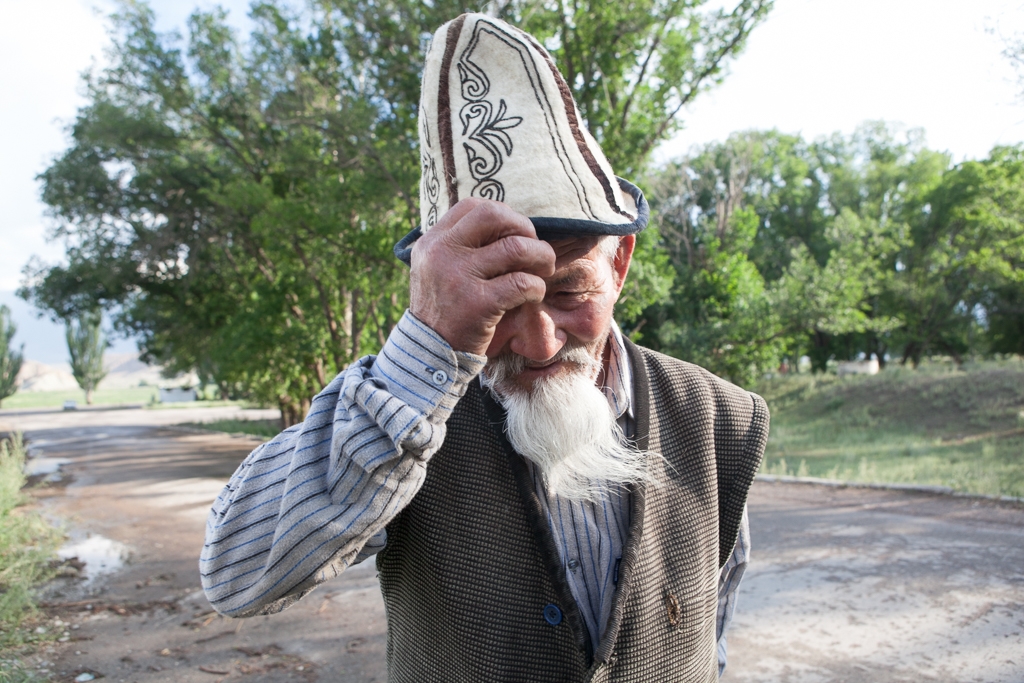 Reform is needed, but many don’t trust the government to do it fairly. (David Trilling/Eurasianet file photo)

Kyrgyzstan’s government is mulling pension reforms, but proposals that would hammer a hard-up population’s purchasing power are being greeted with boos.

As one of the most remittance-dependent economies in the world, the Kyrgyz pension pot suffers from a deep contradiction.

Migrants, who typically send home more money than most of their compatriots at home can earn, tend not to pay into the pot. Nor do workers in the informal economy, which officials estimate accounts for between a fifth and two-fifths of GDP.

Trust is low, moreover, in the corruption-prone government’s ability to manage mandatory deductions from wages.

Experts have warned for a long time that such a situation is not sustainable and that the window for reform is closing.

Presently all pension-age citizens are currently able to draw some sort of monthly payment, however meager.

Authorities seem bent on changing that.

Tentative plans unveiled by officials would raise the pension age for women to 60, bar citizens from working and drawing pensions at the same time, and reduce opportunities for drawing pensions early.

Gulnara Zhamatayeva, deputy head of the Social Fund that oversees pensions said during a hearing in parliament on April 13 that civil servants working beyond retirement age – currently 58 for women and 63 for men – would be offered a choice “either [draw] a pension or a salary, since both payments come from the state budget.”

The suggestions prompted a wave of indignation on social media, where commentators pointed out that double-drawers are hardly living a life of luxury.

“The new pension reform is a crime against the people,” wrote one former civil servant in a typical refrain.

Other commentaries included less than flattering references to Edil Baisalov, who is playing bad cop on the topic: “If you don’t make contributions, you won’t receive a pension,” he said in parliament on April 11.

While Baisalov insists that the pension age for women will need to rise as women live longer, he noted this could happen gradually, by half a year every year.

That would mirror the approach in Kazakhstan, where the female pension age has been ticking up gradually since a similar plan was rolled out almost a decade ago to an uproar that caught officials off-guard.

Authorities have stressed that proposals are so far only being discussed, with Baisalov arguing a decision needs to be made on the new policy before parliament breaks for the summer.

Streamlining pensions has long been an ambition for his boss, cabinet head Akylbek Japarov.

As finance minister back in 2012, Japarov called for working pensioners to lose their right to draw from the fund. That suggestion was slapped down by then-prime minister Omurbek Babanov and roundly criticized by civil society leaders.

Svetlana Bashtavenko, president of the Resource Center for the Elderly, a non-profit, told Eurasianet at the time that elderly folk were “outraged” at “a man of means” like Japarov cutting them off while they were still making state contributions.

Perhaps in an effort to show he is beginning at home, Japarov demanded on April 18 that the government save 112 million soms ($1.4 million) on office paper by shifting to two-sided printing.

For populist President Sadyr Japarov (no relation), austerity talk is a more awkward fit. One proposal currently being floated is to prevent people that live in high altitude regions from being able to draw pensions in their mid-40s, as is currently the case. Kyrgyzstan’s head of state styles himself as a friend of the rural communities, for whom this concession is most relevant.

Nevertheless, he is warming to the theme.

Earlier this month he begged citizens to avoid spending money on frivolous things, noting that “the latest world events” – an oblique reference to Ukraine – could see a struggling, inflation-ridden economy suffer even further.

“​​I urge all of us to reconsider spending, delay buying expensive items, stop spending on ceremonies and wasting money,” he told a meeting of civil servants on April 4, in comments reported by 24.kg.

As the news agency pointed out, these words might ring less hollow if Japarov’s much commented-upon wardrobe wasn’t packed with clothing worth dozens of pensions per item.