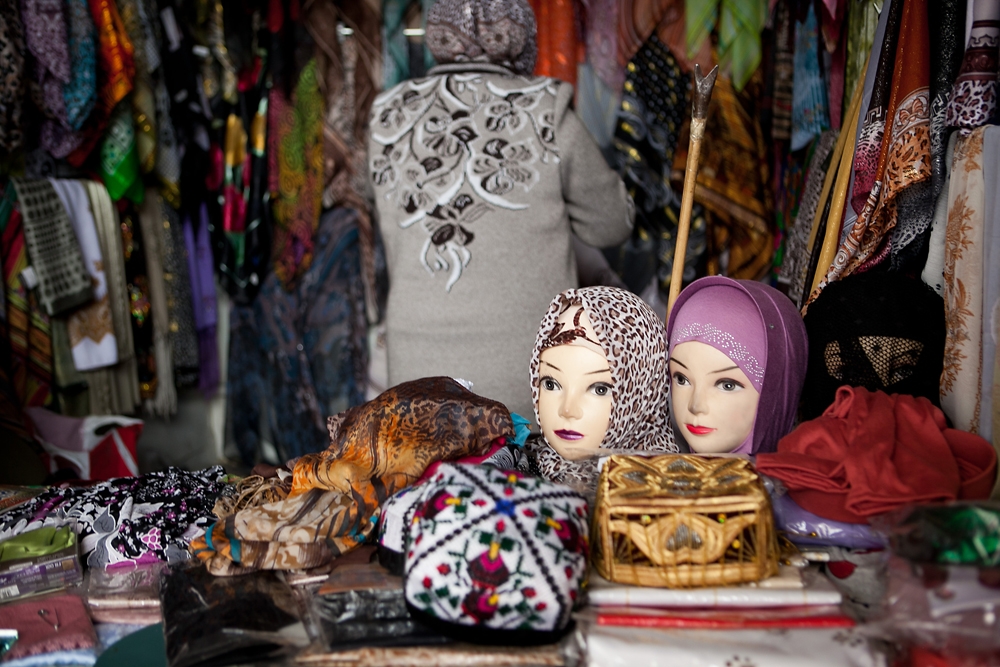 The Kyrgyz Interior Ministry claim Muslim women are rapidly growing as a proportion of Islamic extremists in the country. (Photo: David Trilling)

When police searched Dilorom’s house and arrested her for possession of banned religious literature in early 2012, the event shocked her small town in southern Kyrgyzstan.

Dilorom, a retired 57-year-old former communist functionary and mother of three, led a quiet life and enjoyed the respect of her neighbors because she gave free lessons on the tenets of Islam to local women and girls. Adding to the intrigue, upon her release Dilorom (not her real name) suddenly disappeared.

Her whereabouts are still unknown, but some neighbors believe that Dilorom, after paying a bribe to secure her release from jail, is now in Syria with her 40-year-old son, two among hundreds of Central Asians believed to be fighting with Islamist militants.

In recent months, Kyrgyz security forces have arrested dozens of women on suspicion of ties to radical groups, according to local press reports. Officials claim the raids have led to the recovery of banned leaflets and have disrupted extremist cells that were recruiting new female members. One group that is often fingered is Hizb-ut Tahrir, an Islamist political organization banned throughout Central Asia, but which has never been linked to violence and is tolerated in the West.

Concrete information on the workings of radical groups in Kyrgyzstan is sparse, on the role that women play in those groups even more so. Four Hizb-ut Tahrir members approached by EurasiaNet.org declined to comment on the number of women within the organization's ranks. But one activist based in the southern town of Kara-Suu acknowledged that “enlisting support from various segments of society, including women, is one of the major parts of our strategy.”

Overall, the Interior Ministry (which some believes exaggerates the threat to justify repressive police tactics) estimates that women are rapidly growing as a proportion of religious radicals. In December 2013, the Interior Ministry said women constituted 23 percent of the 1,700 known Islamic extremists in Kyrgyzstan, up from 1.1 percent in 2005. Later, a senior official from the ministry said women comprise 7 percent of roughly 1,700 suspects.

Kyrgyz police are suspicious of informal religious study groups like the one Dilorom ran out of her home. Though the goal of these circles is ostensibly to study the Koran, police claim they are breeding grounds for extremists. The police also claim that such informal study circles help recruit women to fight in Syria, or support their husbands in the fight.

“Increasing female involvement in extremism and terrorism is a global trend. Kyrgyzstan is also witnessing the emergence of groups of women that are propagating the ideas of radical organizations,” Emil Jeenbekov, deputy head of the Interior Ministry department that deals with religious extremism, told Radio Azattyk in March.

Jamal Frontbek kyzy, leader of Mutakallim, a Bishkek-based NGO that promotes the rights of Muslim women, told EurasiaNet.org that the majority of women who join extremist groups are recruited by their husbands. “A portrait of a would-be female member of an extremist group is the following: she is from a low-income family, someone who lacks good knowledge of the tenets of Islam, and someone who is pressured by her parents to marry early,” she said.

Extremists take advantage of undereducated women interested in Islam, who have nowhere to turn in mainstream Mosque culture. “Mosques have no specialists who work with women,” Frontbek kyzy said. “Extremist groups, which have lots of money and resources, take advantage of Muslim women’s desire to obtain religious knowledge.”

State repression and corruption are also often cited as causes of radicalization.  Dilorom’s younger son who is a construction worker in southern Kyrgyzstan, said his mother and brother left Kyrgyzstan after her release “because they could not bear the police harassment.”

In 2010 and 2011, Dilorom’s son spent a year in jail on charges related to the ethnic violence that struck southern Kyrgyzstan that summer. Under the terms of his release, he must report to the police regularly. Speaking on condition of anonymity out of fear for his safety, Dilorom’s son said local police officers – who are predominately ethnic Kyrgyz, while he is a minority Uzbek – frequently extort money with threats of arrest. Others describe similar treatment. Local human rights activists regularly charge that Kyrgyz police are more interested in shaking down members of minority groups than in protecting their communities.

Observers are divided on the dangers of the rising number of female radicals. One Bishkek-based researcher who specializes in Islamic groups said that authorities' one-size-fits-all approach is undermining their own stabilization efforts; they are not able to distinguish between potential radicals and members of proselytizing groups with no violent tendencies, such as Tablighi Jamaat.

A police officer in Osh expressed frustration with trying to “reason with” female members of Hizb-ut Tahrir, who are “brainwashed,” but argued that “using force will not help.”

That approach explains a fear of the authorities in women like Khalysa, who followed her late husband with their children to Syria, where he was killed in battle. Khalysa says that though she has never been involved in extremist activities, she fears returning to Kyrgyzstan. She expects that if she returned, law enforcement agencies would harass her and her children.