The hydropower facility is the source of 40 percent of Kyrgyzstan’s electricity. 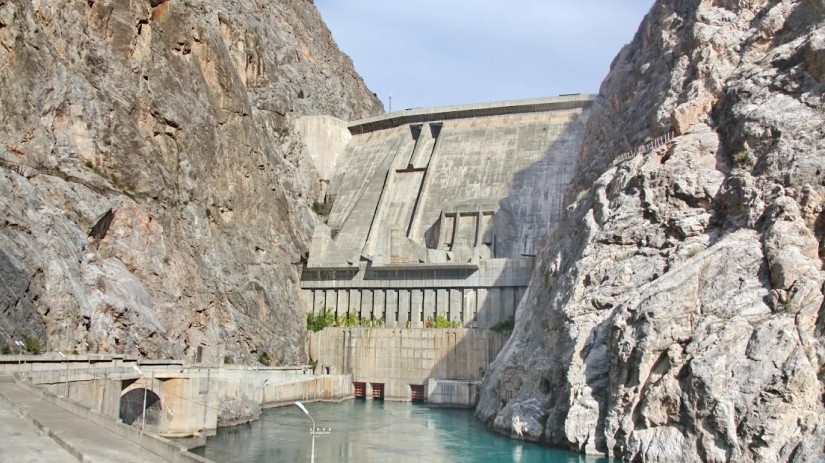 A senior government official in Kazakhstan has warned that neighboring Kyrgyzstan is struggling to restore viable water levels at its Toktogul reservoir.

Failure to restore depleted water supplies at Toktogul, whose hydropower generator acts as the source of around 40 percent of Kyrgyzstan’s power, may spell trouble for farming downstream in Kazakhstan.

Kazakh Energy Minister Bolat Akchulakov told journalists on January 14 that the difficulty in filling the reservoir had arisen as a result of water discharges and because “natural conditions” made it impossible to collect the amount of water required.

“During the growing season in the south, we always need water. Unfortunately, this year our colleagues from Kyrgyzstan are saying that they are unable to accumulate enough water [in the Toktogul reservoir],” Akchulakov said.

Kyrgyz officials have been signaling the possibility of this eventuality since last year. In October, Kyrgyz Deputy Energy Minister Taalaibek Ibrayev said at a regional conference that it was imperative that Toktogul be allowed to fill in 2022 and he warned that this requirement would have consequences for neighbors.

“This situation will not allow the region to successfully get through the growing season next year,” Ibrayev told the conference.

Toktogul can hold up to 19.5 billion cubic meters (bcm) of water. At 5.5 bcm, the level is considered “dead” – too low to produce electricity. The reservoir currently contains 8.6 bcm of water, down from 10.1 bcm in mid-February 2021.

As things stand, it looks all but impossible that Kyrgyzstan will be able to live up to its commitments to Kazakhstan.

Akchulakov suggested, notwithstanding the concerns registered by Kyrgyzstan, that Kazakhstan expect this deal to be respected.

“We are completing our deliveries this year, by February already. We and our colleagues from Kyrgyzstan are in dialogue – there are around 167 million kilowatt hours left [to deliver],” Akchulakov said. “And then we will expect them to commit to their side [of the bargain]. Because the electricity that they return is, as it happens, connected to the fact that they are supposed to dump water through their hydropower station at the Toktogul reservoir, they generate electricity and accordingly send water with it.”

The prospect of Kyrgyzstan being unable to use Toktogul to generate the required amounts of electricity threatens to worsen an existing power deficit crisis.

Speaking on February 10, the head of the Kyrgyz Cabinet, Akylbek Japarov said that the country lacked “6 billion kilowatt hours of electricity for the full functioning of the economy.” It appears he was alluding to annual capacity, although this was not stated.

Japarov estimated that it would take the country two to three years to emerge from the current energy crisis, something that he said could be achieved in part by building wind and solar plants, as well as additional small hydroelectric power generators.