Any success adapting this first group of children could represent a lifeline for the estimated 400 Kyrgyzstani women and children still languishing in northeast Syria. 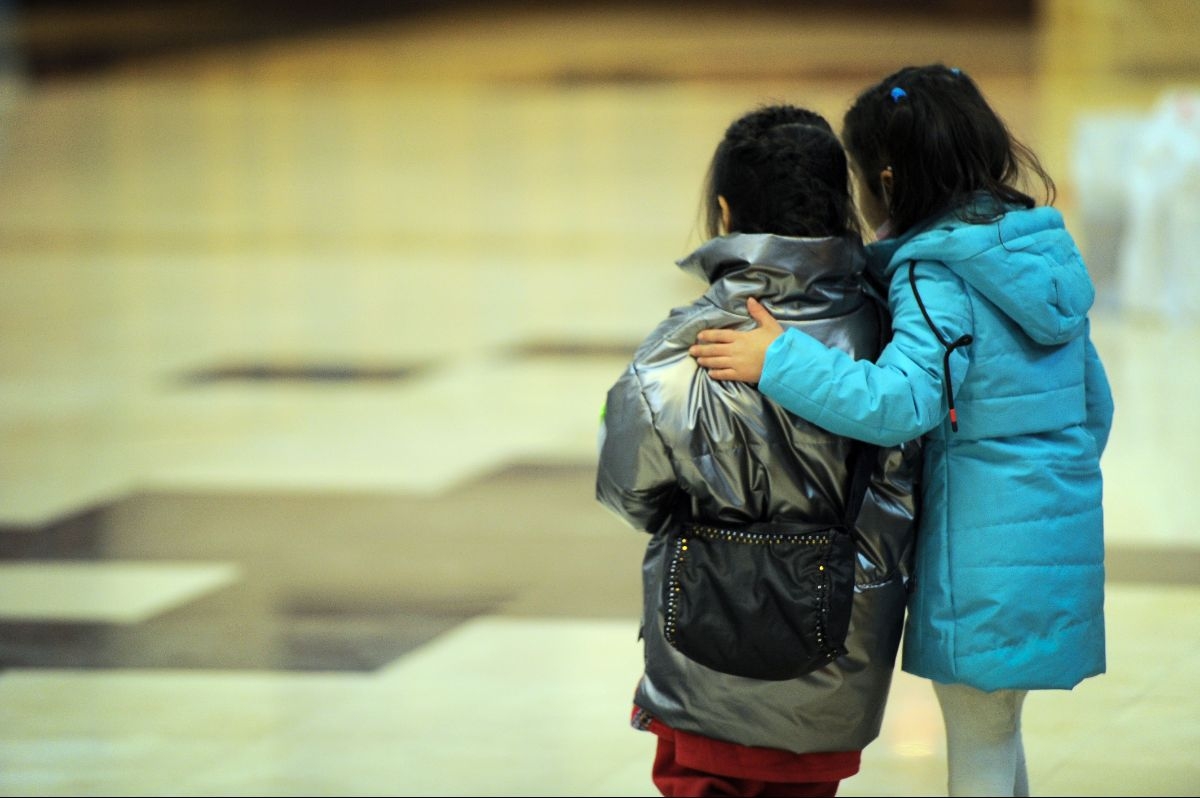 In the middle of March 2021, a plane landed in Kyrgyzstan with 79 children onboard. Only days earlier, they had all been stuck in Iraqi prisons.

Many of the children were taken to the Middle East as toddlers by parents lured by the ideological appeal of enrolling in militant Islamic groups. Almost half of them were born in the conflict zones.

Getting them out had taken two years of painstaking negotiations between Kyrgyz and Iraqi officials.

The Kyrgyz security services, known as the GKNB, believe around 800 Kyrgyz nationals traveled to Syria and Iraq between 2014 and 2015. Hundreds died in battle. Around 400 women and children are still living in refugee camps in northeast Syria.

The process of easing them back into normal life will be an even tougher challenge than anything they have faced before. Kyrgyzstan has looked at the experiences of neighboring countries to ensure minimal trauma and long-lasting developmental harm.

On March 19, 2021, President Sadyr Japarov spelled out his government’s pledge.

Children that “experienced the consequences of armed conflict in a foreign land … need to be shown that in their homeland they will always find shelter, care and protection,” he said.

After the children were repatriated, they were placed for almost four months at an orphanage in the village of Dmitrievka, just outside of Bishkek. There they underwent medical and psychological evaluations pending efforts to organize their resettlement into families. Authorities needed at times to use DNA technology to establish that the children were related to the families taking them in, since there was often no other reliable way to establish identities.

Cholpon Orozobekova, the head of the Bulan Institute, a Geneva-based research group focusing on counter-extremist strategies (and a former Eurasianet contributor), commended the Kyrgyz government’s efforts to learn from regional precedents.

“The Kyrgyz government learned from Tajikistan’s mistakes and made sure that the receiving families issued their prior agreement to host the repatriated children,” Orozobekova told Eurasianet.

In Tajikistan, 84 repatriated children have been living in boarding schools and orphanages ever since their return in May 2019, a fact that may be grievously affecting the adaptive process. Kyrgyzstan’s approach was closer to that in Uzbekistan, which placed a strong emphasis on placing children with families to facilitate smoother reintegration.

One major complication is that the children had no documents to prove their identity. Enshrining their basic right to citizenship required bending legal norms near to the breaking point. This was particularly the case with children born outside of Kyrgyzstan without any birth certificates or other forms of basic paperwork.

Kyrgyz authorities have striven to keep the readaptation process away from the glare of public attention. The Labor, Welfare and Migration Ministry, which has been tasked with handling this process, has refrained from divulging too much information about how things are going. But that is deemed a necessary cost of shielding children and families from the potential stigmatization and discrimination that would arise from their names becoming known.

Another lesson learned from Uzbekistan is to refrain from providing material support to the families – as opposed to help in other forms – so as to avoid public backlashes. There was much grumbling in Uzbekistan that the state was spending money on the repatriated wives and children of alleged militants and criminals while failing to provide enough for other people in desperate need of economic assistance. Some bitterly remarked that they too should have traveled to Syria and Iraq to get their share of welfare payments.

Some of the most important restorative work has been done by the International Committee for the Red Cross, or ICRC, and the Red Crescent Society of Kyrgyzstan, or RCSK. The ICRC has among other things been providing mental health and psychosocial support, which is known by the acronym MHPSS.

“For a smoother rehabilitation and reintegration into the society, the need for MPHSS was pre-identified both for the children and for hosting families by the ICRC mission in Kyrgyzstan,” Elena Esanu, the ICRC’s Deputy Protection Coordinator, told Eurasianet.

The experiences of Kazakhstan and Uzbekistan have underlined how mental health support is a priority and the ICRC says it has plans to continue its MHPSS well into the future.

That message is echoed by the U.S. Institute of Peace, or USIP, another organization involved in the process.

“Needs [assessments have shown] that due to the exposure to the brutalities of war and traumatic circumstances after the fall of the [Islamic State group in Syria and Iraq], these children will require constant MPHSS support,” Gavin Helf, a senior expert on Central Asia at USIP, told Eurasianet.

As Helf sees it, the key will be to build the capacities of local communities to provide that key support. USIP has accordingly teamed up with other organizations to build the skills of local psychologists, social workers, and nongovernmental groups providing psycho-social and trauma healing support.

Another difficulty is that almost all the children now getting new homes have missed out entirely on a normal education. There are cases of 15-year-old children with only three years of schooling.

“The children have interrupted and insufficient education due to the lack of elementary education in war zones and being in internment with their mothers in Iraq. They are significantly behind their peers, and some of them even have language problems, both in oral and written forms,” said Helf.

Supplemental education requires personal tutoring, which is costly. Families cannot always afford to pay for tutors, and that is especially so in households that have taken in several children.

Here too the USIP has stepped in, working with a local NGO to launch a pilot project that will cover the costs of supplemental education and tutoring for almost half of the repatriated children.

Any success registered in the adaptation program could represent a lifeline for the estimated 125 Kyrgyzstani women and 275 children still languishing in profoundly spartan camps in northeast Syria. The government has no concrete plans on when, how or even if more Kyrgyz children are to be brought back. Japarov has promised to complete the repatriation program by September 2021, but that target was not met.

The push for a more energetic repatriation campaign is being led by a group called Protyani Ruku Pomoschi (Lend a Helping Hand), an NGO formed by the relatives of the women and children currently stuck in the Syrian camps.

“We ask nothing from the state besides repatriating our daughters and grandchildren and restoring their documents. We are ready to cover all the expenses related to their rehabilitation and reintegration,” Hamida Yakubova, the chairwoman of the fund, told Eurasianet.

Most of the people needing to be brought home are fully without blame.

“Ninety percent of the women are victims of lies and manipulation by their husbands and fathers. They are not terrorists and do not pose any threat to society,” she said.