Tarasenko is taking it in his stride, claiming to have failed to turn up for questioning after oversleeping. 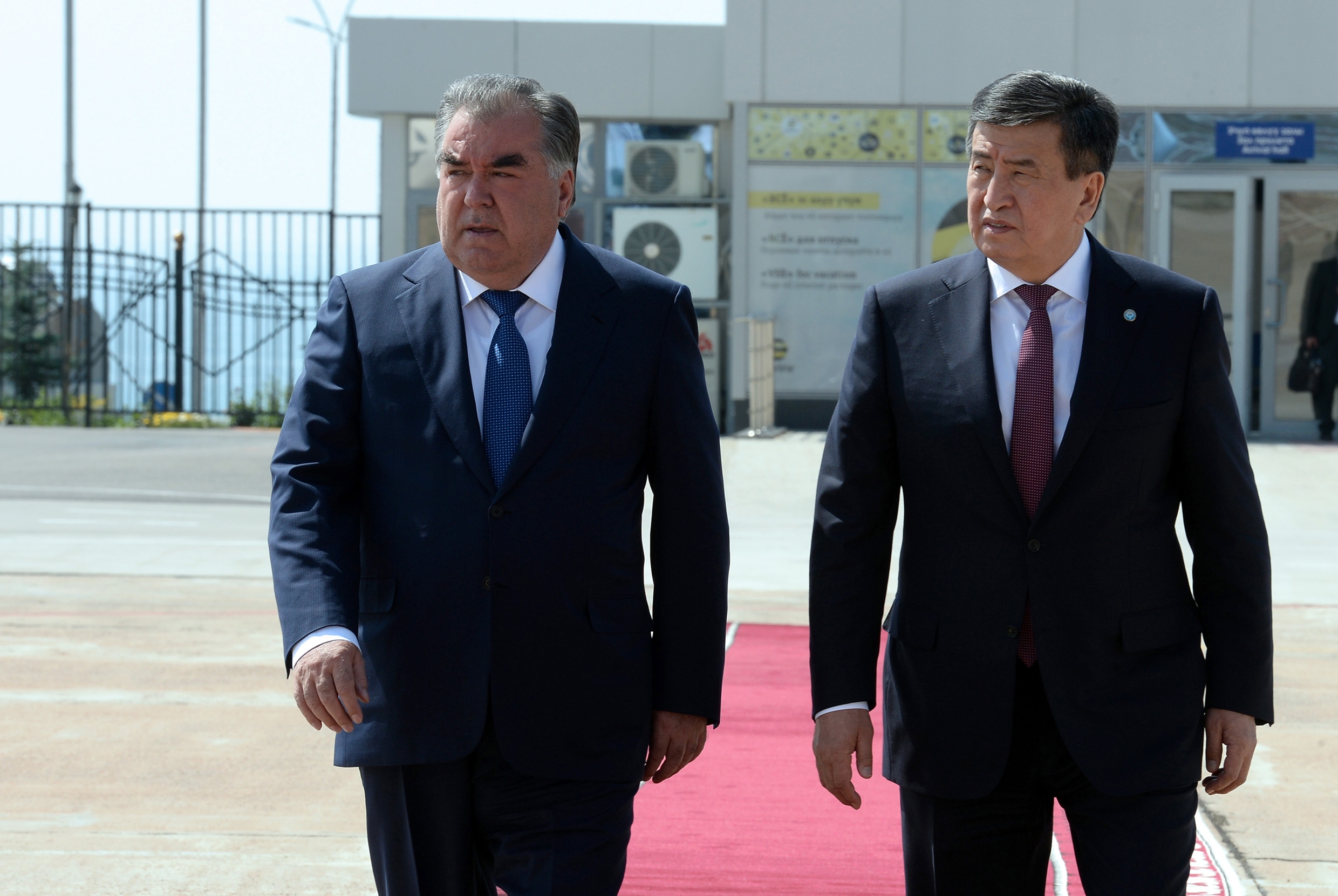 A security service summons for a graphic designer in Kyrgyzstan who depicted the president as a member of a southern-based criminal gang is emerging as the latest test of the nation’s free speech credentials.

The man at the center of the drama, Nikita Tarasenko, is taking a relaxed view on the matter, however.

Last week, when he was called in for questioning by the State Committee for National Security Service, or GKNB, Tarasenko failed to show up, claiming he had “overslept.”

The GKNB has said it will reissue the summons.

The offending picture, which accompanied a pithy Facebook post, depicted seven well-known politicians posing for a mafia-style group shot. One person depicted was President Sooronbai Jeenbekov. Beside him was Rayimbek Matraimov, a former customs bigwig who has developed a reputation as Kyrgyzstan’s kingmaker. On the other side of Matraimov is Asylbek Jeenbekov, the president’s younger brother.

In the row behind this trio are two of Matraimov’s brothers – a lawmaker and a district chief, respectively. The speaker of parliament and one of his predecessors complete the septet.

The picture is not just highly defamatory – the people depicted would hotly dispute that they are of a criminal disposition. All but one person shown is from the south, which adds an awkward regional dimension to this story. (Dastan Jumabekov, the parliament speaker, is from the Kara-Buura district of the northern Talas region).

The GKNB just this month cautioned that anybody deemed to be fueling “interregional discord” would be criminally investigated.

Politics in Kyrgyzstan have long been plagued by a division between the north, which is among other things the seat of the capital, Bishkek, and the more pronouncedly rural and traditional south.

Former President Almazbek Atambayev – a northerner – likes to claim that he had put paid to this problem after nudging Jeenbekov forward to take over as his successor. Jeenbekov secured the top seat by winning the 2017 election.

But politics move fast in Kyrgyzstan.

By early 2018, mentor and protégé had fallen out. Jeenbekov’s determination to pursue an independent course left his predecessor disappointed and critical. Matters became even more serious when the incumbent president flung many of his predecessor’s top allies in jail.

By the end of June, a parliament now wholly loyal to Jeenbekov had stripped Atambayev of immunity, paving the way to prosecution.

While Atambayev has boasted of having healed regional rifts, he and his camp have merrily resorted to regionalist dog whistles, invariably at Jeenbekov's expense.

Atambayev has compared Jeenbekov and Matraimov to the rulers of the Kokand Khanate, a short-lived but powerful empire that bossed the Ferghana Valley and its surroundings in the 18th and 19th century. He has also compared the same pair to the Bakiyevs, the former ruling family that stuffed government with kinsmen from their southern homeland before they were ousted in a burst of bloody political unrest that brought Atambayev to power.

The fact Tarasenko’s picture dovetails neatly with Atambayev’s anti-Jeenbekov messaging has led some to suggest the ex-president put him up to the task.

“A small clarification. This ‘mafia’ was created by your employer, Almazbek Atambayev,” noted one person commenting under Tarasenko's post, referencing the former president’s previous alliances with the men pictured.

Tarasenko responded in typically sarcastic fashion, posting a photo of himself pretending to snort a line of something white on a restaurant table littered with glasses of local beer and 20 som ($0.29) notes.

“At last Atambayev has brought me the cash for my (Facebook) posts. We are out celebrating,” he wrote.

The artist has tested boundaries before.

He was previously called into questioning by prosecutors after posting memes mocking a photoshoot of Jeenbekov at a resort on the shores of Lake Issyk-Kul.

Jeenbekov later said that news of the summons had been an “unpleasant surprise” for him and that he had found the photos funny. No further action was taken.