The geographical spread of the confrontations is causing alarm. 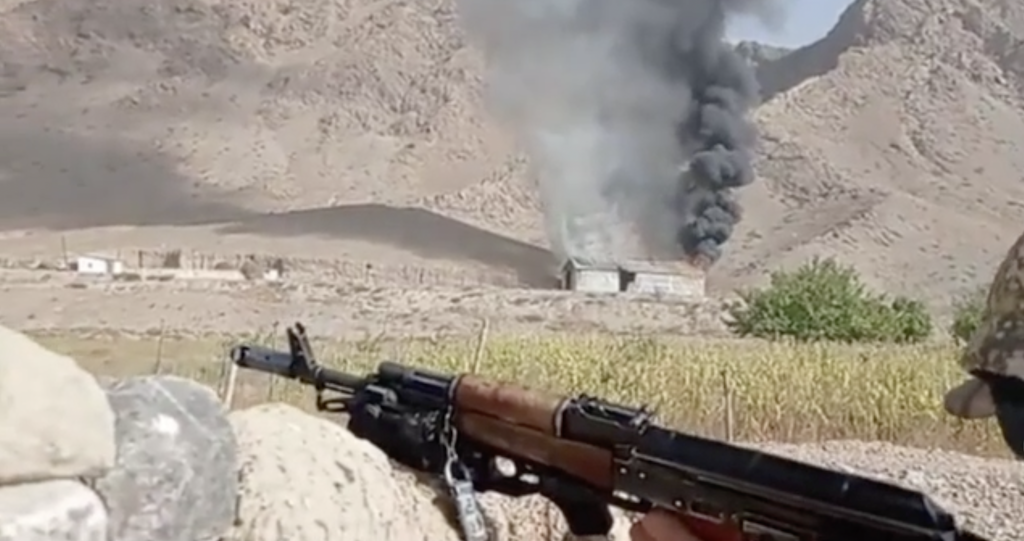 Fighting has broken out in several locations along the border. (Photo: Social media)

Fierce fighting broke out between Kyrgyzstan and Tajikistan early on September 16, once more endangering the lives of economically precarious communities along the disputed border.

The Kyrgyz government says Tajikistan initiated the trouble by mounting unprovoked mortar assaults on several inhabited areas. Security officials say several locations in Batken, the capital of the eponymous Kyrgyz southwestern region, which is 10 kilometers from the border, have been struck with shells.

Regional media have reported on exchanges of shelling and gunfire across areas dozens of kilometers apart. The 24.kg news agency cited the head of the Batken region as saying early in the day that Tajik forces were deploying “mortars and large-caliber weapons.” 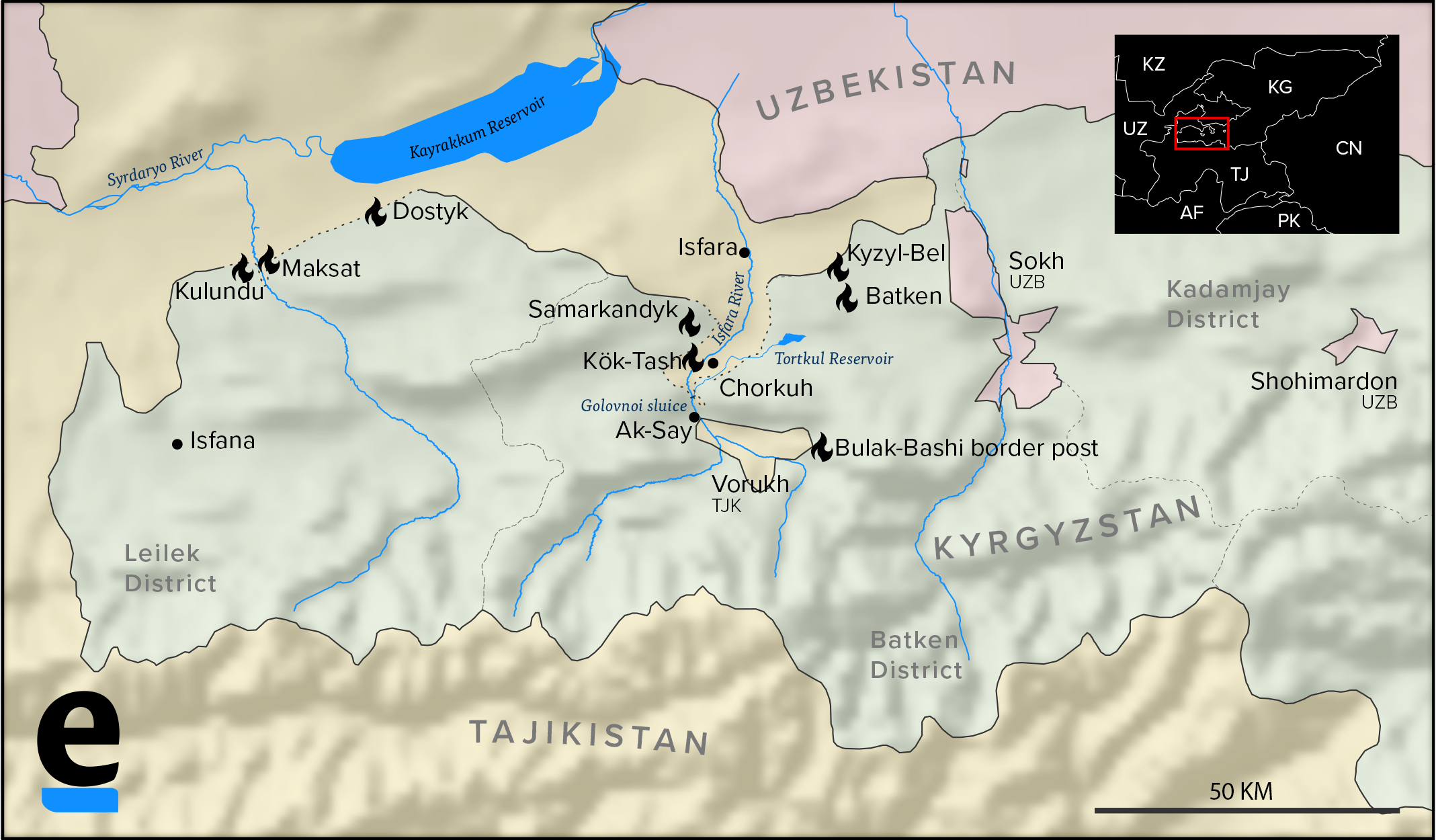 Demonstrators gathered in front the White House government building in Bishkek to demand that the authorities react more firmly in the face of the crisis.

Foreign ministers from the two countries reportedly spoke in a show of attempting to negotiate a cessation of hostilities, but the exchanged produced no results on the ground.

In the early afternoon, local media reported that Tajik troops had taken over the premises of a school in the Kyrgyz village of Dostuk. Seemingly fresh footage circulated on social media showed a Russian-made Uragan rocket launder driving through the Tajik city of Khujand, the capital of the northern Sughd region.

Residents of Kyrgyz villages in areas where fighting is taking place have been evacuated to safer areas and provided with food and medical aid, the Emergency Situations Ministry said. The Tajik government has not said what it is doing to help its population. By the mid-afternoon, health officials in Kyrgyzstan announced that 42 people had been hospitalized for treatment of injuries sustained during the unrest.

Tajik security services, who have overall provided far less information about the unfolding situation than their Kyrgyz counterparts, claim their troops have sought repeatedly to establish a ceasefire, but that these overtures were ignored.

“The armed forces of the neighbor country are using all types of available heavy guns and firearm and subjecting villages on the border to intense mortar bombing,” the State Committee for National Security, or GKNB, said in a statement. “Servicemen from Kyrgyz special forces units … have carried armed attacks on homes and set fire to residential buildings.”

Accounts of assaults on Tajik residential areas have also been shared across social media, although they have proved harder to verify. One alleged focus of violent confrontations is the populous Tajik enclave of Vorukh, which is entirely surrounded by Kyrgyz-controlled land.

This bout of fighting appears to have evolved from another exchange of shooting between Kyrgyz and Tajik troops that took place on September 14.

On that occasion too accounts about how the clashes began varied considerably.

Tajikistan’s security services, known by the initials GKNB, claimed that troops from Kyrgyzstan’s Batken province border unit fired mortars at their troops posted in a remote and uninhabited mountainous location north of Vorukh. Two Tajik troops were killed in that unrest, officials in Dushanbe said.

Kyrgyz security services claimed the confrontation began when one of their men discovered a Tajik border guard in a position beyond a demarcation line previously agreed upon by both countries. The Tajik soldier refused to step down and eventually opened fire, they said.