In a worrying departure from how these incidents typically unfold, government troops appear to have been involved in fighting from the start. 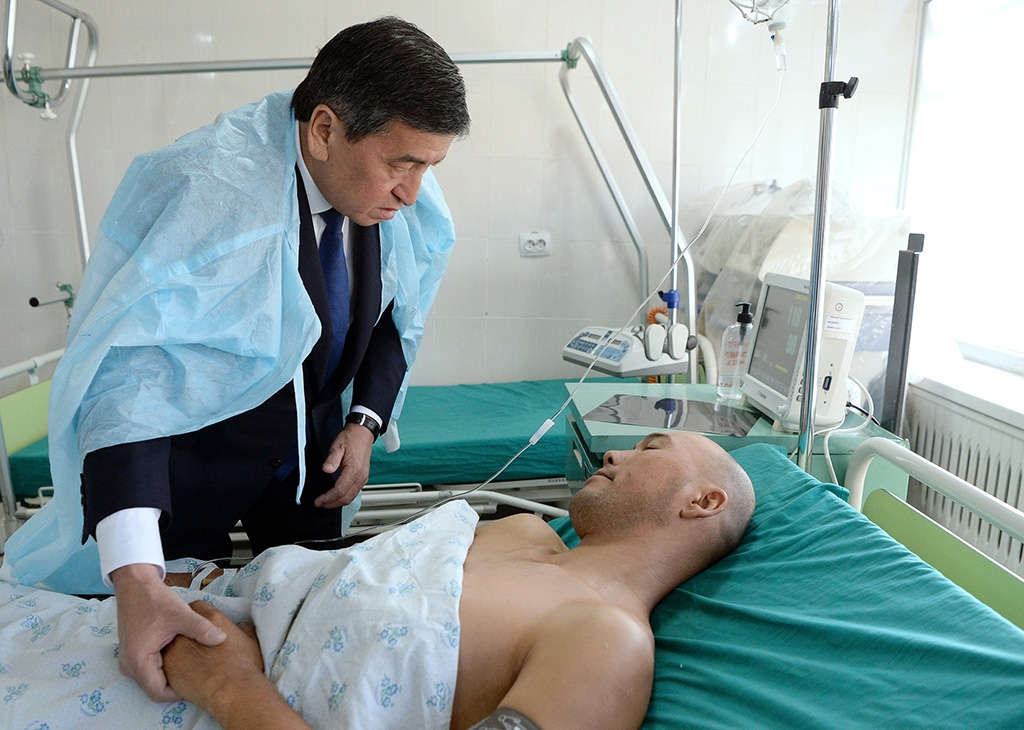 There have been 12 cases of violent unrest on the border of Kyrgyzstan and Tajikistan so far this year. And there is no indication that anybody knows how to put a stop to these outbursts.

The most recent incident occurred on September 16 in an area adjacent to the Tajik settlement of Ovchi Kalacha, not far from the city of Khujand, and the Kyrgyz village of Maksat. Troops on both sides exchanged gunfire in a confrontation that cost at least four lives.

While the clashes subsided quickly, the war of words and diplomatic posturing is still ongoing. Hundreds of people in Kyrgyzstan have abandoned their homes over concern that trouble could flare up anew. And even as this drama is playing out, another potential flashpoint is in the making.

The Tajik Foreign Ministry on September 17 summoned the chargé d'affaires at the Kyrgyz Embassy in Dushanbe for urgent talks. In Bishkek, meanwhile, First Deputy Foreign Minister Nuran Niyazaliyev sent the head of the Tajik diplomatic mission in Kyrgyzstan a note of protest.

A definitive narrative is hard to divine amid the conflicting accounts.

The Kyrgyz Foreign Ministry said Tajik armed forces were responsible for instigating the unrest by building a military observation post on a non-demarcated section of the border near Ovchi Kalacha. The countries share 971 kilometers of border – of which 451 kilometers has not been properly delineated.

Construction was “started without coordination with the Kyrgyz side,” the ministry said.

Tajik diplomats insist it was the Kyrgyz who violated prior agreements by previously doing construction work on the border.

“Near the place where the fighting happened, we have an [observation tower]. And they wanted one too,” Kulmatov told Eurasianet. “The Tajiks initiated this conflict and now they are trying to justify themselves by putting all the blame on us.”

Toward nightfall, after around six hours of arguing, the shootout began. And there is even disagreement about who shot first.

In a worrying departure from how these incidents have typically unfolded, government troops appear to have been involved in fighting from the get-go. Disputes over the use of roads or access to water supplies usually break out among villagers. Soldiers get involved only after the fact to try and settle the argument, either by restraining crowds or by actively backing up their fellow citizens.

The Kyrgyz Foreign Ministry says it was Tajik border troops who began hostilities, by firing at two border posts. As a result, one of their border service troops was killed, and more than a dozen others were wounded. Kyrgyz President Sooronbai Jeenbekov visited the wounded men in the hospital.

Dushanbe says that up to 300 Kyrgyz troops were rushed to the site of the standoff and that they deployed firearms against residents of the Tajik border village of Bahor. In the face of such aggression, Tajik border units were forced to adopt retaliatory, defensive measures, Tajik officials said.

According to media reports, three Tajik border guards were killed. Another five people were injured. Tajik President Emomali Rahmon has not visited the wounded men in the hospital or even acknowledged the whole incident.

Abdugani Mamadazimov, a political scientist who was born in Ovchi Kalacha, told Eurasianet that Kyrgyzstan and Tajikistan are suffering from a chronic lack of crisis management abilities at the border.

“In our countries, the norm is for everything to be decided by the top figures [presidents]. But for those top people to make a decision, we need to put together a highly qualified commission and arrive at optimal consensual agreements,” Mamadazimov said.

In this instance, it was Kyrgyz Prime Minister Muhammetkaly Abulgaziyev and his Tajik counterpart Kohir Rasulzoda who met at a border location on the evening of September 17. But just as the prime ministers were exchanging assurances that they would adopt all necessary measures to avoid a repeat occurrence, colleagues in their respective foreign ministries were busy trading accusations.

“I do not like to make predictions, but if this issue is not urgently resolved, there will be more such incidents,” said Mamadazimov. “I know the situation from the inside – the emotional state of the population is explosive. It is necessary not only to expedite negotiations, but also have them be ongoing.”

In Tajikistan, the government’s instinct to cover up and obfuscate creates another set of problems.

Abdulaliz, a resident of Ovchi Kalacha, told Eurasianet that the public was left entirely in the dark about this incident.

“Ordinary citizens are not informed about what is happening and what to expect. I hope there will be no more conflict and that everyone will come together to reach a solution,” said Abdulaliz, who declined to provide his surname.

Journalists in Dushanbe were forced to fall back on anonymous briefings to learn about Tajik casualties. State media has maintained a near-total news blackout and no official has expressed condolences for the dead.

Two-and-a-half hours of talks in the morning of September 18 reportedly lead to some preliminary breakthroughs. Kyrgyz officials pledged to pull down an observation tower built by them in a location near where fighting occurred, according to a report by Asia-Plus news website. The Tajiks have said they will refrain from building one near the same spot. Both sides had committed to pull back military reinforcements from the flashpoint by the evening of the same day.

And yet, even as that was happening, locals in another part of Kyrgyzstan’s Batken region were grumbling about another contentious piece of construction work. Kyrgyz Facebook user Talantbek Mamytov uploaded video footage he described as showing Tajiks building a road in a swathe of disputed territory, near the Tajik enclave of Vorukh.

“Here you are, brothers and sisters, you can see in this video from today how the Tajiks are building on our land,” Mamytov wrote in a September 17 post. “And our government just sits around and can do nothing.”