Any hopes the meeting would produce a breakthrough on the border were dashed. 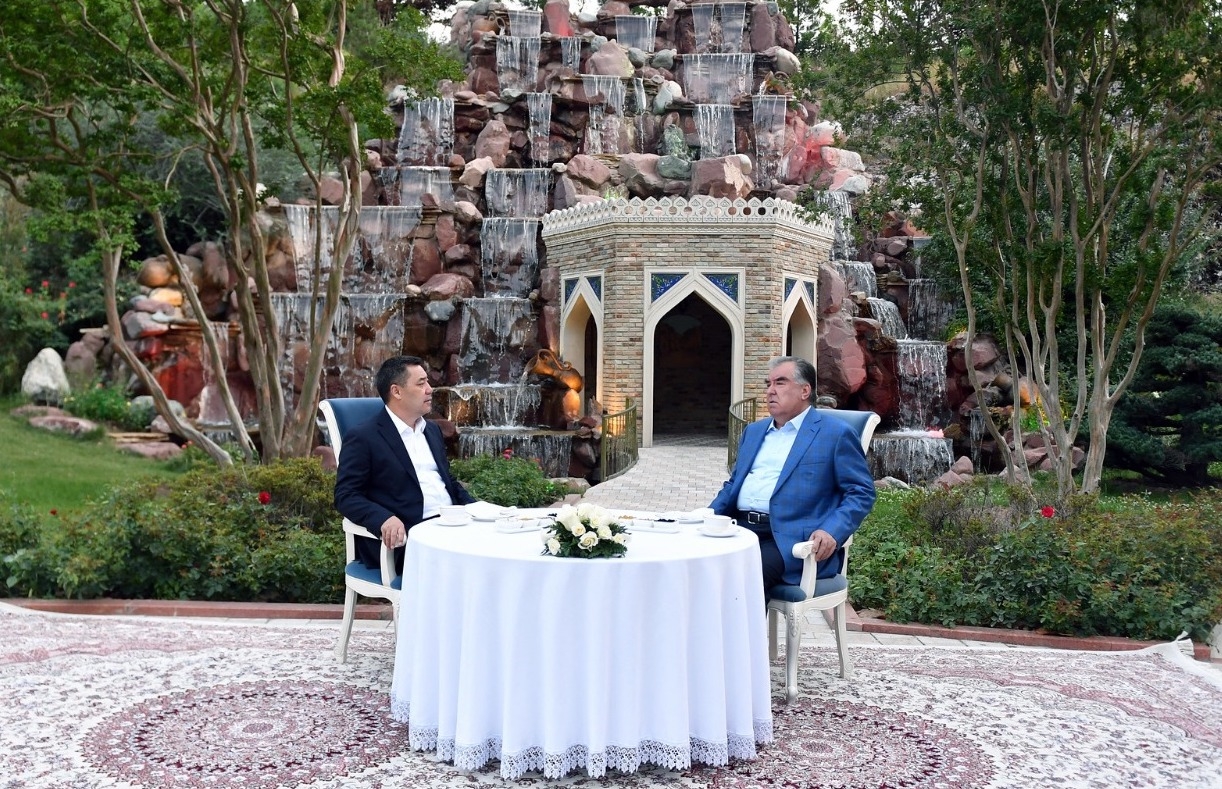 A much-anticipated meeting between the presidents of Kyrgyzstan and Tajikistan that took place on June 29, weeks after bloody clashes on their shared border, produced little of note other than renewed commitments to avoid more hostilities in future.

The main document of note to emerge from hours of talks in Tajikistan between Kyrgyz leader Sadyr Japarov and his Tajik counterpart Emomali Rahmon was a 25-point pledge to continue working through already existing bilateral and multilateral formats.

Points ranged from boilerplate assurances of mutual respect to calls for an intergovernmental commission on delimiting the border to accelerate its work.

The events of late April, when at least 55 people were killed in fighting between residents and troops in clashes sparked by a disagreement over use of a water sluice on a river used by both communities, hung heavily in their air.

“[It is incumbent] on both parties not to allow armed clashes to happen again in future,” Japarov said during a meeting with Rahmon, according to a readout provided by his press service. “The people of Kyrgyzstan and Tajikistan have been brotherly nations since ancient times, and Kyrgyz and Tajiks have always maintained neighborly and friendly ties.”

None of the four bilateral agreements signed after hours of talks, however, included anything regarding the borders. They were instead mostly non-committal documents devoted to low-level issues such as cooperation between the countries’ state news agencies, youth policy and pensions.

Rahmon said at a joint press event with Japarov that an earlier-devised draft agreement has marked out 520 kilometers of the 984-kilometer border.

“To date, another 32 kilometers have been agreed,” he said.

These are relatively poor returns for such a long period of wrangling, however. As Rahmon pointed out, negotiations have been ongoing since 2002.

“Over the past almost 20 years, we have had about 180 meetings of the joint commission and meetings of working groups on delimitation of the border,” he said.