Such scandals are likely to raise few eyebrows, however. 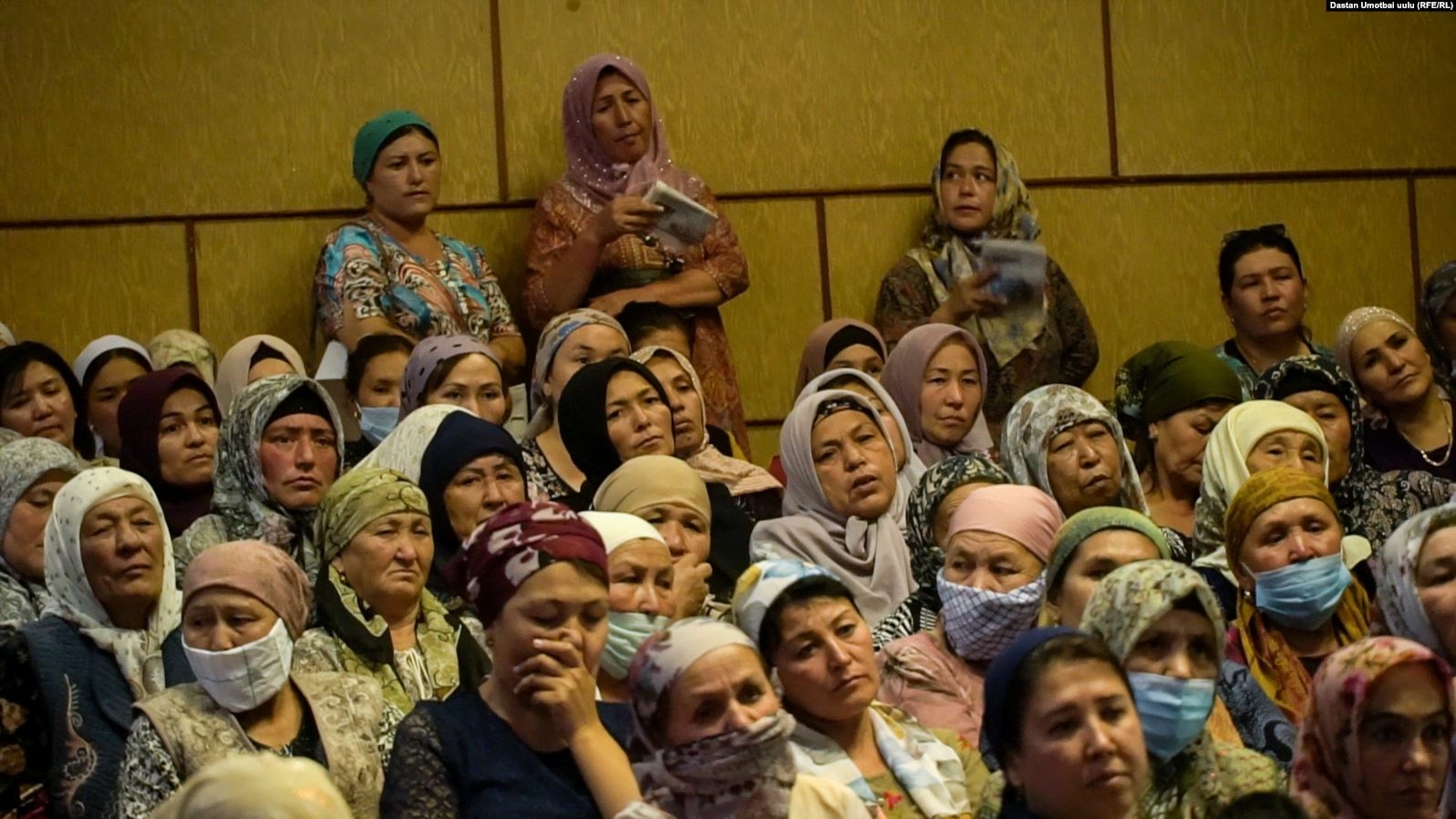 Evidence has emerged that teachers in southern Kyrgyzstan are being pressured by their superiors to help mobilize the vote in favor of a party backed by an influential and shadowy power broker.

A WhatsApp audio message that has circulated on social media this week features the voice of a person alleged to be the head of the educational department of the Kara-Suu district in Osh region threatening staff with having salaries docked or jobs terminated unless they comply.

“The teachers whose names I read out – if you don’t organize 10 voters, you can forget about coming to school. You won’t be paid your salary for August,” the person says.

The teachers named in the recording all work at the Sadyk Alaychi school in the bazaar town of Kara-Suu.

T-Media, a privately owned news website, has identified the speaker as Gulaym Mashrapova, who is also running for office with the Mekenim Kyrgyzstan party.

Mashrapova has said she has met with voters at Sadyk Alaychi, but denies she has used her office to force anybody into casting their ballot for her party.

“I am not the kind of woman who would say: ‘Find me 10 people each.' I am a teacher myself,” she was quoted as saying by T-Media. “This is all a lie.”

Police in Osh, the regional capital, have reportedly filed an investigation into abuse of administrative resources, the term used to describe the exploitation of office by government personnel to attain political ends. Police have begun to reach out to the teachers named in the recording and will conduct an analysis of the voice, which they say they have not identified beyond doubt as yet.

“It is not yet known whose woman’s voice was heard in the message,” Zhenish Ashirbayev, press secretary for the Osh regional police department, told T-Media.

Mekenim Kyrgyzstan is known as “the party of the Matraimovs,” a political family whose top bagman, the shadowy former deputy customs chief Rayimbek Matraimov, is believed by some to eclipse even President Sooronbai Jeenbekov in terms of heft and influence. The party is widely expected to make a strong showing at the October 4 elections, even though it is a relative newcomer on the scene and has no MPs in parliament at present.

Although Rayimbek Matraimov is a behind-the-scenes operator, his family is more directly involved in the front line of politics. One brother, Iskender Matraimov, is a deputy with the Social Democratic Party of Kyrgyzstan, but he is running for a new mandate with Mekenim Kyrgyzstan and is 10th on the party list. Another brother, Tilek, is the head of Kara-Suu region government, which is where the school mentioned in the WhatsApp recording is located.

Although this incident might appear embarrassing, the enlistment of teachers and university instructors in mobilizing the vote has become so commonplace in elections that it barely raises an eyebrow. On voting day itself, it is not uncommon to see educators outside polling stations ticking names off lists as people arrive to vote.

This election has already seen another similar case of alleged voter intimidation.

Earlier this month, another party, Birimdik, held meetings with voters in the southern districts of Aravan and Uzgen who later turned out overwhelmingly to be schoolteachers and municipal employees. Some later complained anonymously that they had been forced to attend the gathering, which was held in closed and crowded premises, with little regard for the social distancing guidelines issued as part of anti-coronavirus recommendations.

As a so-called “party of government” in waiting, Birimdik, whose party list includes the president’s younger brother, Asylbek, is also understood to benefit substantially from administrative resources.