Abylgaziyev has insisted he has nothing to answer for. 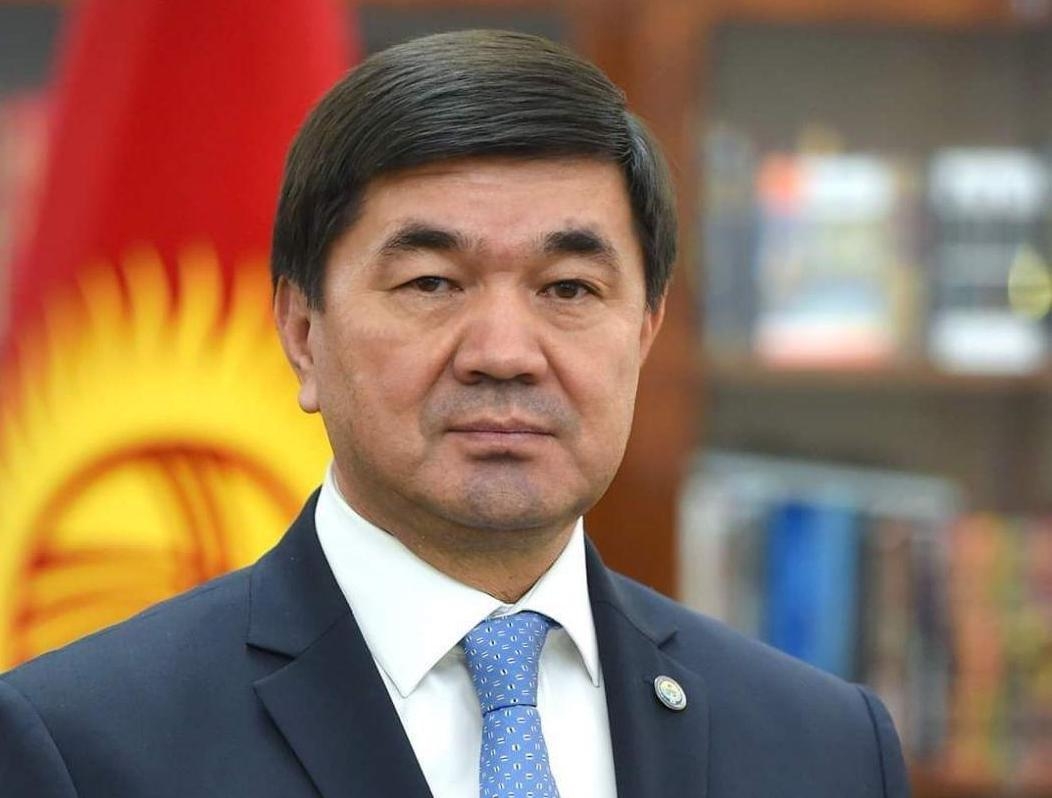 Hanging up: Abylgaziyev has held the job since April 2018. (Photo: Prime Minister's office)

The prime minister of Kyrgyzstan on June 15 fell on his sword in response to mounting calls for a probe into a corruption scandal in the telecommunications sector.

“I have already said, and I want to emphasize again, that I have nothing to do with this case, and the accusations made against me have no basis,” he wrote. “I am confident that the investigation will put everything in its place and identify the people truly violating the law.”

The accusations in question have been leveled most vocally by parliamentarian Janar Akayev, who stated on May 20 that telecommunications frequencies were being sold at below-market prices by Abylgaziyev’s government. By way of an example, Akayev noted that the government had this year auctioned off a 200-megahertz band for the symbolic amount of 700 som ($9.30), when a previous government in 2015 sold a 15-megahertz band for 1.5 billion som ($25 million at the rate of the time).

The background is that mobile telecommunications operator Beeline had bought out a cable television company AlaTV, which previously owned the 200-megahertz band, for $1.8 million. In March, Beeline re-registered the band to repurpose it for 4G communications and then passed it on to an unknown Kazakhstan-based company. Akayev contends that this chain of transactions may have cost the Kyrgyz coffers dozens of millions of dollars in revenue and could not have happened without Abylgaziyev’s connivance.

Beeline on June 18 issued a statement to say that they were involved in no wrongdoing.

“We are not aware of any misconduct in connection with the transaction or engagement with regulatory authorities in Kyrgyzstan," the company said in emailed remarks to Eurasianet.

The prime minister’s office at the time heatedly rejected Akayev’s statements, which were made under the cover of parliamentary privilege.

On May 27, after Akayev made his claims, Abylgaziyev announced he was taking a two-week leave of absence while the security services conducted an investigation. The prime minister only returned from that leave to announce he was stepping down.

The business of allocating telecommunications frequencies in Kyrgyzstan has been a source of political skirmishes and allegations of corruption for more than a decade now. Detecting the boundary between genuine investigations into graft and the deployment of law enforcement to neutralize out-of-favor politicians and officials historically involved in the sector is often near-impossible. The latter scenario can likely be ruled out for Abylgaziyev, however.

In an apparently connected, earlier chain of events, the State Committee for National Security, or GKNB, announced in April that they were launching an investigation into the sale of licenses for radio frequencies. In the course of that probe, Natalya Chernogubova, a former director of the state telecommunications agency, was in May placed under two-month arrest while facing investigations on charges of corruption.

The GKNB has been very guarded with the information it is sharing with the public, but it has said that Chernogubova was colluding with an unnamed mobile communications company to expedite renewal of their operating license.

Later, two of Chernogubova’s colleagues and two GKNB employees were also detained, apparently in connection with the same case. Shortly thereafter, the director of strategy and development at Ala-TV, which had been bought by Beeline, was detained.

Just to add to the confusion, Ryskeldi Mombekov, another lawmaker, grumbled at a session of parliament in May that the Prosecutor General’s Office was dragging its feet in the investigation of another sale of telecommunications frequencies that happened two years ago and involved state-owned company KT-Mobile.

A parliamentary commission into KT-Mobile discovered over the course of its investigations that the former deputy director of the company, Yernazar Rysaliyev, was the nephew of Abylgaziyev.