The mystery behind the disappearing money casts more doubt on anti-bribery initiatives. 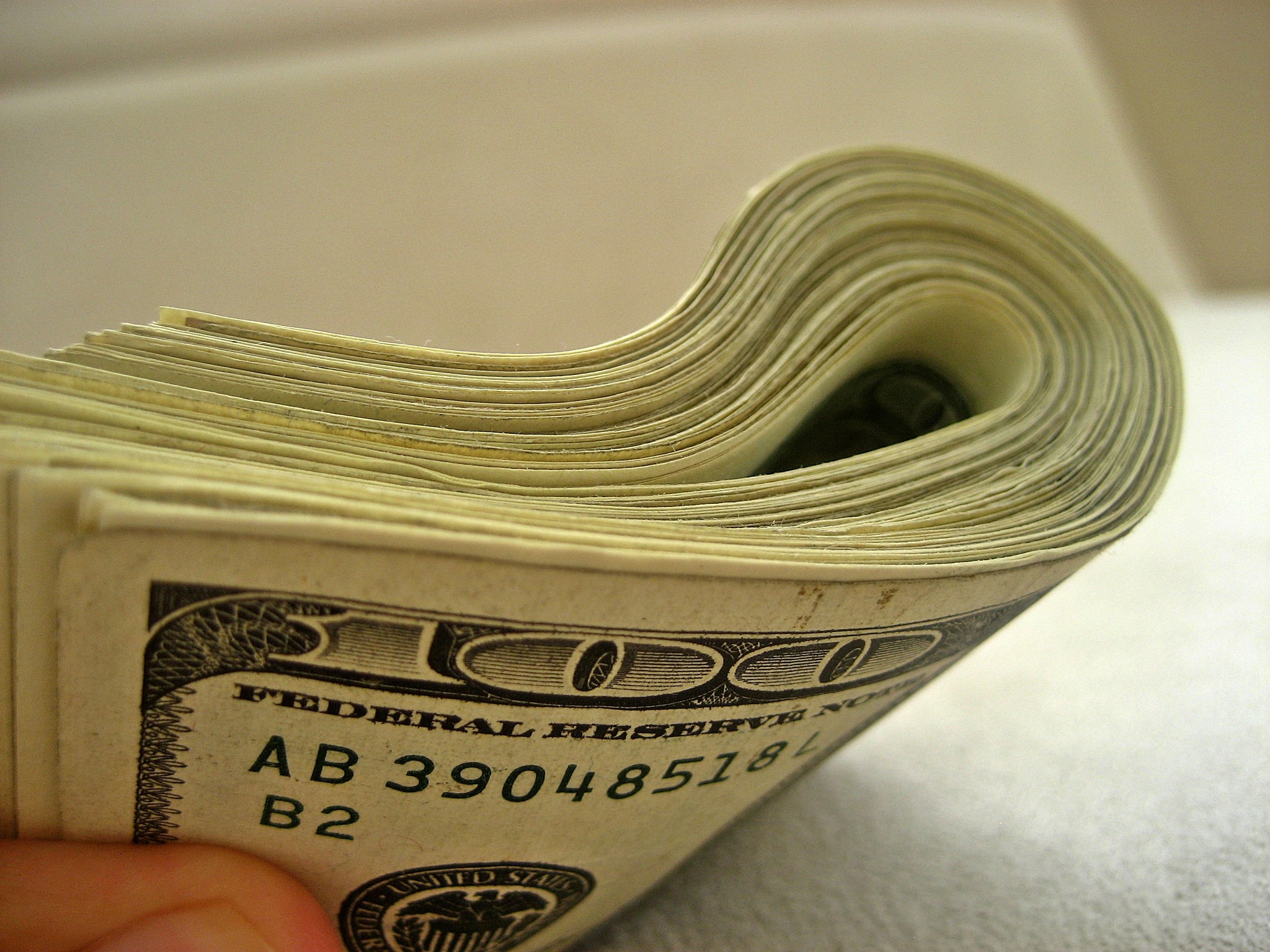 Show me the money: A pile of bribe cash has gone missing in Kyrgyzstan. (Photo: 401kcalculator.org)

In Kyrgyzstan, a bribe can take on a life of its own.

One backhander worth $200,000 is rumored to have lived a particularly colorful existence, escaping from a state safe, skipping trial and possibly vanishing into the depths of a casino.

For nearly a week now, the story of a bribe that reportedly went missing from the State National Security Committee, or GKNB, after officers confiscated it in an anti-corruption case has been feeding online ire and calls for heads to roll.

Parliamentarian Janar Akayev summed up the general disgust over the country’s corruption battle when he complained, during a November 21 session of parliament, that “a bribe was stolen by [different] bribe-takers.”

“This type of thing is only possible here,” he said.

The murky story begins with the detention in 2018 of a high-ranking prosecutor, Ulan Chalbayev, on extortion charges.

Chalbayev was accused of soliciting nearly $200,000 from the family of a jailed former lawmaker, Karganbek Samakov, according to a GKNB investigation.

The purpose of the bribe was to secure a reduced punishment for Samakov, who had been sentenced to 10 years in prison over suspect land deals.

But according to Chalbayev’s legal team, the large bribe that served as the main evidence in the closed-doors trial was absent from proceedings when they began this month.

Anonymous security sources told Kaktus news website that the money had been taken from a safe by a junior GKNB officer. Former committee high-up Ikramidin Aitkulov told Vesti.kg that the money might have been frittered away in a casino.

The GKNB has described these accounts as fictional and aimed at discrediting its anti-graft work. The money was not missing at all, it said, but had, rather, been transferred the state balance.

Defying expectations of a protracted court case, Chalbayev was sentenced to five years in jail for extortion on November 19.

But rather than offering closure, this sentence has deepened suspicions that something is amiss.

One prominent journalist noted that the sentence is lighter than some seen in other recent corruption cases where the sums involved were smaller.

Chalbayev has already spent over 18 months in a pre-trial detention facility, where time served counts double.

If, as expected, he refuses to appeal the sentence and makes no mention of the missing evidence, many will see it as evidence that he has accepted the type of deal that investigators said he was offering Samakov.

So far, calls to account for the existence of the money originally confiscated have gone unheeded.

The lawmaker Akayev pointed out that the confiscated banknotes should have had serial numbers documented as part of the investigation.

The GKNB should show, rather than tell, he said.

The scandal has prompted a petition calling for the dismissal of the committee’s leadership. As of November 22, nearly 280 people had signed the appeal.

But confidence in the GKNB’s role at the forefront of the battle against corruption was already dismally low.

The independence-era successor to the Soviet-era KGB took on the portfolio in 2012 at the behest of then-president Almazbek Atambayev, who ignored widespread concerns about oversight and transparency.

Atambayev, now languishing in prison on graft charges of his own, said recently that he regrets the trust he placed in the security services.