The figures can be found in major American retailers, like Whole Foods. 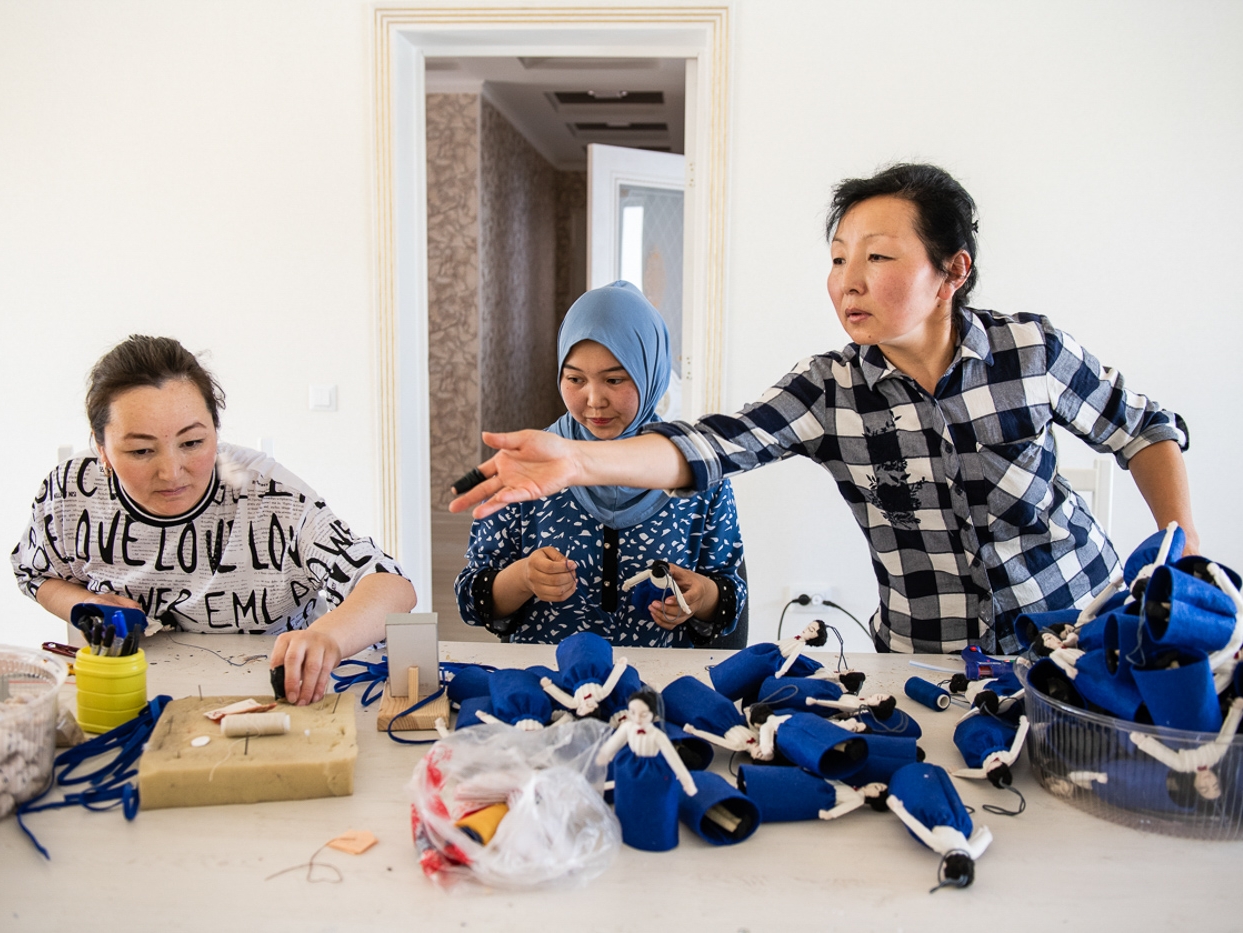 About 100 women throughout the Issyk-Kul Region work for the studio, often from home. (photos by Danil Usmanov)

Gulnara Kydyrmysheva, 69, retrieves a felt figure of a world-famous celebrity with a gold cross on his chest from a heavy colorful container.

“This is some kind of rapper. Kanye … Yest?” she says uncertainly of the little doll, which barely fits in her wrinkled palm.

Kydyrmysheva, a resident of Karakol, a town at the eastern end of Issyk-Kul Lake in Kyrgyzstan, is not familiar with Kanye West’s work, or even his name. Nevertheless, she was the one to make the doll.

She has been producing the dolls on order for U.S.-based company Silk Road Bazaar since 2011. The figures sell in major online and physical retailers, like Whole Foods and Uncommon Goods. 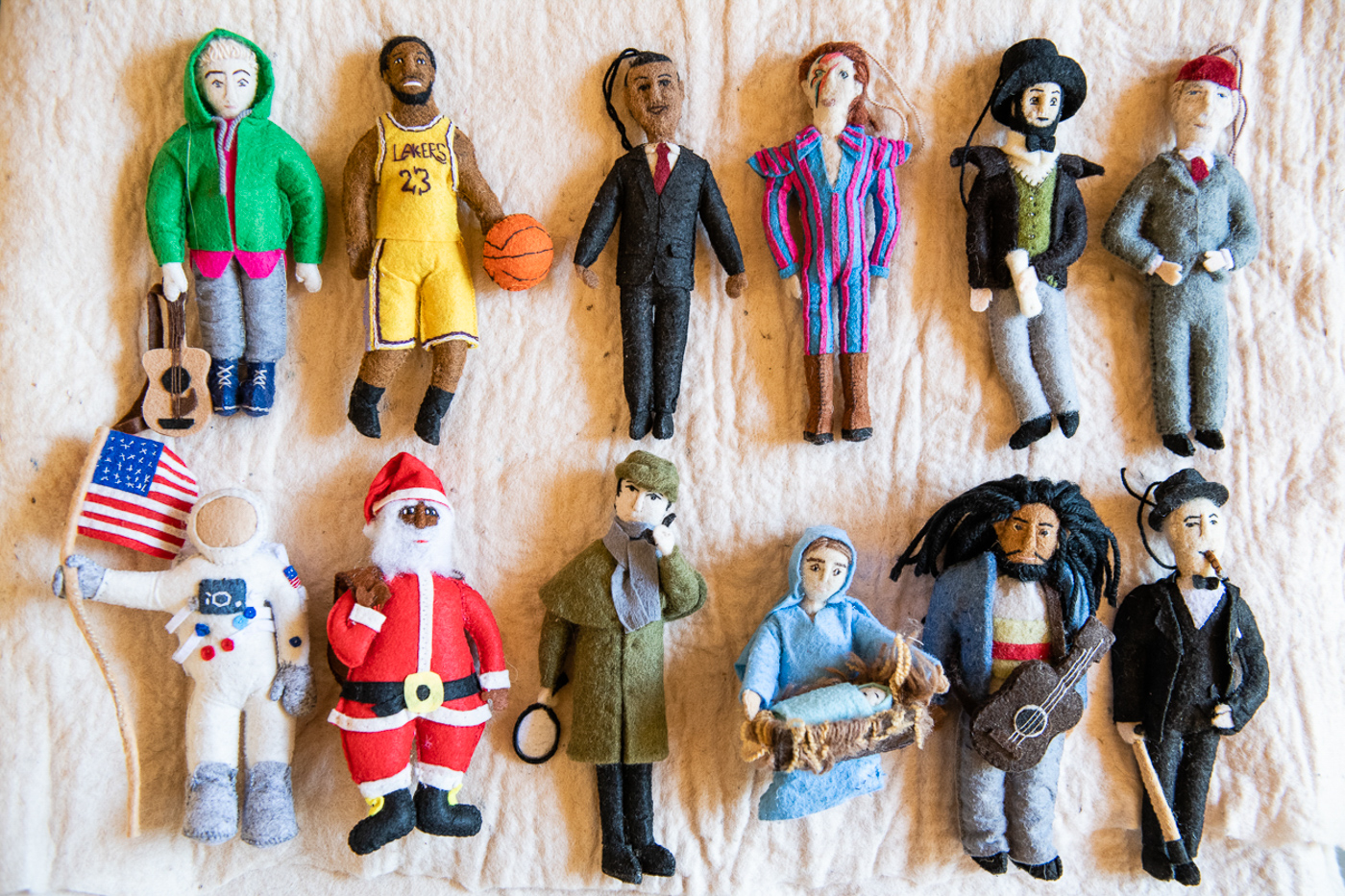 While Kydyrmysheva gently strokes West’s hair, the dolls of other well-known cultural, historical and political figures – from U.S. presidents to the newborn baby Jesus – lie in the container. The workshop makes other items too, like baby booties in the shape of bao buns and pizza.

The catalog of the Karakol workshop features more than 500 types of felt productions, of which more than 100 are celebrity dolls.

Kydyrmysheva and her husband, Temirbek Asanov, started up their souvenir-manufacturing business back in 1994. Both artists by education, they struggled in the chaos and economic catastrophe that followed the collapse of the Soviet Union. 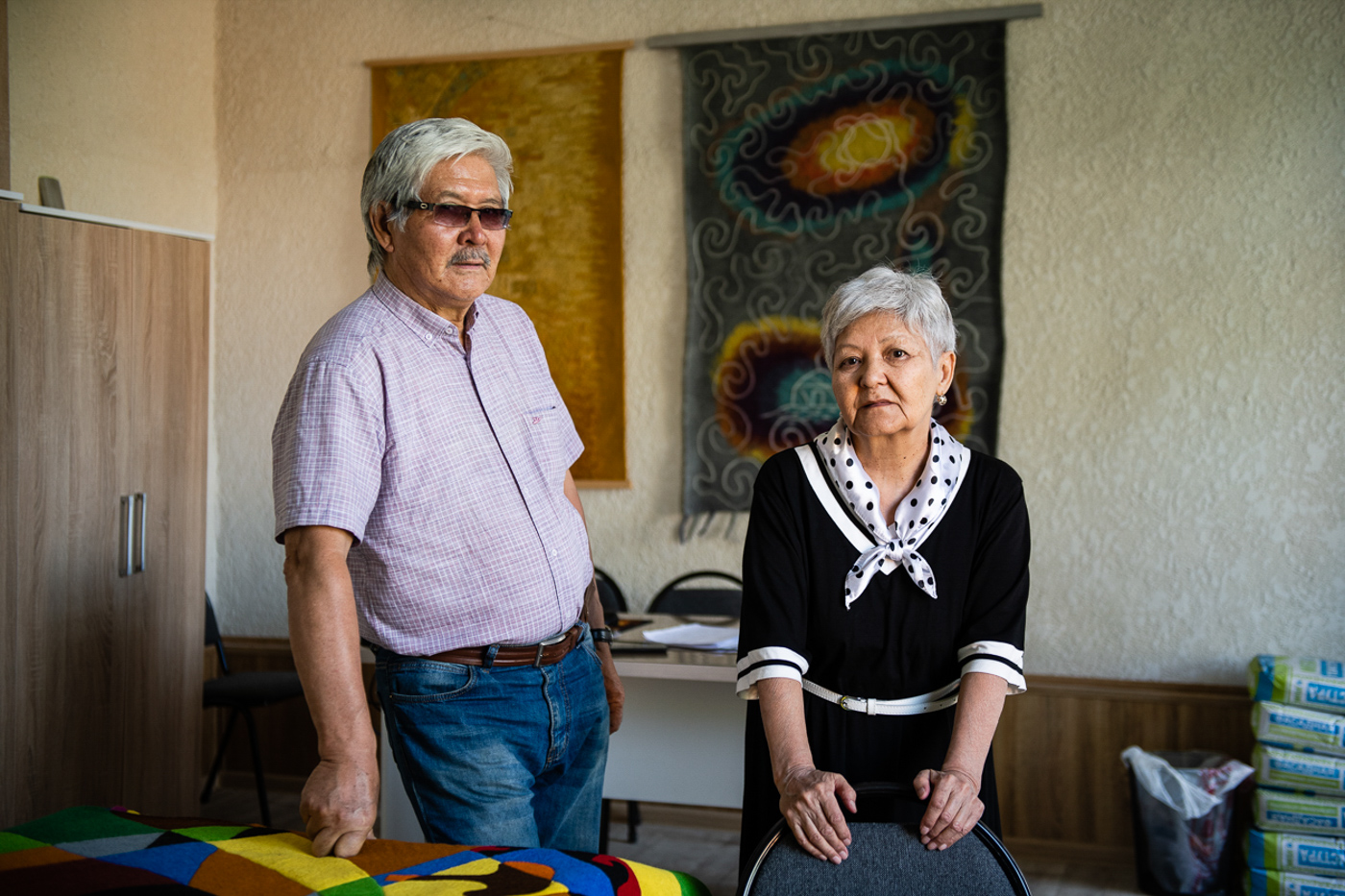 “When a person is hungry, who needs a drawing?” Kydyrmysheva recalled.

In the early 1990s, she took a job at a local ethnic crafts company, where she made fabric wall panels using traditional techniques. Later, in 1994, she set up her own gift shop business and hawked her wares at fairs. It was around this time that Kyrgyzstan was starting to discover its tourist potential, so Kydyrmysheva and her husband opened a guesthouse next to their store. 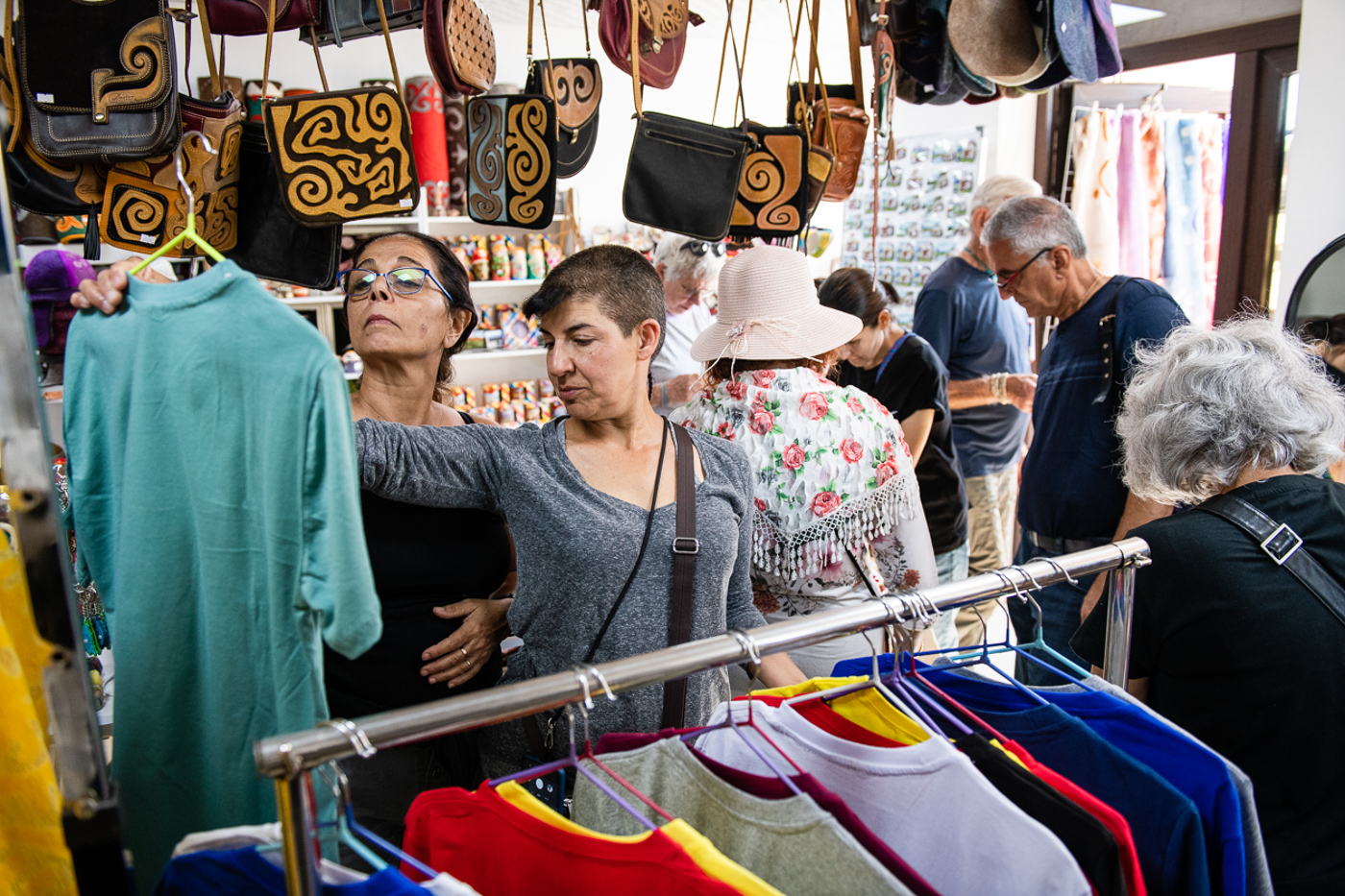 In the early 2010s, she came into contact with a young American, a Peace Corps volunteer called Andrew Kushner, who was then teaching in Kyrgyzstan. Kushner suggested they go into business together: She would produce the felt products in Kyrgyzstan, and he would sell them in the U.S. under the Silk Road Bazaar brand.

“We started with simple things. We made animals, slippers for women and men. Slowly, Kushner left, his term [with the Peace Corps] was already ending. He started doing business over there,” she said.

Kydyrmysheva said the early years were hard. Other Kyrgyz entrepreneurs had also got into the same line, so sales were weak. The baby booties were a big hit, though. 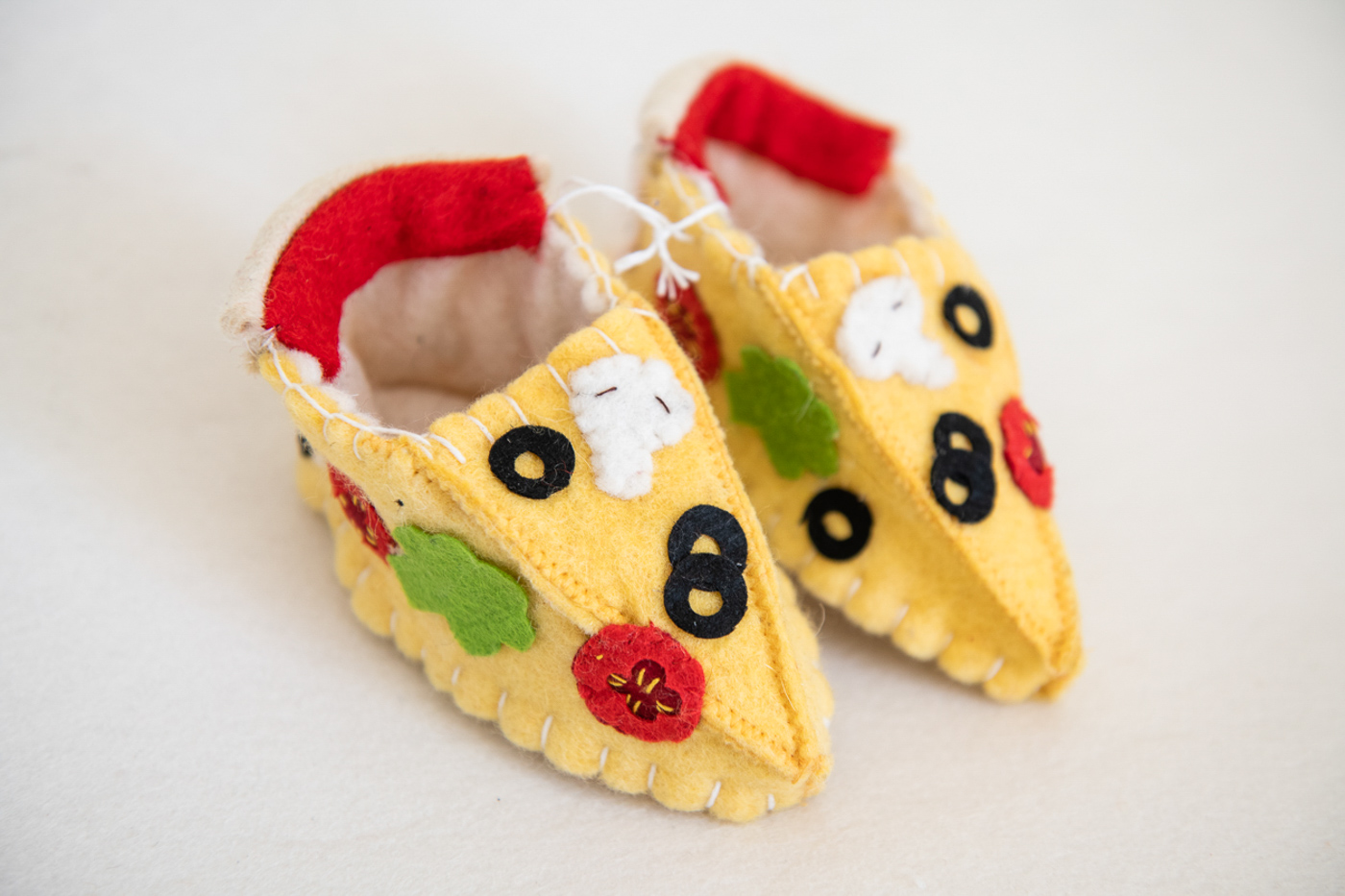 A turning point came in 2017, when Kushner came up with the idea to start making the felt celebrities. The gimmick made them stand out among an increasingly crowded market and the sales were encouraging.

First they started out with U.S. presidents from history, like George Washington, Abraham Lincoln, and Barack Obama. Then came the famous icons: Princess Diana, Marilyn Monroe and Elvis Presley. 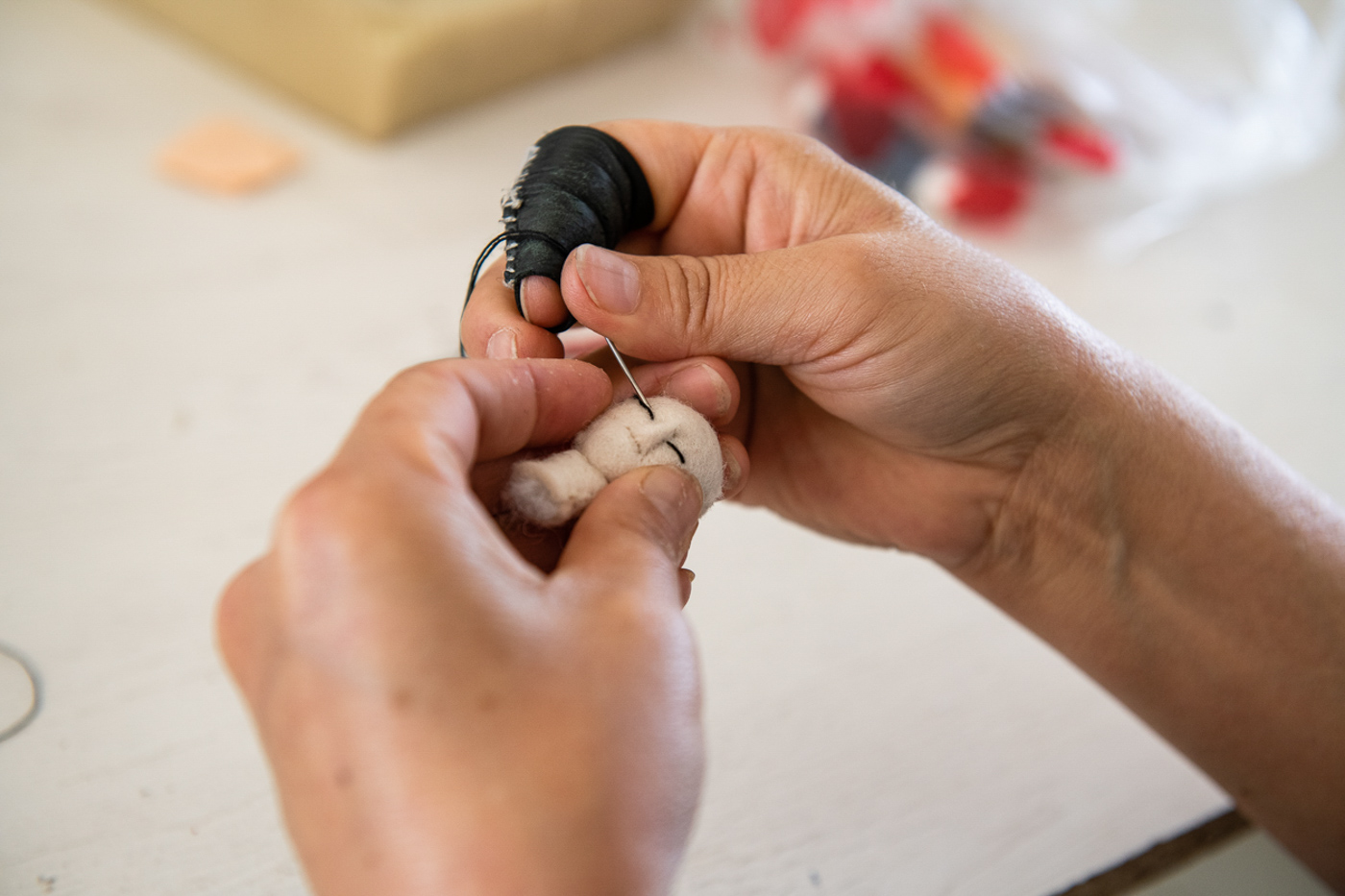 Kydyrmysheva would first approve sketches of the dolls with Kushner, and then those designs would be passed on to a team of craftswomen. Producing an instantly recognizable figure in a material like felt, though, is not an easy task.

“Our women know how to sew and embroider, but what we were demanding of them is difficult,” she said. “They need to be accurate, so that the buyer immediately recognizes who it is.” 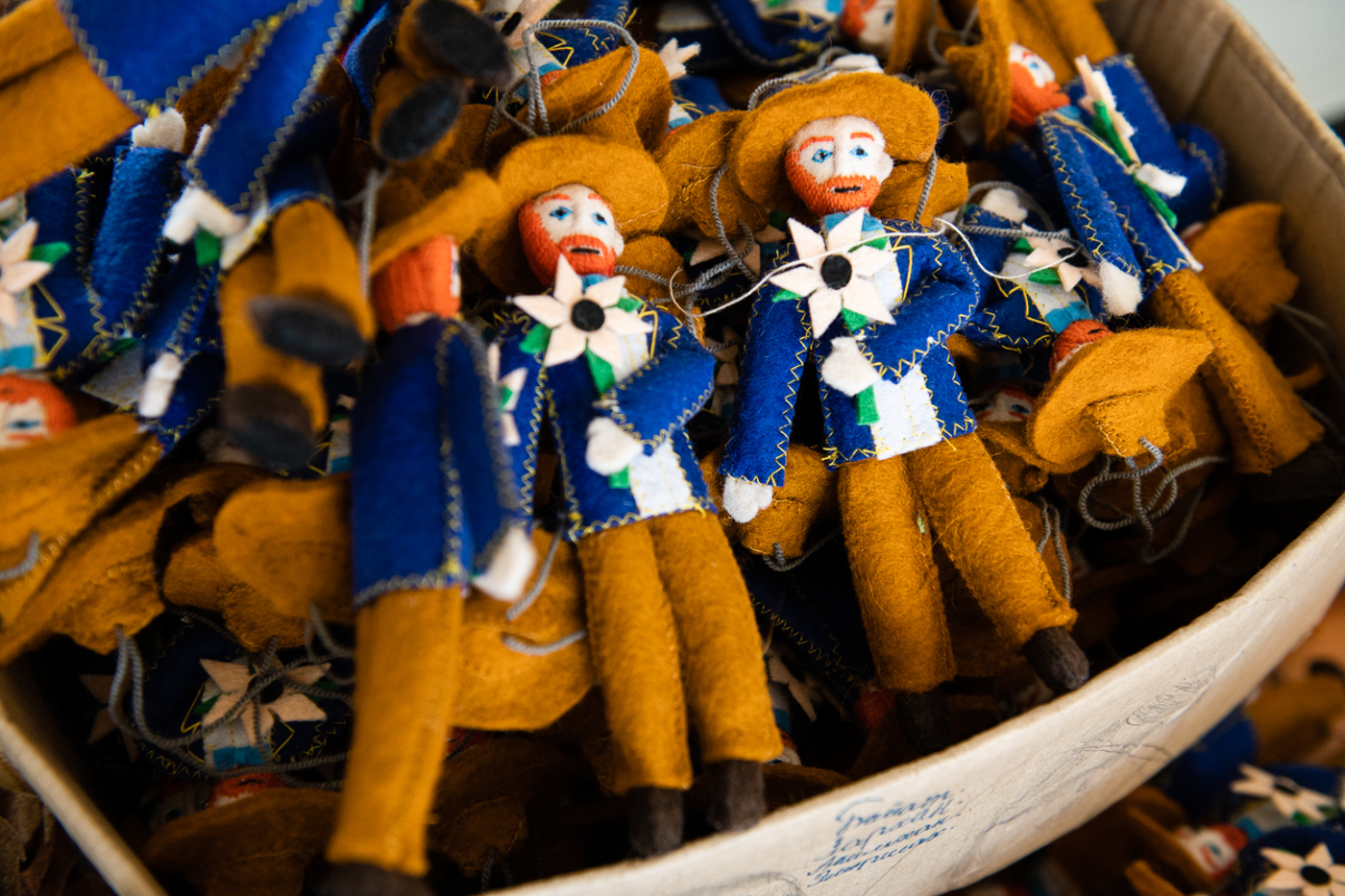 To accommodate the personal needs of employees, many were permitted to work from home. Now, about 100 women throughout the Issyk-Kul Region work for Kydyrmysheva, usually in teams of six or seven.

Altynai Alymbayeva, 33, has been working for Kydyrmysheva for five years. In the living room of her two-story house, she plies the needle and thread along with a group of other women making representations of Van Gogh, the Beatles and Mozart. 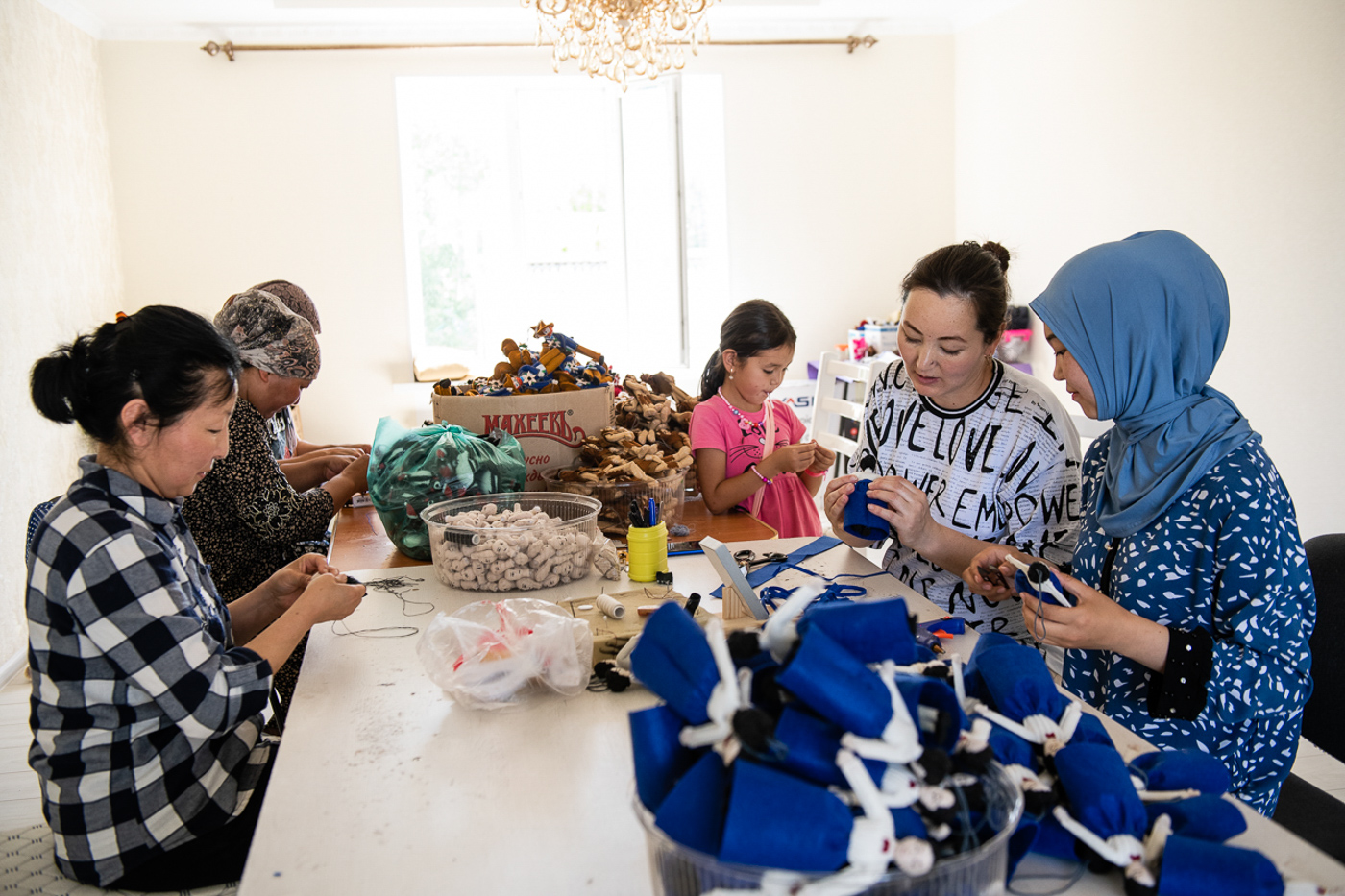 Her team is one of the fastest in the whole company – the result of a conveyor method that would have made Henry Ford proud. Alymbayeva does the noses, while her 47-year-old neighbor Gulbara Sabatayeva painstakingly deals with eyes and lips. Next along, 42-year-old Nazgul Iskenderova weaves the tiny clothes and assembles the body parts of dolls on a sewing machine.

“The hardest thing is to make the head, because you have to make everyone look alike, make each one the same. There are other small things that are hard to do too. But our hands have already got used to it,” said Alymbayeva. “There were days in the first year, when we argued with our husbands. They said: ‘We will burn the dolls. Stop working.’ Despite this, we continued working. Then our husbands themselves started getting a kick out of it and helping us.”

Alymbayeva’s husband, Elmar Isayev, quit his woodworking job to turn his hand to doll-making. With the money they’ve earned, they made major repairs on their home and are building a separate workshop.

According to Kydyrmysheva, they turn out between 5,000 and 20,000 dolls each month. The peak season is Christmas, which is when demand surges for little dolls for the decoration of festive trees. 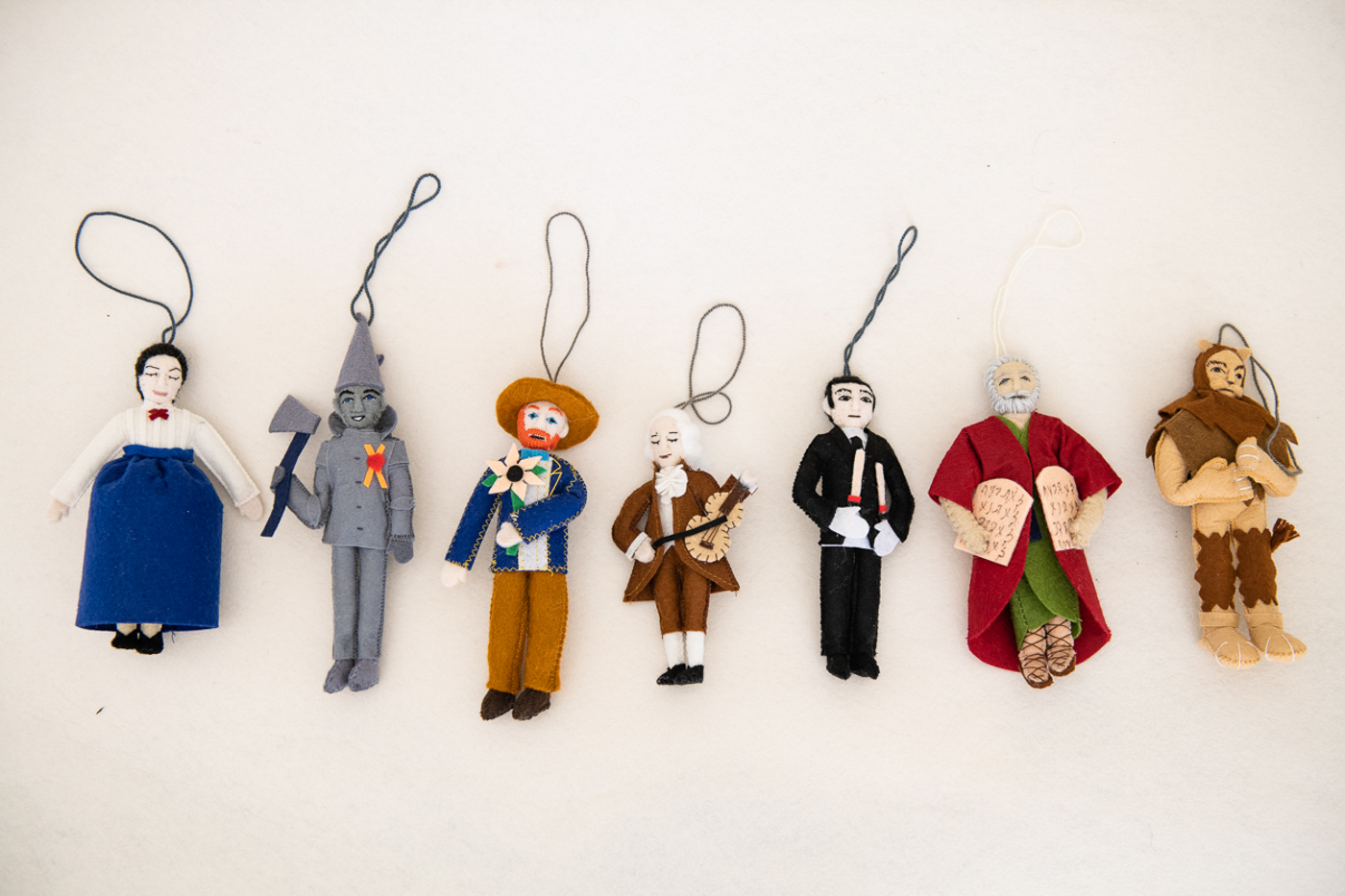 A big turning point came in 2021, when Kourtney Kardashian took to Instagram to post a picture of felt dolls depicting her own celebrity family.

Kydyrmysheva says making those dolls was particularly tricky since, as she put it, the various members of the Kardashian do not have especially prominent features and look awkwardly similar to one another.

Such complications aside, Kydyrmysheva is buoyant about what the doll-making business means for her employees and community. This type of work is a rare opportunity for people in Issyk-Kul to avoid having to go abroad for jobs, she said.

“This work you can do all year round. Women get a regular salary and are satisfied. The work is arduous, but they put up with it,” says Kydyrmysheva, “We want to keep the business going, that way female workers can make a living.”