A man who tried against all odds to build a successful business on the Tajik-Kyrgyz border was killed in fighting last month. Matisa Nadyrov told Eurasianet of his dreams just a few months ago. 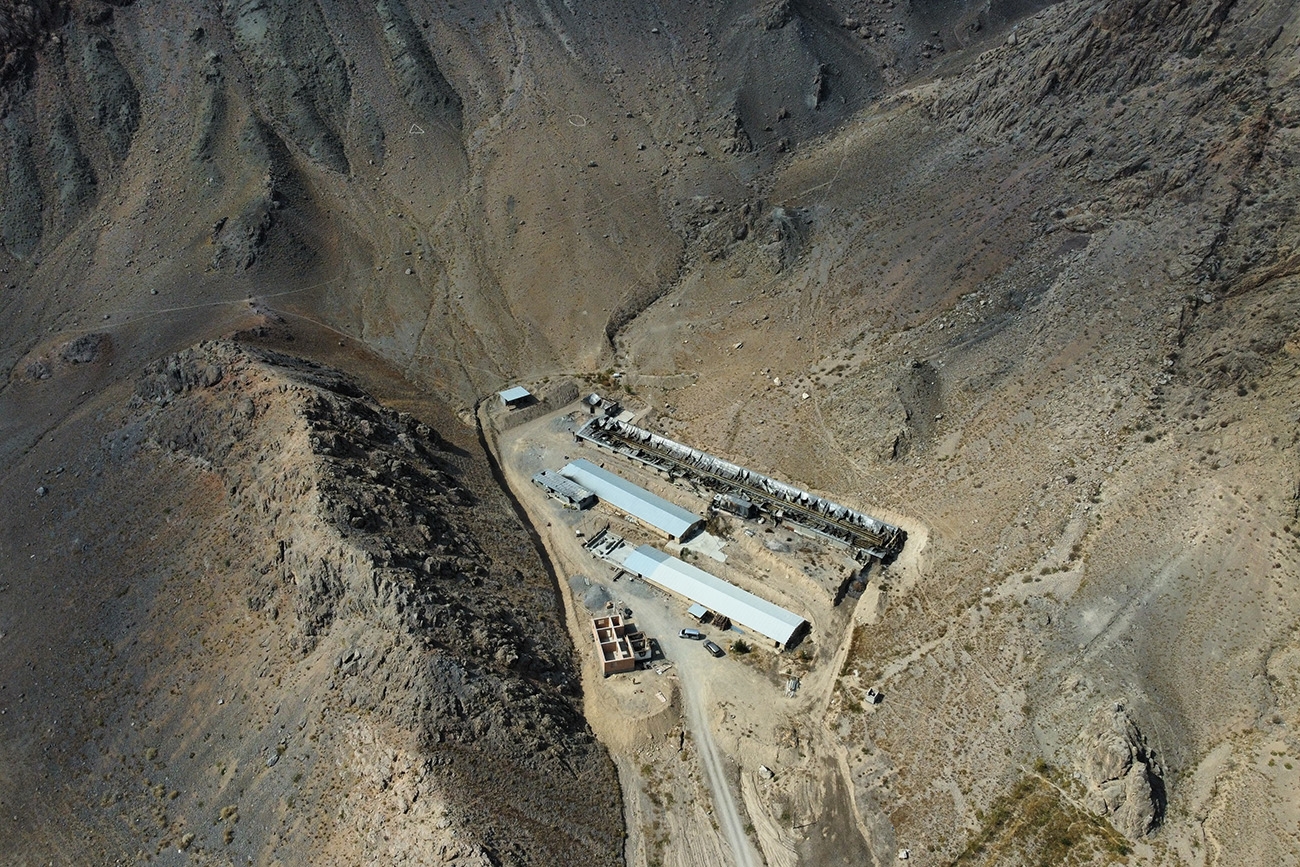 A disused army target-practice site was not an obvious place to build a poultry farm, but the spot suited Matisa Nadyrov and his family. It was flat and spacious, rare attributes in mountainous southern Kyrgyzstan, and out of the way.

The choice of location, on a height above the village of Ak-Sai, just adjacent to Tajikistan’s enclave of Vorukh, proved tragic, however.

A large section of a farm painstakingly built up over five years in a troubled area of Kyrgyzstan’s Batken province through hard work and funded with crippling loans now lies in ashes.

Nadyrov, born in May 1964, was killed on September 16, his son, Adilet, told Eurasianet.

His killers arrived from Tajikistan sometime late in the morning. They set one large barn ablaze. Nadyrov tried to escape by clambering up the scree above the farm, but he was struck by gunshots fired from a distance, Adilet said. No family members were able to come to his aid.

He left behind four children – one son, three daughters – and 14 grandchildren.

“He was a very good father, modest and compassionate,” said Adilet, who has tirelessly co-managed the family business.

Eurasianet correspondents met Nadyrov in March 2022 while reporting an article on the hardships of trying to set up an enterprise in an area of Kyrgyzstan bedeviled by recurrent border conflicts.

And few places could be more precarious than Ak-Sai. The village lies on a slender corridor of land that separates the mainland of Tajikistan from the Vorukh enclave. When Kyrgyz motorists drive to Ak-Sai, it is common for them to cross paths with Tajik-plated cars making their way through no-man’s-land intersections used by both Kyrgyz and Tajik people.

Snipers from both armies, well-hidden in the rocky hills hanging overhead, have customarily kept a close eye on movements.

There is heightened paranoia among Tajiks that either Kyrgyz communities or their armed forces are able at any time to block the road to Vorukh. This card, they say, can always be played during border disputes. 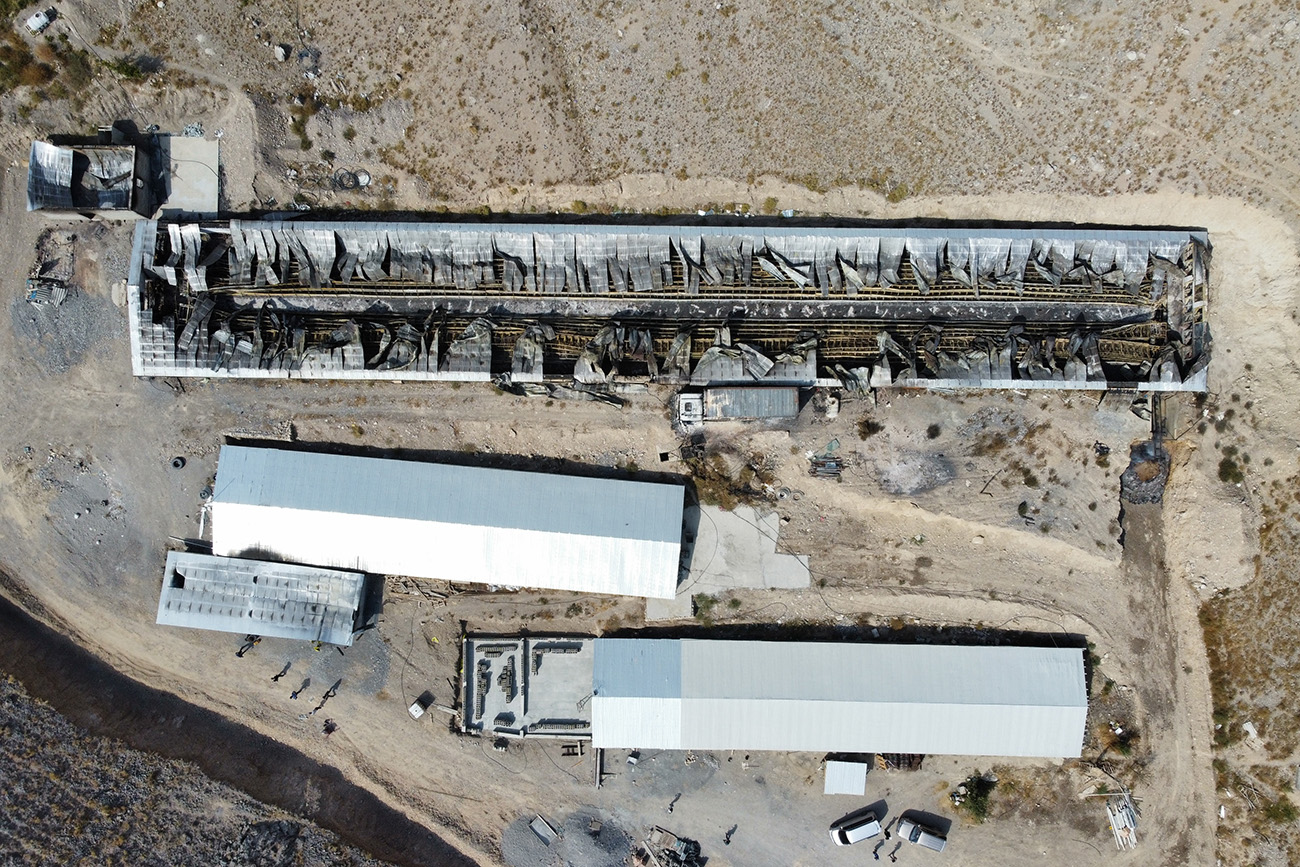 That Ak-Sai was singled out for particularly brutal treatment last month – more than 80 homes there were torched – may have been intended to displace Kyrgyz communities permanently and create conditions on the ground for future negotiations. Exactly who was responsible for the attacks is not known. Although cross-border communities do often clash, there is persuasive evidence that much of the violence seen in September was perpetrated by armed irregulars with origins other than the conflict zone.

When he was interviewed by Eurasianet, Nadyrov insisted that he got on well with Tajiks. Although ethnically Kyrgyz, he was born in a village, Shurab, that is now inside Tajikistan. Latterly, he had had few dealings with Tajiks, because of the border tensions, but he nevertheless exchanged a few words when they met at grocery stores used by cross-border residents. Asked about the main challenges facing businesspeople in Batken province, Nadyrov alluded only tangentially to the occasional flareups of unrest. He concentrated instead on the difficulties of securing bank loans and the smuggling that makes running an honest business unprofitable.

While hardliners, many of them far away from Batken province and its problems, insist on the need to keep the border with Tajikistan closed – as they have been since April 2021, the month that saw the last major cycle of violence – small-scale agriculture workers acknowledge that the status quo is hampering their growth.

“We are not developing,” Nadyrov told Eurasianet earlier this year. “I have about 30,000 chickens now, but I would like to increase that to 100,000. I’ve been in the poultry business for 27 years and I know all the secrets for how to make the eggs taste good. By now I should have fulfilled my plans and started exporting.”

After leaving school in Ak-Sai, where he grew up, Nadyrov enrolled in the Novosibirsk State Technical University in Russia to pursue studies in civil engineering. After leaving college, in the early 1990s, he returned to poultry-rearing, a line of work that his family has done for generations.

“It is in our blood, our ancestors all worked with birds,” Nadyrov told Eurasianet.

He met with some hostility to begin with.

But once Nadyrov and his son set up in their current site, away from where the homes in Ak-Sai stand, they were able to expand operations.

“Now 14 people work for me,” Nadyrov said, taking pride in his ability to provide employment in an area where jobs are sparse.

Nadyrov says he could have lived elsewhere. It would have been far easier, in fact, he told Eurasianet. Because Ak-Sai and similar villages are considered areas of high risk, even state-owned banks are reluctant to issue business loans. He persisted, nevertheless.

“We want to continue living here, to stay and work. I am not leaving, I’m in my 60s already. My children are here,” he said.