Part of the mission is to ensure that Russians engage constructively with people in their new home. 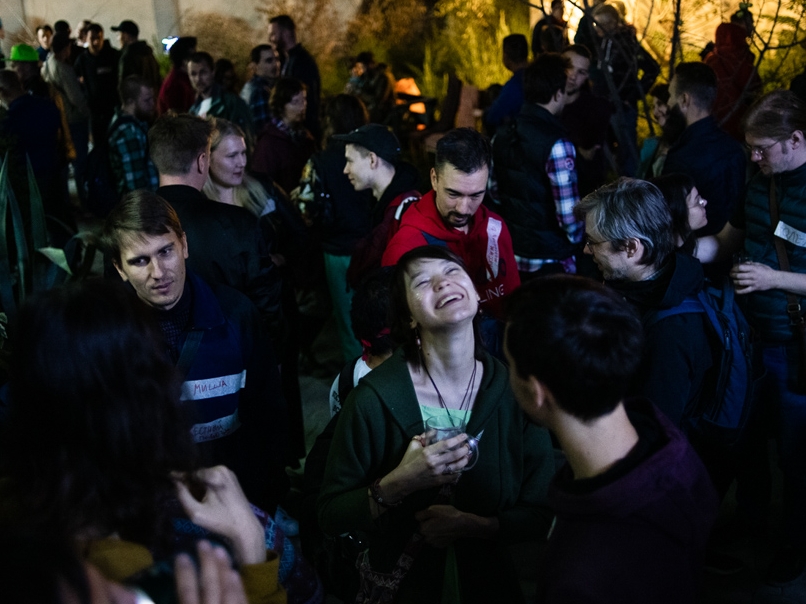 It took a war and self-imposed exile for Yulia and Ilya Kuleshov to finally make their dream a reality.

The Kuleshovs are among the hundreds of thousands of Russians who have fled their country since it invaded Ukraine in February. They chose Kyrgyzstan for their new home.

“Because we do not agree with Russia’s [decision to start the war], we decided to put ourselves at a long distance from it,” Ilya, a 34-year-old real estate specialist from St. Petersburg, told Eurasianet. “We came to Kyrgyzstan quite by chance, because we were looking for a safe place. We liked the fact that Kyrgyzstan is considered the most democratic country in Central Asia.”

While still remotely running You Will Be Believed, a foundation created to combat child abuse, Yulia has enrolled to pursue a master's degree in anthropology at the American University of Central Asia in Bishkek. Their daughter, Juno, is in the first grade and is now learning to speak Kyrgyz.

When the Kuleshovs left Russia in March, they first tried out Osh, Kyrgyzstan’s second city, but they moved to Bishkek after hearing of the capital’s lively civil society scene.

In June, they opened a co-living and co-working space that they dubbed Red Roof. The premises are in the south of Bishkek in a two-story building topped by the faded red tiles that inspired the name. The ground floor is a plant-strewn open-area space used to host seminars on urbanism, crafts and activism. In the basement, Ilya set up a workshop in which he does carpentry and makes mosaics. The upper floor is where the living quarters are located. 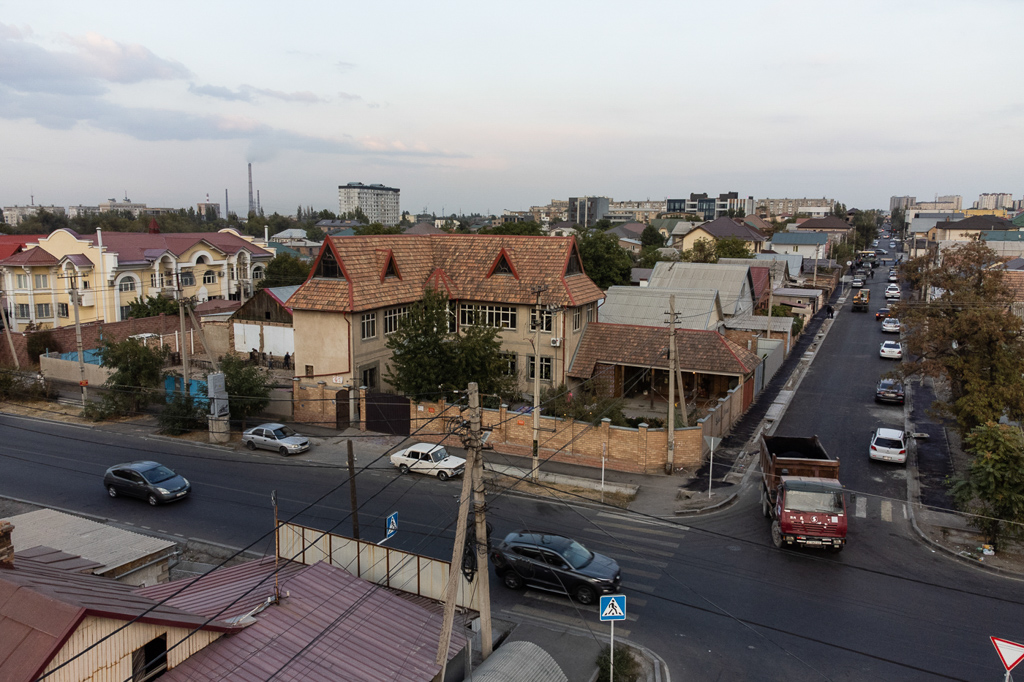 “It would be almost impossible to create a format like this in a large Russian city,” Ilya said. “We like housing like this, because it takes a lot of effort out of doing childcare. If families live together, their children can play together.”

There are five rooms on the second floor. Some people live in them for extended periods, others just pass through. 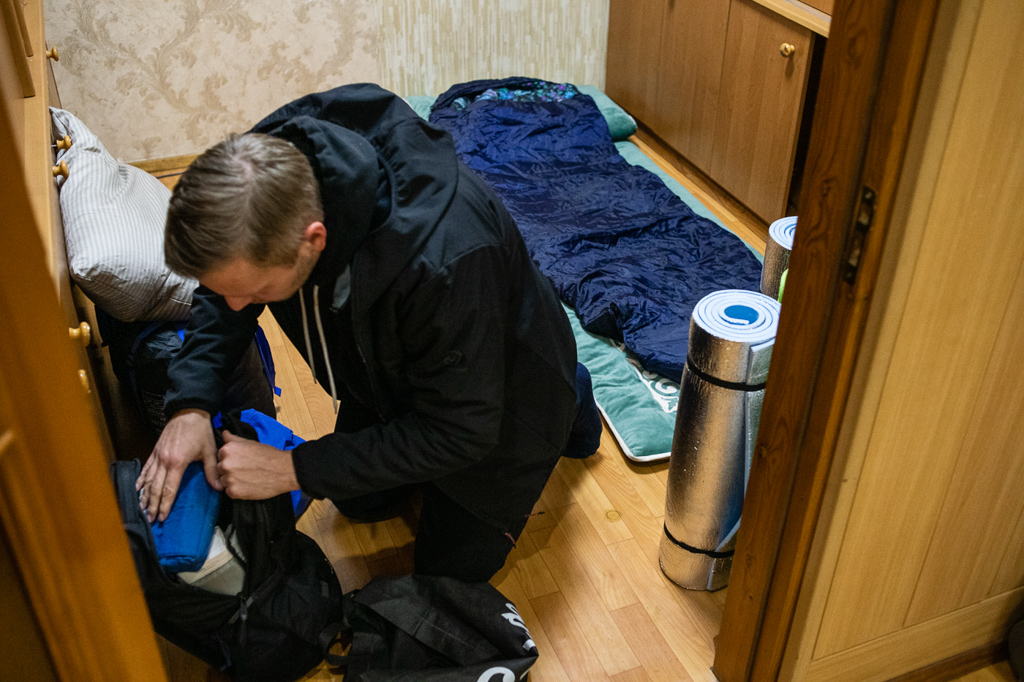 One of the more permanent residents, Mikhail Mironov, a 28-year-old mathematician from Moscow, told Eurasianet in October that he had been at Red Roof for around four months. Before coming to Kyrgyzstan on advice from his friends, he spent some time in Georgia and Turkey. Throughout May, he moved from one hotel to another, until finally landing at the Kuleshovs’ place.

“It’s always cozy here. You have personal space, but you can also socialize endlessly,” Mironov said. “If I had rented an apartment or stayed in a hotel, I would be cut off from society.”

After speaking to Eurasianet, Mironov left Kyrgyzstan for Uzbekistan, from where he expects to travel to Israel. His plan is to return to Bishkek in the spring, once the smog caused by all the coal-fueled heating stoves lifts.

The first Russian exodus occurred immediately after the invasion of Ukraine began. A follow-up wave occurred in late September, when the Kremlin embarked on a partial mobilization drive intended to shore up its faltering forces. With free accommodation in limited supply, Red Roof became a lifesaver for those who made it in. At one time, around 30 Russians were staying there, sleeping in corridors and storage spaces. 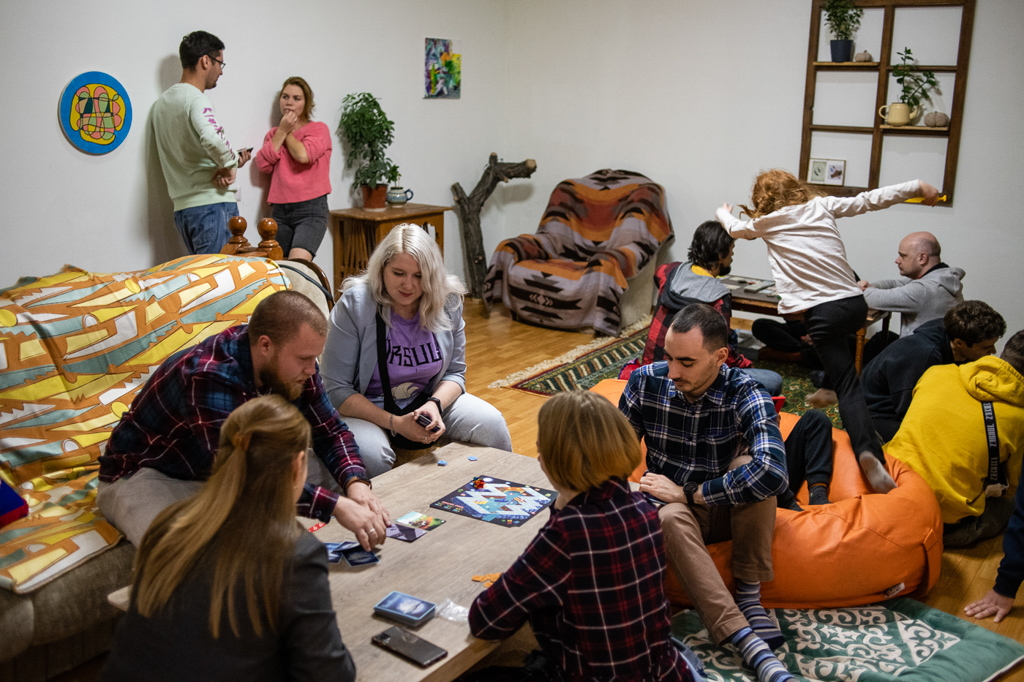 The crush was so great that the Kuleshovs rented a second house. Around a dozen Russians are now setting up their lives there.

Part of the mission behind Red Roof is to ensure that Russians engage constructively with people in their new home.

So in September, the Kuleshovs hosted an event on the topic of decolonization. Around 200 Russians sat around the porch of the Red Roof listening to talks about their native country’s imperial legacy and how to avoid compounding historical offenses. To take one trivial-seeming but fraught question, the Russians were advised to desist from referring to Kyrgyzstan as “Kyrgyzia,” imperial- and, later, Soviet-vintage nomenclature that now causes resentment.

Yulia said that events like those are important to avoid tensions arising between fresh Russian arrivals and their Kyrgyz hosts.

“People [in Russia] treat visitors disgustingly,” she told Eurasianet. “It is important for us that Russians here do not reproduce unpleasant patterns of behavior.”

Some, after all, may be here for the long-haul.

Red Roof hosted another event in early October devoted to employment and business prospects in Kyrgyzstan. The 35,000 som ($400) raised from the sale of food and drinks at that event and the decolonization seminar was donated to charities helping street children and other causes.

The focus for the Kuleshovs is very much on becoming a useful addition to their surroundings. Over the summer, Ilya joined the team at Peshcom, a Bishkek-based movement striving to promote the edification and livability of the city. The co-working space at Red Roof has become Peshcom’s de facto HQ.

The Kuleshovs say they will stick around Bishkek for at least a couple years. Their ambition is to develop Red Roof to the point that it can survive without them.

“We want to make this space sustainable, so that after we leave it continues to exist – both the place and the community. It will take,” said Ilya.