An airport swindle offers an illuminating peek at the Fergana Valley's economy and fraught ethnic politics. 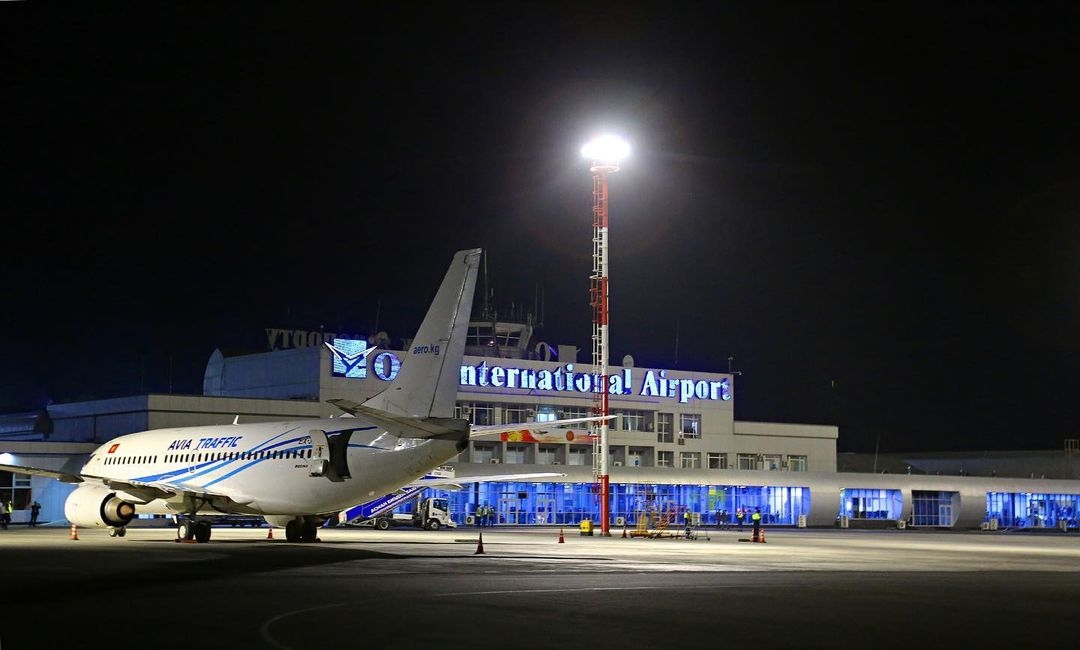 Many international flights to Osh land in the wee hours. (airport.kg)

When Bakhodir Mamirzhanov arrived one recent morning at Osh international airport, in Kyrgyzstan’s second city, following a tiring red-eye flight from Russia, he was met at the exit by a cluster of hustling taxi drivers.

His destination: the border with neighboring Uzbekistan.

Although the airport in the city nearest to Mamirzhanov’s home, in Uzbekistan’s Andijan region, also has flights to Russia, Osh is a cheaper option. This is mainly because the terminal has direct flights to the industrial Siberian cities where many Central Asian laborers have jobs.

“Unlike my compatriots, who mostly go to large cities, I went to work as a cook in Surgut and just recently returned home through Osh,” Mamirzhanov told Eurasianet. “As soon as I left the terminal, one of the taxi drivers snatched my bags and suitcases and jostled me into his old Mercedes.”

The ride from the airport to the Dostuk border crossing is around 6 kilometers and lasts no more than 20 minutes on average. A local might expect to pay around 200 som ($2.40) for the ride. Vulnerable Uzbeks get stung for much more.

“When we reached our destination, he asked for 800 som for his services and began to rush me saying that he needed to go back and pick up more passengers. I handed him a 1,000-ruble ($16.50) bill and tried to explain that that was too expensive. He gave me change of 200 Kyrgyz som and quickly turned around and left.”

Another passenger who happened to be on the same flight from Surgut, Abdulkhamid Abidov, agreed that he and his wife should share a taxi with another pair of fellow Uzbeks, so as to split the cost.

“It was like the taxi drivers had all conspired to refuse to take us as a group. They insisted on the principle of ‘one car, one passenger.’ I barely managed to persuade the young Kyrgyz guy that I could hardly just abandon my wife on her own. He finally reluctantly agreed to take us to the border for 1,000 som,” Abidov said.

Talgat Kudoyarov, a former worker at the Osh airport ground service company, said this kind of scalping of helpless arrivals happens because the taxi business at the terminal is entirely controlled by a racket mainly composed of people from a number of villages in the nearby Kara-Suu district.

“They won't let anyone into their parking lot,” he said. “Even when Uzbek acquaintances come to pick up passengers, they start arguing and picking fights, then making threats.”

Kudoyarov alleged that the taxi business is supervised by gangs and that it costs a one-time payment of 20,000 som ($240) to earn the right to run taxi rides from the airport. What is more, only residents from around the nearby village of Monok are allowed into this circle, according to several drivers involved in the business.

Osh-based journalist and civic activist Shokhrukh Saipov said on his YouTube channel that when he tried to raise this matter with the authorities, following the complaints of many swindled Uzbeks, officials were largely indifferent and just asked for evidence in the form of photos or video footage.

“I was once again forced to bring up this matter in July, when I went to Osh airport to meet some acquaintances from Uzbekistan. I began filming everything. The taxi drivers started to threaten and intimidate me, accusing me of trying to sow inter-ethnic tension. After that I had to file a report with the police,” he later told Eurasianet.

The complaints of Saipov and other people on social media appear to have had some initial effect.

Some investigations were pursued and remedial actions taken in the wake of the furor.

Ziyaddin Jamaldinov, the presidential plenipotentiary to the Osh region, reportedly ordered that surveillance cameras be installed around the premises of the airport.

But habitual users of the terminal say that nothing has changed in reality.

“The fact is that all flights from Surgut, Nizhnevartovsk and other cities arrive at night or in the morning. There is no public transport at that time of day, so passengers have no choice but to uses the services of local taxi drivers,” said Kudoyarov.