Kyrgyzstan: The Quiet Success of an Islamic Woman’s Group 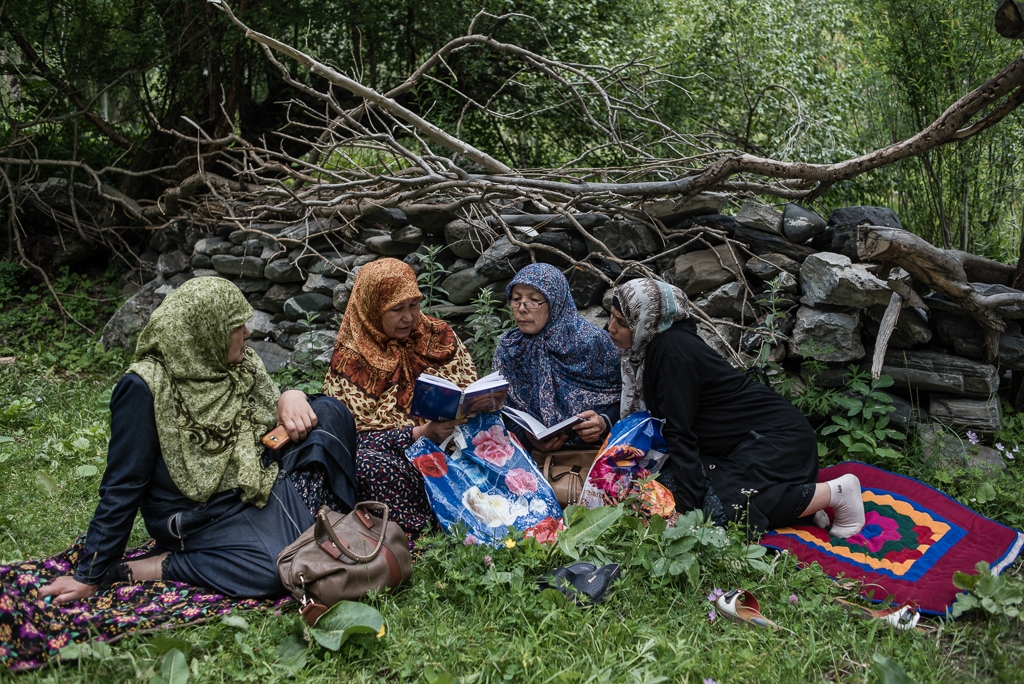 Women read educational Islamic books during their first joint picnic in the Alay district in July 2017. (all photos by Danil Usmanov)

Every week, hundreds of women trickle in and out of Dilyarom Hamrakulova’s home in Aravan, a town in southern Kyrgyzstan on the border with Uzbekistan. Groups sit on the floor around a sparse room to study the Koran and talk about their lives, hopes and problems.
Quietly and unobtrusively, gatherings like these have regularly been taking place across Kyrgyzstan since 2000 under the auspices of the Mutakallim public association, a women’s educational initiative named after the Arabic term for a scholar of Islamic theology. While the group was first formed as an exercise in increasing religious awareness and to foster female solidarity in a strongly patriarchal society, its supporters see it taking an increasing role as a bulwark against the proliferation of radical ideologies. 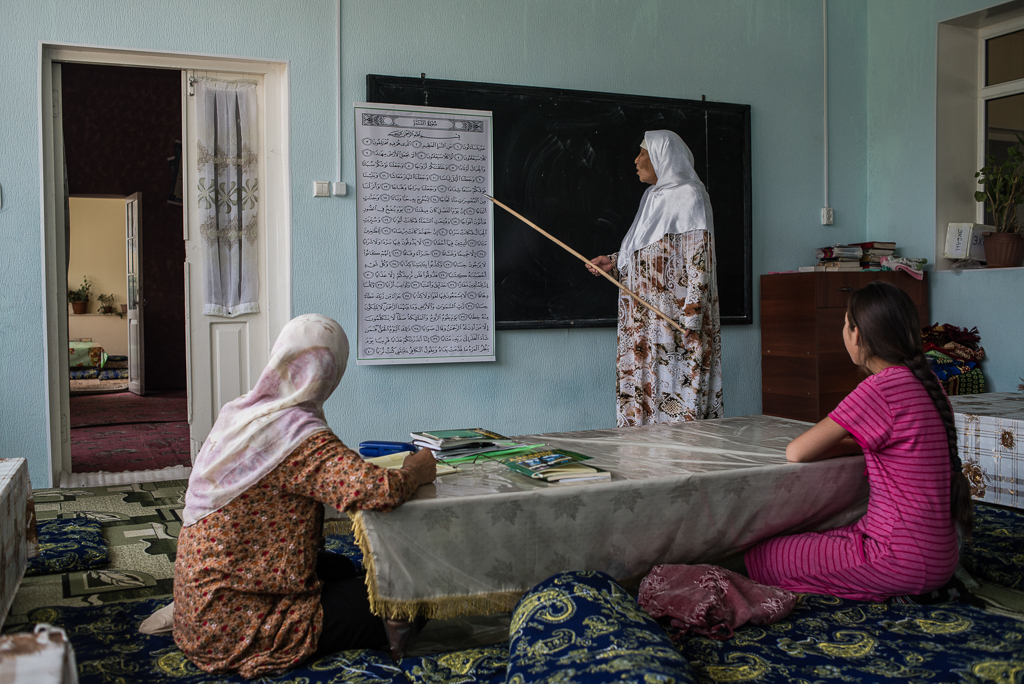 After retiring as a school principal 15 years ago, Hamrakulova found herself at a loose end. With time to spare, she turned to reading the Koran and became inspired by what she found there.
“When I began to … delve into the meaning of the Koran, I understood that religion is nothing bad, but rather that it is about education. Then I began to telling my fellow retirees about this. First one, then two, then a third, and then we started putting [study] groups together,” Hamrakulova told EurasiaNet.org.
In 2004, Mutakallim approached Hamrakulova to ask her to head up their Aravan chapter, which has since become a bustling success story.
In male-dominated southern Kyrgyzstan, where women’s rights do not feature prominently on the public agenda, Mutakallim represents a valuable space for mutual support and has spurred women into taking a more active role in society. The secret has been to establish bonds through shared faith but then to gently coax members into opening up about their difficulties, Hamrakulova said.
“We slowly reached out to them and entered their hearts, and after some time, they began to open up to us and tell us what was worrying them,” she said. 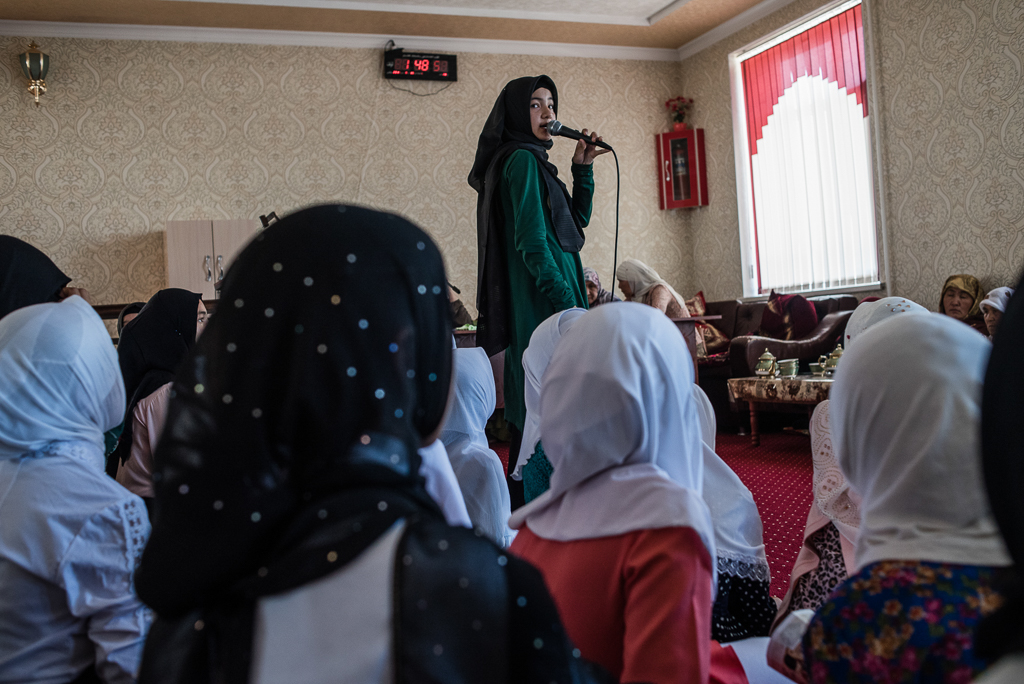 By overcoming their fears and concerns, many women have gradually mustered the confidence to get jobs or take more responsibility for their own fates.
Elnura Kazakbayeva, an expert on gender issues who has been studying Mutakallim for the past year, said that if the association initially started out with a religious focus, it has increasingly sought to nudge women into more civic activism.
“At the national level we have adopted a lot of laws and we have many progressive ideas. But at the local level, this is all still very remote for women. We tell them that they can stand up for their rights, but in the majority of cases, they are not very well-educated and they come under patriarchal pressure. I think that through this organization, albeit that it is religious, many women can learn many things,” Kazakbayeva said.
As Hamrakulova told EurasiaNet.org, some of their educational efforts extend to sensitive medical matters. Hamrakulova said that she advises her pupils to steer clear of practitioners of folk medicine and that women suffering from potentially embarrassing conditions should go to properly qualified doctors.
Mutakallim, which is Kyrgyzstan’s largest Muslim organization for women, also has an activist streak. Its most notable achievement to date came in 2008, when the authorities finally agreed to allow women to have their passport photos taken while wearing with their headscarves. 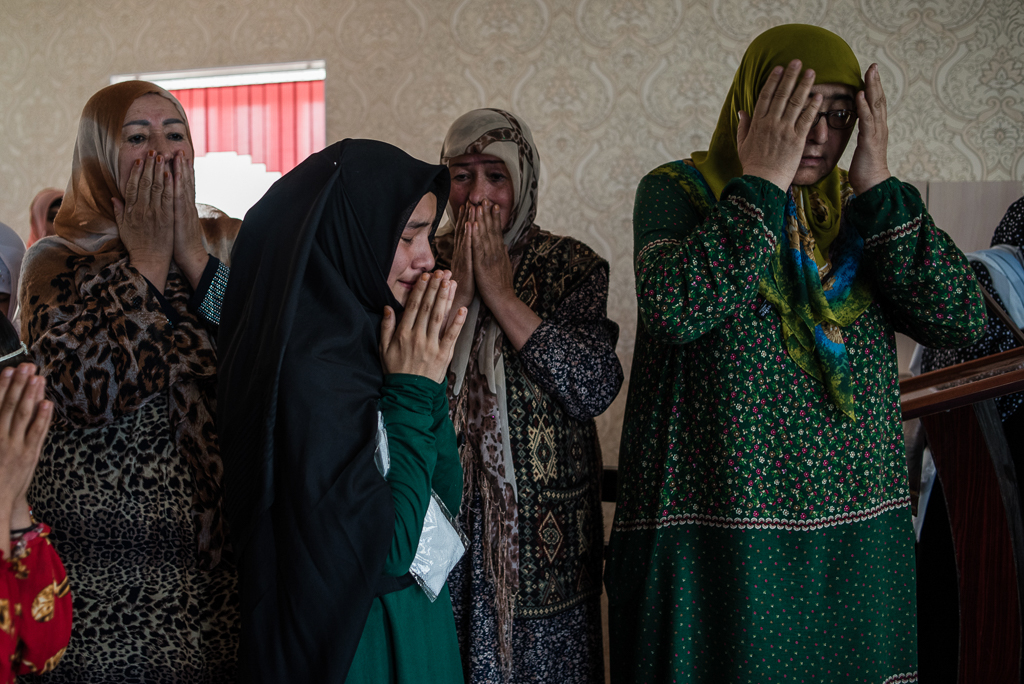 Jamal Frontbek kyzy, who heads Mutakallim, said that the decision was an important breakthrough in overturning what she described as the myths that circulate about devout Muslim women in Kyrgyzstan.
“Many commonplaces have abounded in Kyrgyzstan’s society about women in headdress — that they are extremists, lacking in education, provincial, have no concept of beauty and healthy living, that they are passive and submit to the will of men,” Frontbek kyzy said.
Although vocal proponents of secularism have bristled at what they perceive as evidence of creeping Islamization, the government has become increasingly comfortable with the role Mutakallim can play in helping women pursue benign forms of their faith. 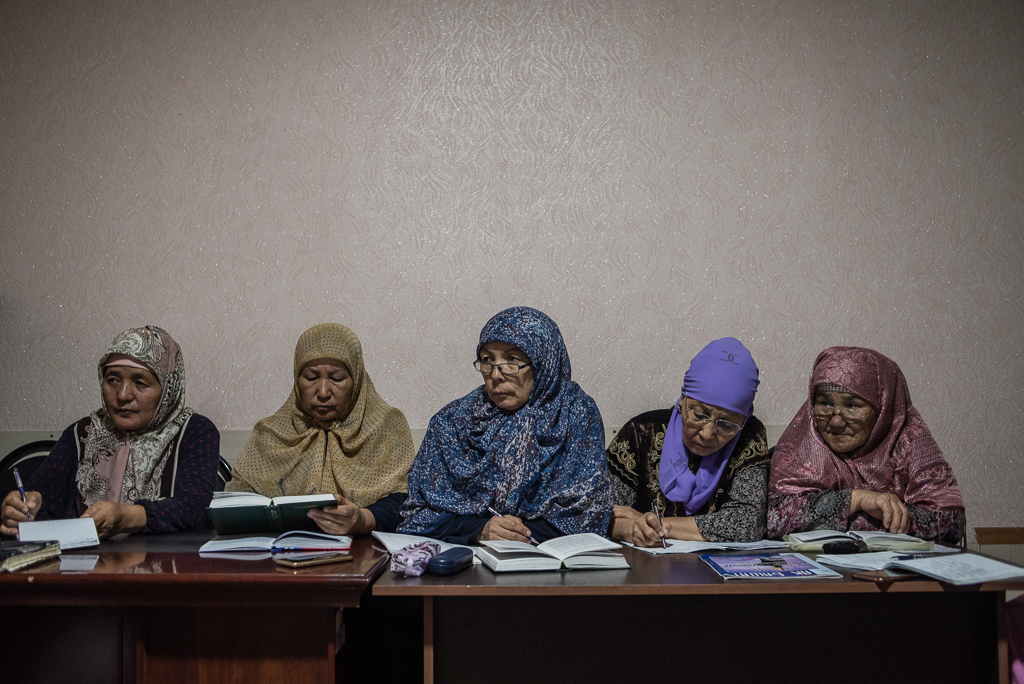 Around 45,000 women have been through Mutakallim’s doors. More than half were from the south, where many of the radicalized young women who have traveled to the Middle East to join the ranks of militant groups have come from. In mid-2015, police in Kyrgyzstan noted that by their estimates one in five Kyrgyz citizens going to Syria to join militant groups were women.
The life experiences of those who turn to Mutakallim could not be more starkly different.
Akylai Raimberdiyeva, a 45-year-old widow, has been going to Mutakallim study groups in the southern city of Osh for the past year. She lives with two children in a cramped apartment. Every morning, she takes public transport for the 25-kilometer trip to Kara-Suu, home to a sprawling market, where she works a stall selling shoes.
Raimberdiyeva began attending classes on the advice of her friends at the bazaar. Although she has been faithfully saying her prayers for more than 10 years, she had never properly read the Koran or devoted much time to the considered study of Islamic canon.
“When I was young and was studying at university, I used to think about how it was that people were created. And then I saw a leaflet at the bazaar, I studied it and I began to use it to say my prayers. But now, since I have been studying at Mutakallim, I understand that all this time I have been doing it all wrong,” Raimberdiyeva said. “But the main thing is that before, I got on badly with people. If somebody made me angry, I would immediately start to argue with them … After I began to receive knowledge, I understood that if somebody is aggressive, you should not respond in kind, stir up anger or sow discord.”

Frontbek kyzy is upfront about the fact that her organization actively coordinates with the authorities and that respect for the country’s laws is a recurrent theme in Mutakallim’s teachings. 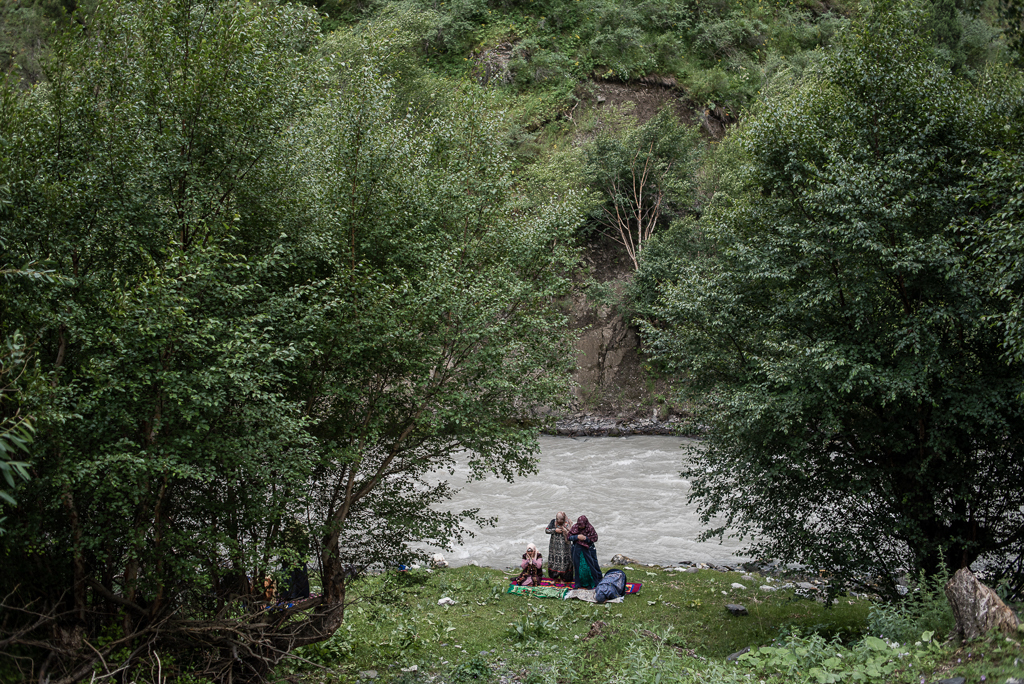 Mutakallim’s perceived effectiveness in propagating a benign and education-focused model of Islam has attracted much foreign funding from bodies like the United Nations Population Fund, the National Endowment for Democracy and USAID. Despite her own firmly secular background, Kazakbayeva said she thinks the group’s efforts are bearing fruit.
“Not so long ago, I spoke with some 17-year old girls who said to me: ‘The custom is that we’re supposed to get married at this age. But we don’t want that, we want to study.’ And this is down the fact that they [Mutkallim] worked with mothers to ensure that they gave their daughters a choice and avoided dooming them to their fate. If it wasn’t Jamal [Frontbek kyzy] and her organization, where would all these women be?” Kazakbayeva said.