Kyrgyzstan: The (underground) empire strikes back?

A blogger is arrested and state media turns on investigative journalists. The wheels of Kyrgyz justice are prioritizing a crackdown on free speech over one on graft. 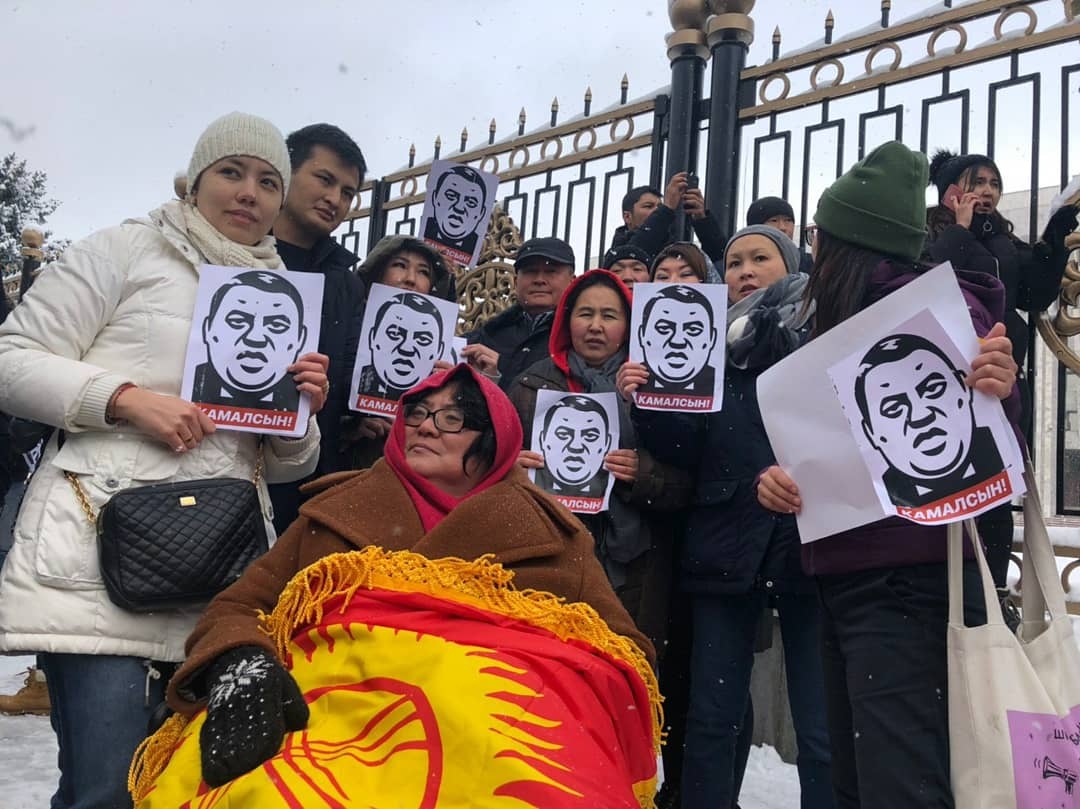 When hundreds took to Bishkek’s streets this week outraged over the findings of a blockbuster media investigation into high-level corruption, they demanded a “reaction” from the authorities.

The investigation – which reflected particularly badly on Kyrgyzstan’s Customs Service – shed light on an “underground cargo empire” run by a previously little-known family, the Abdukadyrs. And it claimed their success was facilitated by a notorious and powerful gatekeeper, former Deputy Customs Chief Rayimbek Matraimov.

Over the last year, Matraimov has come to personify graft and backroom power-broking, though he no longer holds an official position.

On November 29, Kyrgyzstan’s chattering class held its breath as Matraimov was called into the State Committee for National Security (GKNB) and questioned over whistleblower allegations published in the report.

But after six hours inside the building, Matraimov walked free.

The interrogation was part of an interdepartmental probe into an attempted-murder claim made by the main whistleblower for the media investigation: self-confessed money launderer Aierken Saimaiti.

The fact that Saimaiti was actually murdered in Istanbul earlier this month has added weight to his allegations and stoked public indignation. Before his November 10 shooting, Saimaiti described to journalists how he laundered hundreds of millions of dollars for the Abdukadyrs while facilitating bribes for Matraimov.

Saimaiti said he fell out badly with the Abdukadyrs and feared for his life. For their part, the Abdukadyrs have said nothing. And for his part, Matraimov has described Saimaiti’s testimony as a lie and, from the start, made his readiness to face questioning known.

Other visitors to the GKNB’s interrogation rooms failed to resurface in recent days, such as blogger Aftandil Zhorobekov and Kyrgyzstan’s recent consul in Istanbul, Erkin Sopokov. The GKNB says it is holding them in pretrial detention.

But Zhorobekov’s supporters say his detention shows how the wheels of Kyrgyz justice are prioritizing a crackdown on free speech over one on graft. The real reason for his detention, they believe, was a post claiming evidence that Khabibula Abdukadyr, Matraimov and several of his relatives had flown out of Bishkek on a charter flight. Matraimov later said he had returned to Kyrgyzstan to face questioning.

The jailing of the Istanbul consul, Sopokov, ostensibly on abuse-of-office and personal-enrichment charges, has been greeted more ambiguously. Sopokov’s car (bearing diplomatic license plates) was found meters from the café where Saimaiti was gunned down. Saimaiti is believed to have driven it there, which would be strange since Kyrgyz officials wanted him for extortion at the time of his death.

Some are already voicing concerns that Sopokov offers an easy scapegoat for investigators wary of rattling Matraimov.

Another hint that authorities may be focused on damage mitigation is the response of the government-owned television channels to both the anti-corruption rally and the explosive investigation – which was published by the Organized Crime and Corruption Reporting Project, its local media partner Kloop.kg and Radio Free Europe’s Kyrgyz service, Azattyk .

Talking heads on state broadcaster KTRK treated the investigation with skepticism. The rally was poorly attended, KTRK added, and padded with students from the local American University. The Fifth Channel ran a program casting doubt on Azattyk’s journalistic integrity. Meanwhile, the social media bots seem to have returned in force. Though they are widely viewed as fighting for the Matraimovs rather than the government, the lines are blurring.