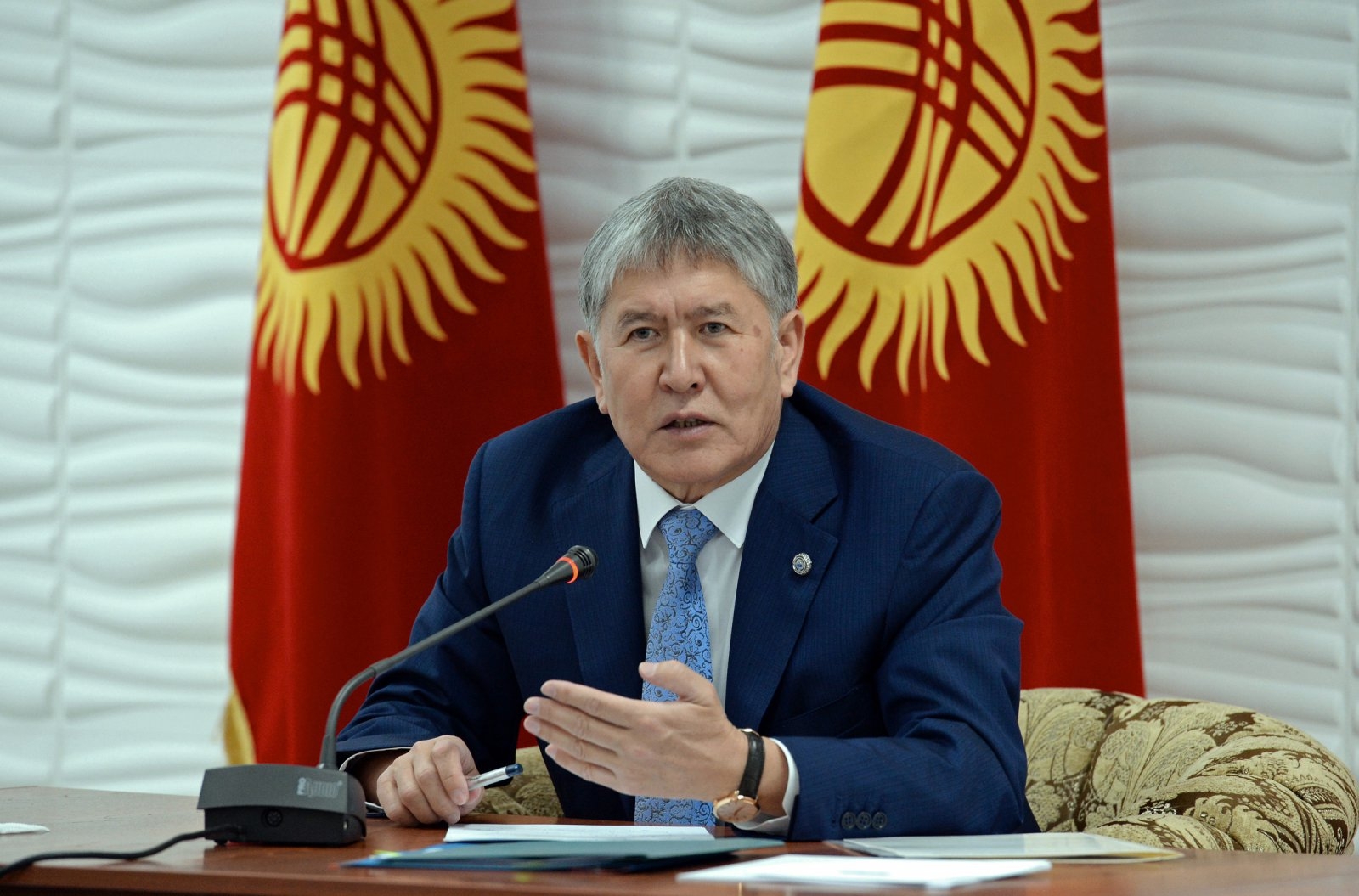 Life in Kyrgyzstan for independent media and critics of President Almazbek Atambayev took a fresh turn for the worse on April 28 as an embattled website revealed it is facing a fifth lawsuit from the government.

Yet again, the irreverent news website Zanoza.kg faces accusations of offending the dignity and honor of the president — both qualities cynics might suggest are in increasingly short supply.

This time, the outlet and its co-founders are being sued to the tune of 9 million soms (around $135,000) for reproducing outspoken remarks by former MP and long-time Atambayev detractor Cholpon Dzhakupova.

At a March 30 roundtable, Dzhakupova, who is also being sued by the General Prosecutor’s Office for around $45,000 in damages, was reported by the outlet as referring to Atambayev as “a person with maniacal tendencies” who was “dragging the country into a civil war.”

Less dramatically, she was also quoted as saying: “The media have become hostages to a person who has a desire to take revenge. We have become hostages to a situation in which the president says that he will never forgive the media because they allegedly killed his relatives.” The last part of that remark alludes to Atambayev’s recurrent claim that nosy journalistic investigations into his brother’s business dealings drove him to lethal exhaustion.

According to media reports, a court has frozen Dzhakupova’s assets pending the outcome of the trial. Since the judiciary in Kyrgyzstan is largely subject to the whims of the president’s office, Dzhakupova’s prospects look poor.

Dina Maslova and Naryn Ayip, two co-founders of Zanoza.kg, have been slapped with travel bans by the same court — a measure usually employed in criminal, rather than civil cases.

If comments alluding to Atambayev’s mental health were seemingly based on casual observation rather than medical evidence, Dzhakupova’s remarks that Atambayev’s attacks on the free press, and in particular Zanoza.kg, are rooted in a desire for “revenge” are worthy of serious attention.

Atambayev is on record for instance as saying that “dirty articles” published by the newspaper Vecherniy Bishkek about his brother’s commericial dealings caused him to die of a heart attack in 2015.

The editorial team in charge of Vecherniy Bishkek at the time those articles were published went on to form Zanoza.kg after the former was expropriated from its ex-owner and awarded to his one-time business partner in a scandalous court case.

The case, which concluded in 2015, bore all the hallmarks of government meddling and has since seen Vecherniy Bishkek reincarnated as an attack dog targeting Atambayev’s opponents.

Shortly after Dzhakupova’s speech at the March 30 roundtable, for instance, Vecherniy Bishkek published a hit piece headlined “On the Peculiarities of Dzhakupova, or Why Her Rhetoric is Sometimes Frightening.”

"Why did Dzhakupova suddenly mention civil war?" asked the author of the piece. "And how committed are her and her comrades towards it?"

This latest lawsuit means that Zanoza.kg and its employees could have to shell out over $400,000 in penalties if the state emerges victorious in the court cases, a sum the outlet is confident would lead to its certain dissolution.

Other outlets that have court cases linked to their relaying quotes of opponents of the government and president include 24.kg and Azattyk, the local service of Radio Free Europe.

An emotional public speaker, Atambayev has in the past also blamed the state broadcaster KTRK of causing his mother’s death in 1995, following negative coverage of him at a time when he was a prominent businessman and aspiring politician.