Kyrgyzstan: Three Opposition Pols Sent to Prison, But Not for Long 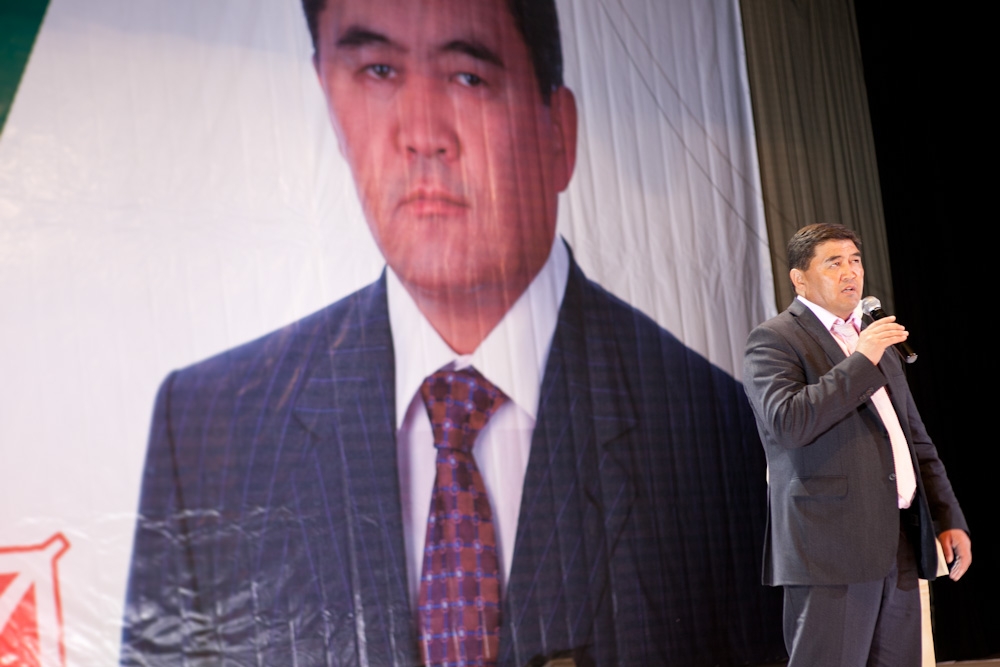 A court in Bishkek found three members of Kyrgyzstan’s nationalist opposition party guilty of trying to overthrow the government and handed them short prison sentences on March 29. The verdict, though less severe than their supporters had feared, did little to temper passions outside the courtroom, where riot police held back several hundred protestors, local news agencies reported.

Under the terms of Kyrgyzstan’s constitution, the three must be stripped of their parliamentary seats, which should be passed to other members of their party.

Kamchybek Tashiev and two other Ata-Jurt ("Fatherland") lawmakers were arrested after a protest outside parliament on October 3 grew violent. Tashiev, Sadyr Japarov and Talant Mamytov organized the rally, which drew approximately 1,000 demonstrators, to demand nationalization of the country’s most-lucrative asset, the Kumtor gold mine. After vowing to “replace this government,” and “occupy” the White House, Tashiev led dozens of protestors over a fence surrounding the building and chased away armed guards. Tashiev later said he was just trying to get to work.

The three pled not guilty. Their lawyers vowed to appeal.

Tashiev and Japarov were each sentenced to 1.5 years in prison. But because they had been in detention for almost six months already, their sentences were automatically reduced to six months – in Kyrgyzstan each day in temporary detention counts as two days against a sentence. Mamytov was sentenced to one year and could be released within ten days, Kloop.kg reported. Prosecutors had sought up to 10 years. The trial began January 10.

Tashiev’s arrest silenced one of the government’s most prominent critics, leading him, his supporters, and even some detractors to call the charges politically motivated. As a deputy, Tashiev – perhaps best known outside Kyrgyzstan for controversial statements about the country’s ethnic minorities – showed little interest in working with other political factions, instead regularly calling for the government to resign and using his fists to resolve disputes within the legislature. He took approximately 14 percent of the national vote during the last presidential election, in November 2011.

Sporadic protests since October have demanded the deputies’ release – and the nationalization of the mine – especially in Tashiev’s home region. Tashiev gained popularity around the southern city of Jalal-Abad in the early 2000s for distributing his personal wealth widely, providing social services and founding a boxing club in his native village, Barpy.

During his closing argument, Tashiev said the trial had been ordered from above to silence him and vowed that the opposition would soon come to power.

When the verdict was announced, Kloop.kg said, supporters inside the courtroom threw glass bottles at the prosecutors.

President Almazbek Atambayev told a crowd of Tashiev's supporters in Jalal-Abad on March 28 that he had no control over the verdict, which he said could only be decided in a court. But faith in the independence of Kyrgyzstan’s judiciary is low.