Isfana is to be renamed after a venerated first secretary of the Kyrgyz Communist Party. 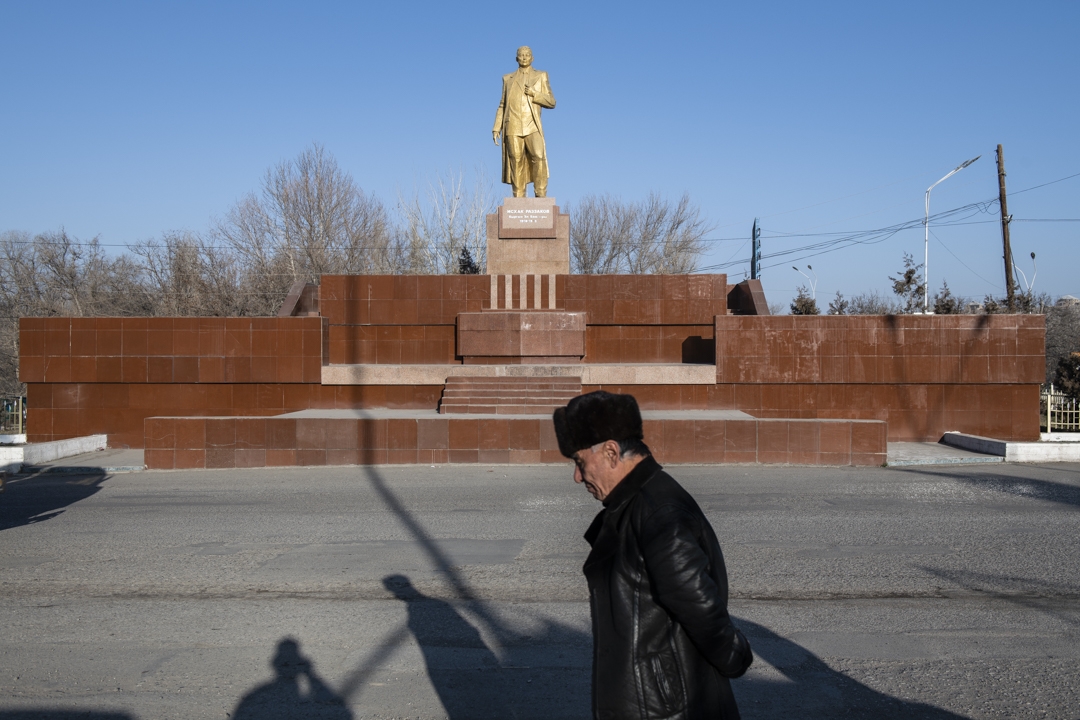 A statue of Razzakov in central Isfana. (photos by Danil Usmanov)

The president of Kyrgyzstan has ended the year on a populist crowd-pleasing note by ordering that a town in the country’s southwestern-most corner be renamed after a local hero.

But the decision to change the name of Isfana to Razzakov is not only a tribute to the man who served between 1950 and 1961 as the first-ever ethnic Kyrgyz head of the Kyrgyz Communist Party. The move is also an unambiguously nationalist gesture that comes at a time of heightened tensions with neighboring Tajikistan.

Abdylat Doorov, the editor of Isfana-based newspaper Ata-Jurt, has been campaigning for this to happen for more than a decade.

“[Isfana] is a Tajik name. Is- means fragrance, and -fena means soul. And we should uproot all Tajik names from all over Kyrgyzstan. Especially in our district,” Doorov told Eurasianet.

Regional politics aside, Iskhak Razzakov has long been embraced as a historical figure of towering importance by the people of the Leilek district, where he was born and grew up. Statues of Razzakov are dotted around Isfana, the district center, and local government officials typically bear his portrait behind their desk, where one of sitting presidents might otherwise hang. 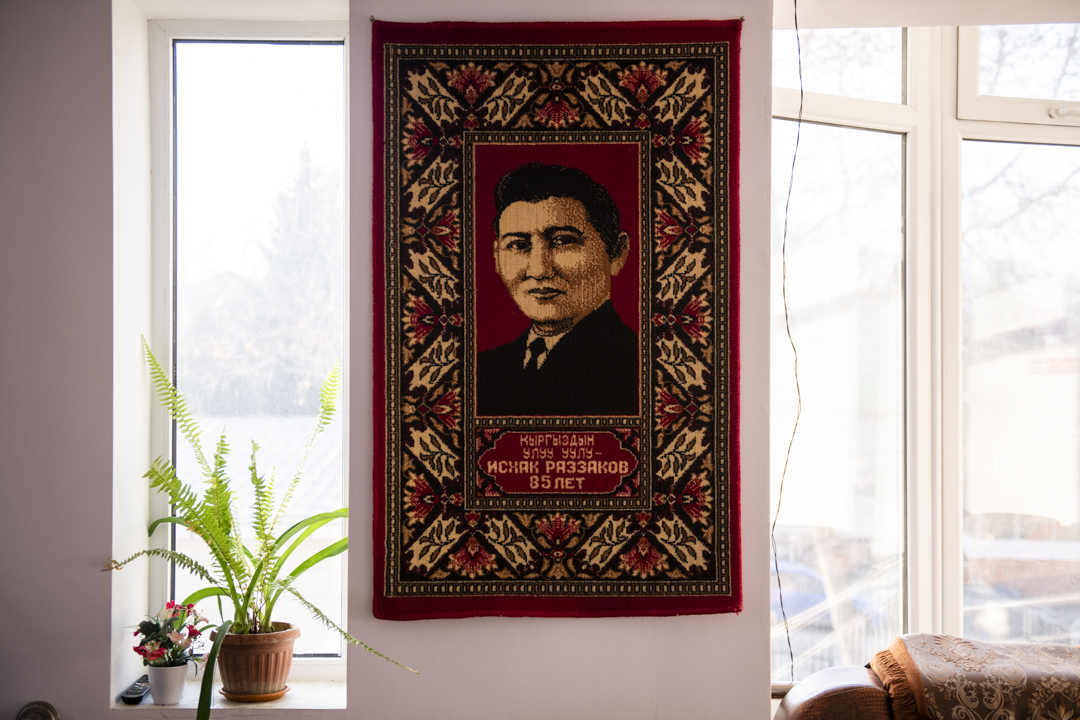 Razzakov’s champions attribute the foundation of important universities, teacher training institutes and the creation of a republic academy of sciences to him.

“It was under Razzakov’s rule that the foundations of scientific and intellectual knowledge were laid down in the [Kyrgyz Soviet Socialist Republic],” member of parliament Kanybek Imanaliyev said in a speech in 2018.

President Sadyr Japarov has been alive to the political upsides of advancing the myth of Razzakov.

Nishangul Sulaimanova, the administrator of the Razzakov Museum in Isfana, said in an interview to Eurasianet that Japarov told voters in the town that he favored the renaming proposal when he came visiting during the presidential election campaign.

“When he came to the museum in December 2020, I gave him a tour. He was very attentive, looked at everything and studied everything for about half an hour,” Sulaimanova said. “We have a book where visitors can share their impressions. In it Japarov wrote that if he became president, he would give the town the name of Razzakov.”

That the renaming did actually happen, though, will have come as a major surprise.

Almazbek Rakhmankulov, the head of the Leilek district, insisted in an interview with Eurasianet earlier this month that the prospect was an unlikely one.

“It has been 20 years that this question has been under discussion,” Rakhmankulov said. “But this is not a pressing issue at this moment in time.”

Rakhmankulov even suggested that most people in Isfana were perfectly content with the existing situation.

“Isfana is the historical name of the town. People have got used to it. Most voters in the city would be happy for the name to stay the same,” he said. 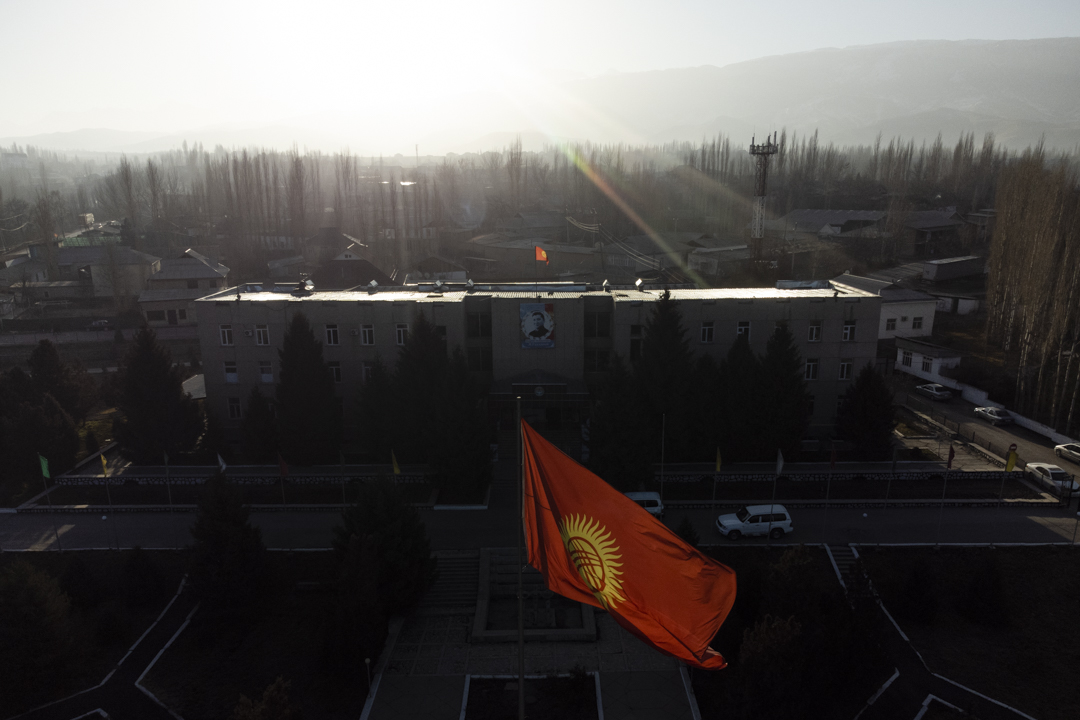 The violence that erupted in southern Kyrgyzstan’s border with Tajikistan earlier this year lent new urgency to this initiative, however. Fighting between communities on both sides of the border initially spiraled from a squabble over use of a water intake facility used to distribute irrigation water. Border guards were almost immediately embroiled in the fighting, which began far from the Leilek district, but eventually expanded to that locality. The scale of fatalities and damage on the Kyrgyz side has fueled suspicions that the Tajik government may have instigated the trouble as part of an intended land grab.

One recurrent anxiety in Kyrgyzstan about the future is that Tajikistan could one day seize territory that would isolate the western section of the Batken region – which mainly comprises the Leilek district – from the rest of the country.

“We should do it, otherwise the Tajiks will say that these places have been named in their language,” he said. “We’ve got Margul, Larkhun, Darga, we need to translate all these places into Kyrgyz.” 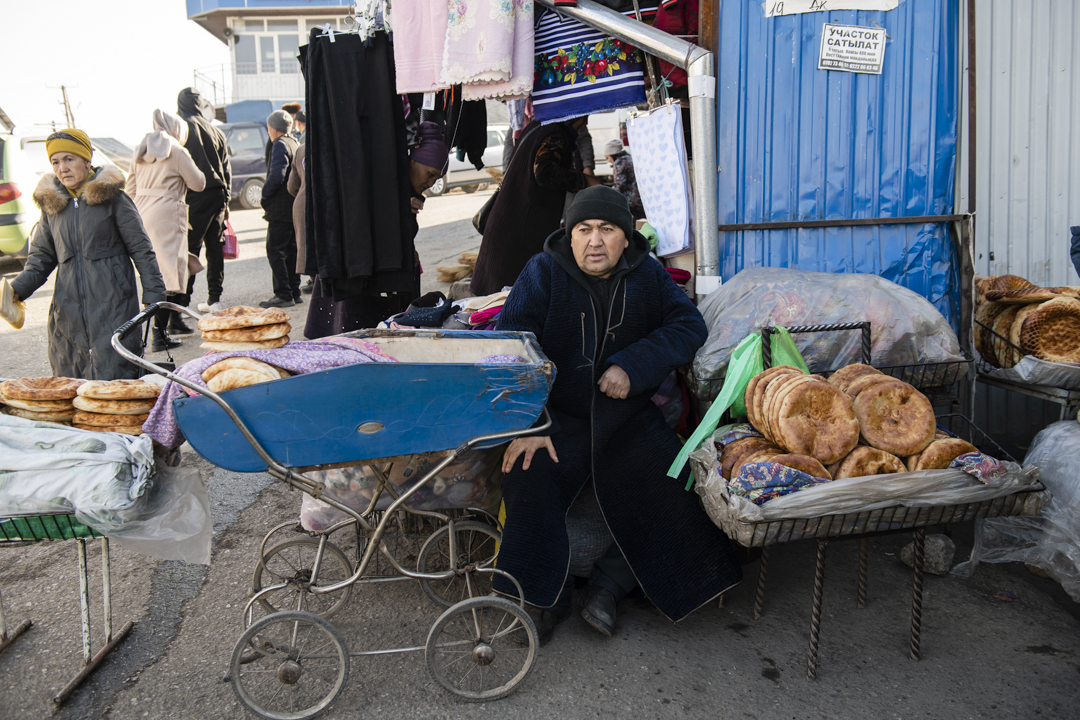 Japarov on December 25 ordered the government to take two months to consider the Isfana renaming question. He avoided framing this as a matter of regional politics, though, describing it instead as a measure intended to “further improve the spiritual and moral education of citizens” and to “perpetuate the memory of the outstanding statesman and political figure Iskhak Razzakovich Razzakov.”

Denis Berdakov, a political analyst in Bishkek, said that although the entire exercise would end up costing money, it would nevertheless play well with the general public.

“The renaming of Isfana is a necessary historical move. This is how continuity and the memory of politicians are preserved. What is more, this territory will now be perceived as being fully Kyrgyz,” Berdakov said.