Kyrgyzstan Truckers Say They're Out Of Work After Manas Closure 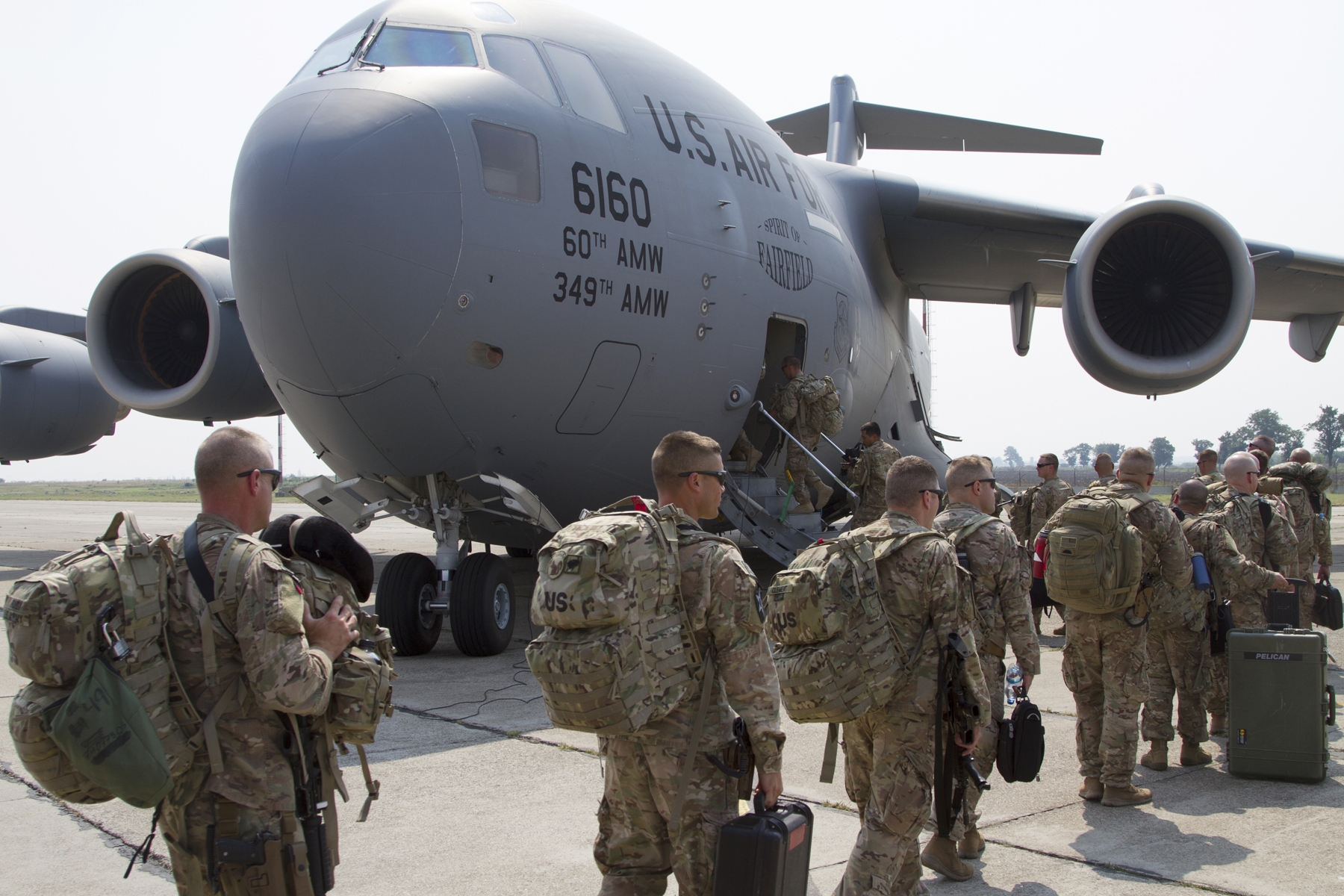 U.S. troops board an aircraft headed to Afghanistan at the Mihail Kogalniceanu air base in Romania, which this year replaced the Manas air base in Kyrgyzstan. (photo: U.S. Army Europe)

Kyrgyzstan's truck drivers say they are suffering because the U.S. military has shifted traffic to Uzbekistan in the wake of the closure of the Manas air base, which operated in Kyrgyzstan until earlier this year. But the U.S. military denies that any decrease in traffic is connected to the base closure.

The director of Kyrgyzstan's Truck Drivers' Association, Temirbek Shabdanaliyev, told website KNews that as a result of the Manas closure, 2,000 truckers are now out of a job:

"After the departure of the Manas Transit Center our truck drivers were left without work. Shipments through our territory to and from Afghanistan immediately stopped, for some reason traffic now goes through Uzbekistan. Before, every week our drivers carried out 300-400 trips to Afghanistan and back, now they sit idle."

The implication seems to be that the U.S. is punishing Kyrgyzstan for kicking the U.S. out of Manas, a claim the U.S. denies. "The closure of the Transit Center Manas and the decrease in volume of cargo transiting the Northern Distribution Network are unrelated," a spokesperson for U.S. Transportation Command told The Bug Pit. "In general, as U.S. involvement in Afghanistan decreases, there is a commensurate decrease in the need to use the NDN."

Nevertheless, the two sides are showing all the signs of an ugly breakup. This summer a senior Kyrgyzstan defense ministry official complained that the U.S. was cutting off its military cooperation programs as a result of the Manas closure. And U.S. military news stories from the Manas replacement in Romania, the Mihail Kogalniceanu air base, often criticize their former hosts in Kyrgyzstan. Take this story from August:

The [Romanian] base has quickly become a favored location for Soldiers, Sailors, Airmen and Marines who have previously been to Manas due to the lush atmosphere and convenient amenities provided by the Moral, Welfare and Recreation programs.

“So far my experience with M.K. is a lot more positive than prior deployments when I transited through Manas,” said Army Staff Sgt. Jennifer Brown, 211th Military Police Company, North Carolina Army National Guard. “The big difference is the landscape and the recreation opportunities.”

Since only weeks after September 11, 2001, troops have passed to and from Afghanistan through Manas in Kyrgyzstan. Without a new lease in Kyrgyzstan, the U.S. was forced to find a new location to ferry troop. With an inter-service relationship and infrastructure already built in Romania, it quickly became the top choice to take over operations.

“The working relationship dynamic is absolutely amazing here; everybody works together very well,” the first sergeant said. “If one aspect fails, then we all fail because we are all working towards a common goal.”

The new operation comes with several advantages. According the M.K. fact sheet, the operating cost is approximately $18 million per year, which is 77 percent less than Manas. The average time it takes to process personnel deploying into theater is 36 hours, which is 12 hours less; and 40 hours to redeploy to home stations, which 32 hours less than Manas.

Seems to be little love lost.