Kyrgyzstan turns off lights to prepare for crisis

There will be no escaping discontent this winter. 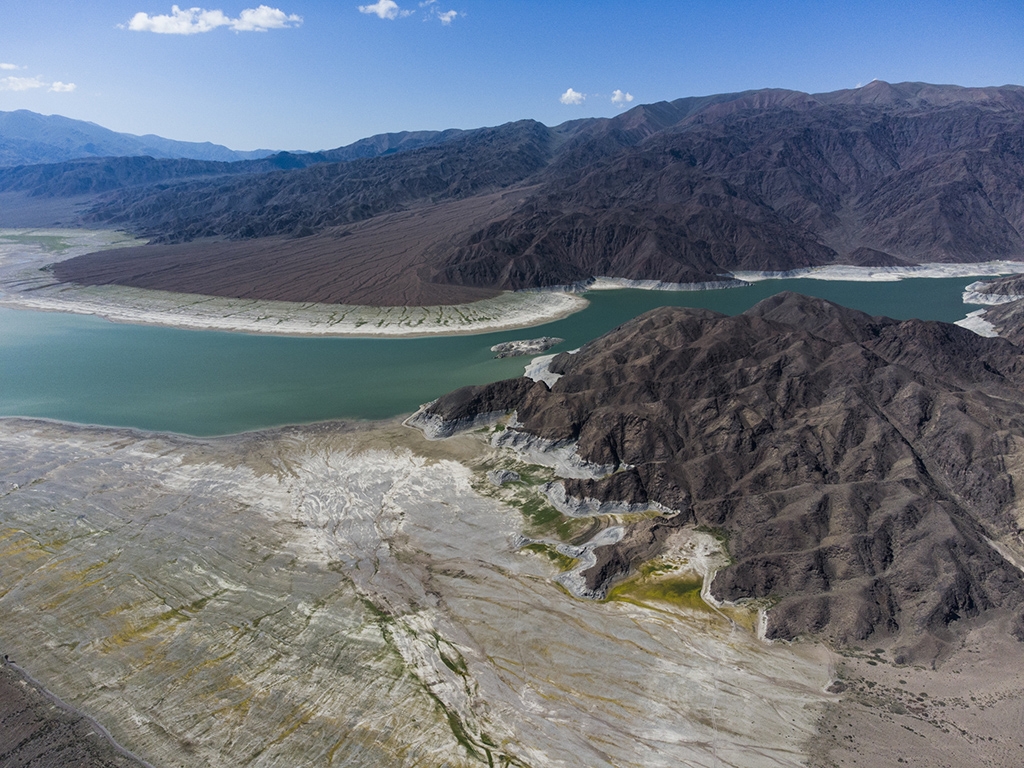 Kyrgyzstan's reservoirs are far lower than normal going into the winter. (Danil Usmanov)

The lights are going out across Kyrgyzstan.

In a desperate measure designed to mitigate a looming electricity crisis, the authorities have this week resorted to pressuring public-facing businesses into refraining from using illumination at night.

Shop windows will go dark, as will advertising hoardings. Routine inspections are being organized to ensure compliance. The blackout will affect streets too, plunging large sections of the capital, Bishkek, into obscurity.

“In order to provide the population with electricity during the fall-winter period, engineers are forced to introduce restrictions on the lighting of secondary streets, advertising, shop fronts, cafes and other non-domestic customers,” the National Energy Holding Company said in a statement on September 29.

Business owners are alarmed at the implications.

The owner of a small private cinema in Bishkek told Eurasianet on condition of anonymity that he expects his income to suffer because of the restrictions.

“If our sign is turned off, customers won’t know whether we are open or not. This will greatly affect turnover because we work until three in the morning,” he said.

As it is, power is sometimes cut off for hours at a time, the film-viewing hall owner said, forcing him to refund disgruntled customers.

That things have got this bad are down to water levels at the Toktogul reservoir in the south of the country. The almost half-century-old dam that forms that colossal pool of water doubles as the hydroelectric plant that produces around 40 percent of Kyrgyzstan’s power. By the end of September, the volume of water in Toktogul stood at 12.3 billion cubic meters, whereas the norm for this season should be 17 billion cubic meters.

Officials are attributing the collapse in reservoir levels to the periodic waxing and waning of glacier runoffs that they say occurs on a roughly decade-long cycle. The last time Kyrgyzstan faced a crisis of similar proportions was in 2008-09, when rolling brownouts meant many homes were not getting power for up to seven hours daily.

The government has pursued other solutions too.

Under a series of agreements with nearby nations like Kazakhstan, Turkmenistan and Uzbekistan, Kyrgyzstan expects to borrow 2.1 billion kilowatt hours of power this year. The arrangement sees those countries provide power when hydroelectric capacity is low and then for the trade to be reversed in summer months, when dam flows are stronger and the downstream countries need the water for irrigation.

Another mooted measure is to hike industrial electricity tariffs. Kyrgyzstan has some of the world’s cheapest power – the result of pathological nervousness around the political implications of ramping up prices.

If the price hike goes through this month, miners, of both precious metals and cryptocurrency, and other industrial concerns will be among those looking at higher bills. The proposal is to go from a current rate of 2.24 som ($0.026) per kilowatt-hour to an effective 5.04 som ($0.06) per kilowatt hour rate.

There is already grumbling.

Cement manufacturers are resentful that they have for the purposes of this tariff reform been equated to cryptocurrency miners.

“Cement factories, unlike crypto-miners, produce goods considered of strategic value in Kyrgyzstan,” companies in the sector said in a statement issued via the JIA business lobby. “The ultimate consumers of the output of our companies are the general population.”

The Energy and Industry Ministry replies that the 5.04 som tariff simply reflects cost of production, delivery and inflation.

Indeed, the energy producing sector has for years been operating at a loss and is itself inundated with debt. As of this year, the sector’s outstanding liabilities in the form of loans contracted from banks and foreign partners amounted to $1.6 billion.

“Increasing electricity tariffs is an objective requirement,” energy expert Myrzatai Sultanaliyev told Eurasianet. “Compared to other countries, our industrial tariffs are low. In Kyrgyzstan, industry consumes about 30 percent of the electricity, and the larger part – 70 percent – is used by households.”

But Sultanaliyev’s next thought is the real taboo.

“Increasing tariffs for businesses alone will not cover costs. It is necessary to raise [household tariffs],” he said.

Kyrgyz households pay the equivalent of around $0.009 per kilowatt-hour of electricity. If household consumption in a month exceeds 700 kilowatt-hours, however, that rate rises to $0.25.

President Sadyr Japarov had toyed with the notion of sharply hiking household rates, but he swiftly changed his mind. As a leader who came to power on the back of public unrest last year, he may have recalled how one of his predecessors, Kurmanbek Bakiyev, was toppled amid street violence in 2010 fueled in part by electricity pricing reforms.

With the parliamentary elections looming in November, the government may be particularly unwilling to test public moods, Sultanaliyev believes.

But there is no escaping discontent this winter. Only last month, Energy and Industry Minister Doskul Bekmurzayev was promising there would be enough electricity to go around. Now, blackouts are becoming more commonplace.

On September 29, Talaibek Baigaziyev, the head of National Energy Holding Company, suggested in an interview that people would be better off staying at home since street lighting might start going out by 10 p.m.

“In cafes and restaurants, they start turning on their lights from five p.m. Or take parks, why do they keep their lights on until the morning? Normal, reasonable people should go out for walks until 10 p.m. and then go home to rest,” Baigaziyev said.

This has generated a predictable swell of irritation and bitter irony. One Facebook user posted a black rectangle to his account with a caption describing it as a beautiful night view of Bishkek.

Sultanaliyev, the energy analyst, believes this is only the start. As neighboring countries now supplying Kyrgyzstan with power begin holding back to supply their own people, things could get worse.

“There will be scheduled outages, that is something we will definitely confront, despite ministers insisting we have enough [power],” he said. “And if the winter is cold, supplies will be interrupted. Uzbekistan and Kazakhstan will need their own power during the cold weather. Electricity will definitely be cut off, and the people need to get ready for this.”