There are strong indications security services are involved in smear exercises. 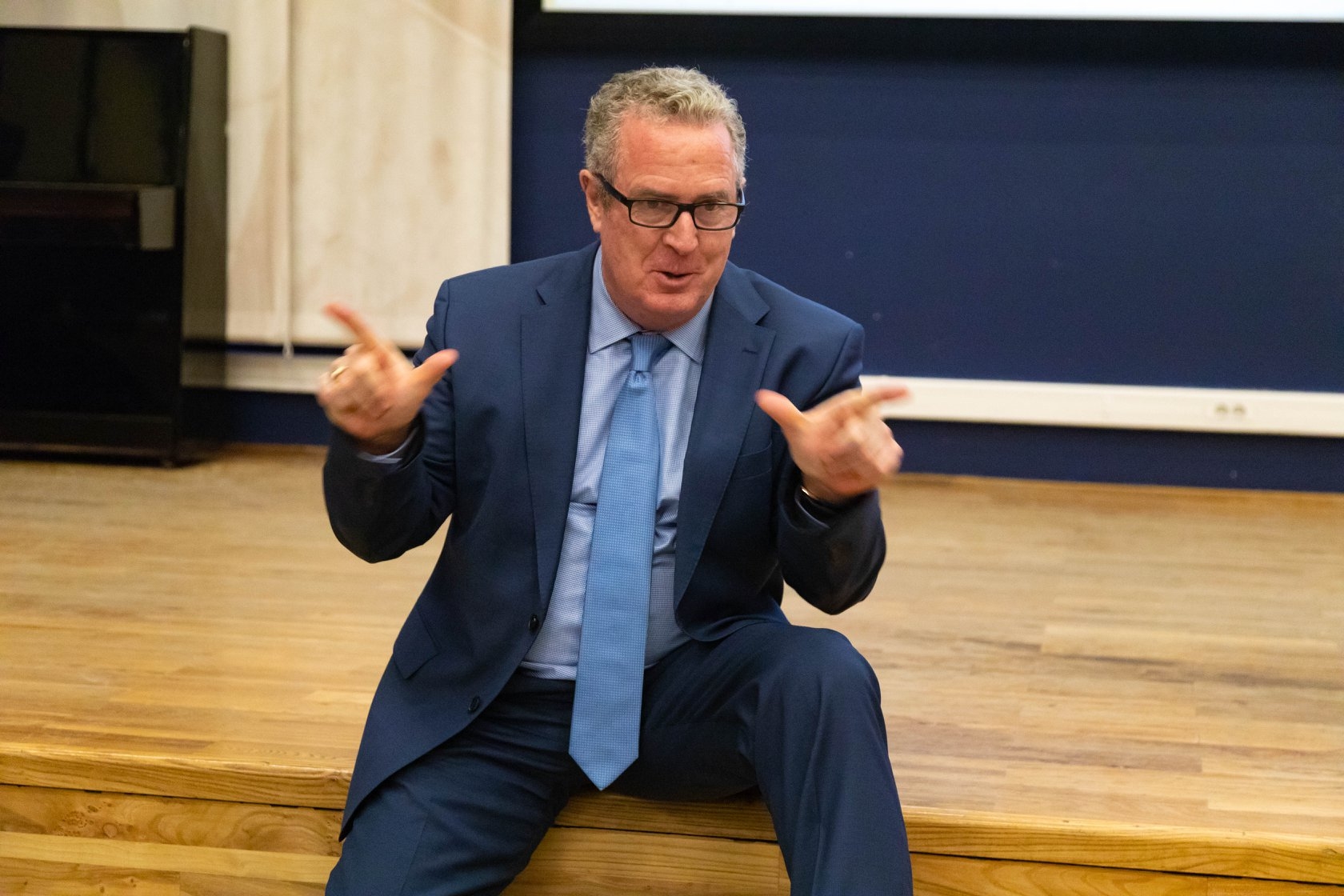 The state-sanctioned battle against progressive elements in Kyrgyzstan deepened over the weekend with the police summoning the American head of a Western-style university in Bishkek for questioning.

The Interior Ministry said Andrew Kuchins, the president of the American University of Central Asia, or AUCA, was quizzed on April 24 over what they described as the suspected importation of unauthorized narcotics.

The probe was opened earlier in the month after customs officials intercepted a parcel sent to Kuchins from Dubai, police said.

Representatives for AUCA have described the episode as a misunderstanding and expressed confidence that the matter would be resolved soon.

“The medicine involved is approved for use in the United States, was prescribed for his use by his doctor in the U.S. for a medical condition … and was sent to him by mail from one of the largest U.S. pharmacies in the ordinary course of its business,” the chair of AUCA’s board of trustees, David Lakhdir, said in a statement.

Police officials say that the package sent to Kuchins indicated that the contents were only printed matters, but that they discovered tablets and capsules when the parcel was opened.

Although the Interior Ministry is talking about this as a purely law enforcement matter, there are strong indications that the summons was not incidental but instead part of a broader pattern of a harassment of liberal-minded communities in Kyrgyzstan.

AUCA, which was opened in 1997, has long been in the crosshairs of militant conservative elements. The university adheres to Western-style standards of instruction, all of which is done in English, and promotes a climate of open discussion among students and lecturers. Perhaps for that reason, it has over the years emerged as a focal point for progressive thought and activism in Kyrgyzstan.

The onslaught has escalated sharply in the last few months.

The covertly filmed nature of the footage was indicative of the involvement of a well-resourced surveillance operation, most likely the security services.

A fresh batch of videos in a similar vein appeared online earlier this month.

One focused specifically on nongovernment organizations funded by Western donors, describing them as malign forces bent on “introducing Western ideology,” “causing divisions in society,” and “destroying the nation.” This video too featured covertly taken photography indicative of a surveillance operation.

“The U.S. Embassy in Kyrgyzstan, through the American University of Central Asia, is training future NGO representatives and LGBT activists,” a computer-generated voiceover commentary states. “Those who stand out in particular get the chance to improve their qualification at the best educational institutions in America.”

Another, arguably more ominous but now-since deleted, video identified a number of individuals it linked to LGBT activism, providing pictures and addresses for their places of work.

Kuchins has been targeted for smears too. A Facebook post on April 21 by a user called Samira Altynbekova alleged that the AUCA president had shouted at a pregnant staffer and caused her such anxiety that she needed hospitalization.

State television then picked up this story and accused women’s rights activists of covering up for Kuchins.

“Not a word from the feminists and rights activists who came out onto the street with posters in defense of women and directing accusations at the authorities,” a journalist with ELTR channel states in the report.

It is unclear that the incident described in the report actually took place and AUCA has declined to comment.

The allusion to rallies relates to the upswell of anger sparked by the kidnapping and murder of a young woman called Aizada Kanatbekova earlier this month. In the wake of that killing, women’s rights campaigners held a demonstration in central Bishkek demanding the resignation of the head of the Interior Ministry only to be confronted by an aggressive crowd of self-styled traditionalists. All this happened as police looked on.