Some wonder if this is a pre-election gambit. 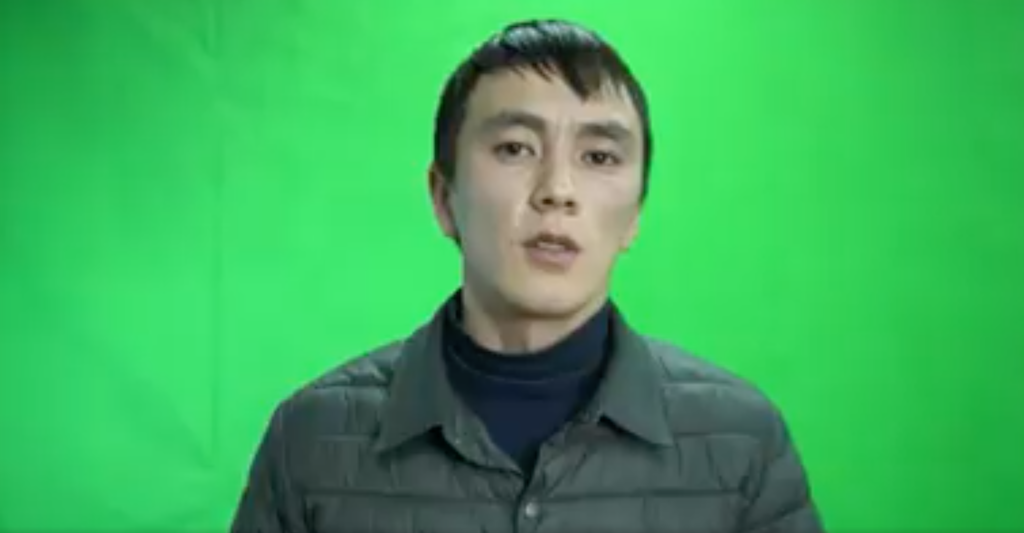 It is rare for people from the south of Kyrgyzstan to go public with criticism of shadowy powerbroker and native son Rayimbek Matraimov, but for two do so in quick succession is remarkable.

On February 15, a man called Tologon Rakhmanberdi uulu uploaded a video appeal, delivered as man-to-man address to the country’s president, in which he pleaded for protection from what he described as the relentless campaign of violence and threats he had received from Matraimov associates.

Rakhmanberdi uulu, a former policeman and mixed martial arts, or MMA, champion fighter, was last in the public eye in September. It was then that he reportedly ended up in the hospital with a gunshot wound to the leg as a result of a brawl with the head of the Osh city government sports committee, Kylych Sarkarbayev. Both men were known to be Matraimov acolytes.

In what seemed at the time like a face-saving tall tale, Rakhmanberdi uulu insisted that there had been no fight. He accidentally shot himself while examining a gun brought to him by an acquaintance, he said.

Rakhmanberdi uulu has now said that this story was pure fiction, and that he was pressured into concocting that account by Sarkarbayev, whom he described as Matraimov’s main lieutenant in Osh, Kyrgyzstan’s second city. Sarkarbayev reputedly enlisted another local tough named Nurbek Raimbekov to assist.

“Raimbekov and Sarkarbayev came to hospital and threatened me. They pointed a pistol at my head. I was afraid of them, so I didn’t file a police report. Three months after, while I was still walking on crutches, I was assaulted again. It was five or six guys under Nurbek Raimbekov. Life in Osh has become very hard,” Rakhmanberdi uulu said.

Rakhmanberdi uulu appears to have received some moral support from village elders in his native Alai region, an area of southern Kyrgyzstan that borders Tajikistan. Those elders likewise appealed to President Sooronbai Jeenbekov to intervene to stop the pressure from Matraimov and his family.

Matraimov has been the talk of Kyrgyzstan for the best part of the past three years. Although he and most of his immediate family have only ever filled relatively poorly paid government jobs, they have collectively managed to accumulate considerable riches and property.

Investigative journalists say they have documented beyond doubt that much of that wealth was generated by Matraimov’s involvement in corrupt schemes in the customs service. Political observers contend that Matraimov, who rose through the ranks of the customs service over 19 years before attaining a position as the body’s deputy head – a job he lost in 2017 amid much public clamor – has used his shadily acquired resources to wield behind-the-scenes influence.

Matraimov has adamantly denied such characterizations and all accusations of corruption. He has been supported in those denials by several top-ranking Kyrgyz politicians.

But it is notably some of Matraimov’s former allies that are tentatively turning against him.

On February 16, the brother of a former customs official borrowed a leaf from Rakhmanberdi uulu’s book and delivered his own plea for protection.

Emirbek Kimsanov alleged in the video appeal that his older sibling, the similarly named Emilbek Kimsanov, left the customs service and then fled the country after refusing to get involved in Matraimov’s corruption schemes.

“Rayim said that if my brother did not agree to work to him, he would have him killed or put in prison. Yesterday, bandits and police officers enlisted by the Matraimov family came to my brother’s home and assaulted his wife. We have all the evidence on film,” Kimsanov said.

That version of events is in conflict with another reported episode, however. In January 2019, local media had reported that Emilbek Kimsanov was suspected by police of being involved in the supposedly unprovoked assault of a senior customs official. It was that attack which is said to have led to his dismissal from the customs service.

Although Rakhmanberdi uulu and Kimsanov are now both appealing for protection from Matraimov, they are both known to have historically been his associates.

“Are we supposed to believe that [Rakhmanberdi uulu] did not know that this would all come to end? And that his new masters might ditch him at any time? This moment has come. And now he is appealing to the president. This is a man who turned in his police uniform for a life in the underworld – a man who assaulted, robbed, insulted and demanded. And now he is complaining to the president about the very same people from whose hands he was until recently being fed,” Isamova wrote in a Facebook post.

Sarkarbayev has denied being behind any intimidation campaign and described the scenario outlined by Rakhmanberdi uulu as “nonsense.”

Shirin Aitmatova, a former MP, anti-corruption activist and well-known Matraimov antagonist, wonders whether these public appeals may have been produced to influence the course of the upcoming parliamentary elections, which are due later this year.

Some contend that political forces aligned to President Jeenbekov stand to suffer politically from the perception that the authorities are doing nothing to investigate Matraimov and his family.

“The appeals appeared at the same time. And this was not on the wave of any general discontent, but at a point when the time has come to resolve the whole Matraimov question,” Aitmatova said.