The four smuggling tunnels found so far may only be a small part of the total. 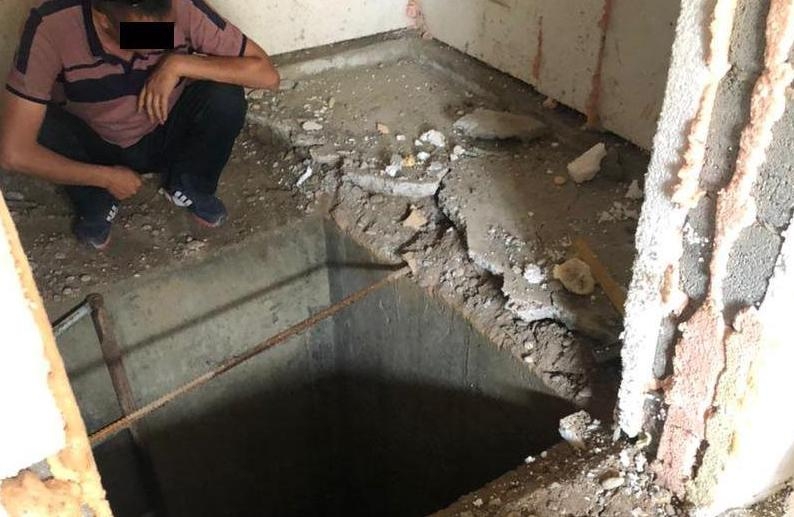 The most recent find was made on June 24 at the home of a villager in Kaytpas, in the southwestern Kyrgyz region of Batken, and lay only 60 meters from the border with Uzbekistan. The tunnel was 1.5 meters wide and tall enough for an adult to walk through while standing up straight.

“It is presumed that the tunnel was used to smuggle consumer goods, weapons, ammunition, illegal migrants, cash and drugs,” the State Committee for National Security, or GKNB, said in a statement.

The tunnels discovered in earlier weeks were all in the Kara-Suu district, several hundreds of kilometers away.

These were nothing if not ambitious works of infrastructure.

The one that the GKNB detected on May 20 in the village of Telman had been dug inside the home of a local resident who had been absent from his property while undergoing treatment at a psychiatric clinic. That was a relatively modest 40 meters from the border.

But the one that came to light two weeks later, in the town of Kara-Suu, was 155 meters in length and was excavated 17.5 meters below ground.

The other tunnel found in Kara-Suu town, on June 11, was the product of international cooperation, as the GKNB explained. The owners of two connecting houses on the border, who had been friends since 2014, reached an agreement on the project back in September.

“[Both men] carried out parallel excavations of a tunnel linking Kyrgyzstan and Uzbekistan [...] for the purpose of illegally transporting consumer goods and foreign currency from the Kyrgyz Republic to Uzbekistan,” the GKNB said.

Speaking to Eurasianet, Artur Medetbekov, a retired security services general, noted that the tunnels are mainly used to smuggle precious metals, like gold, drugs and hard currency. What has been found so far only scratches the surface, he said.

“It is impossible to completely eradicate smuggling at the border with Tajikistan, Uzbekistan and China. It isn’t just small tunnels that are being used. That is small fry,” he said. “Unless … there is tighter control with the use of new technologies, it [smuggling] will flourish. This is because there is a certain circle of people who stand to gain from this, from ordinary employees to senior officials.”

Although, as Medetbekov suggested, smuggling is going on at scale between Kyrgyzstan and all its neighbors, most attention has been paid by the government to the situation with Tajikistan. The two countries are locked in an increasingly hostile land dispute, which has led in effect to a de facto mutual trade embargo. But while official trade may have ground to halt, smuggling has not.

On June 17, President Sadyr Japarov introduced a series of tougher measures to combat smuggling. They include stiffer fines and a provision allowing for the confiscation of vehicles owned by smugglers.

One reason that this literal underground cross-border trade is able to flourish is that getting people and their wares from one country to another legally can still be a headache. Shuttle traders are limited in how much they can carry, and the low number of crossing posts complicates matters too.

At the same time, around 15 percent of the almost 1,400 kilometer-long Kyrgyz-Uzbek border remains un-demarcated. Even when the border has been agreed, there is often no fencing or other forms of marking to indicate where one country ends and the other begins.

Tunnels make all those problems go away.