Kyrgyzstan has received swathes of land while granting Uzbeks control over irrigation resources. 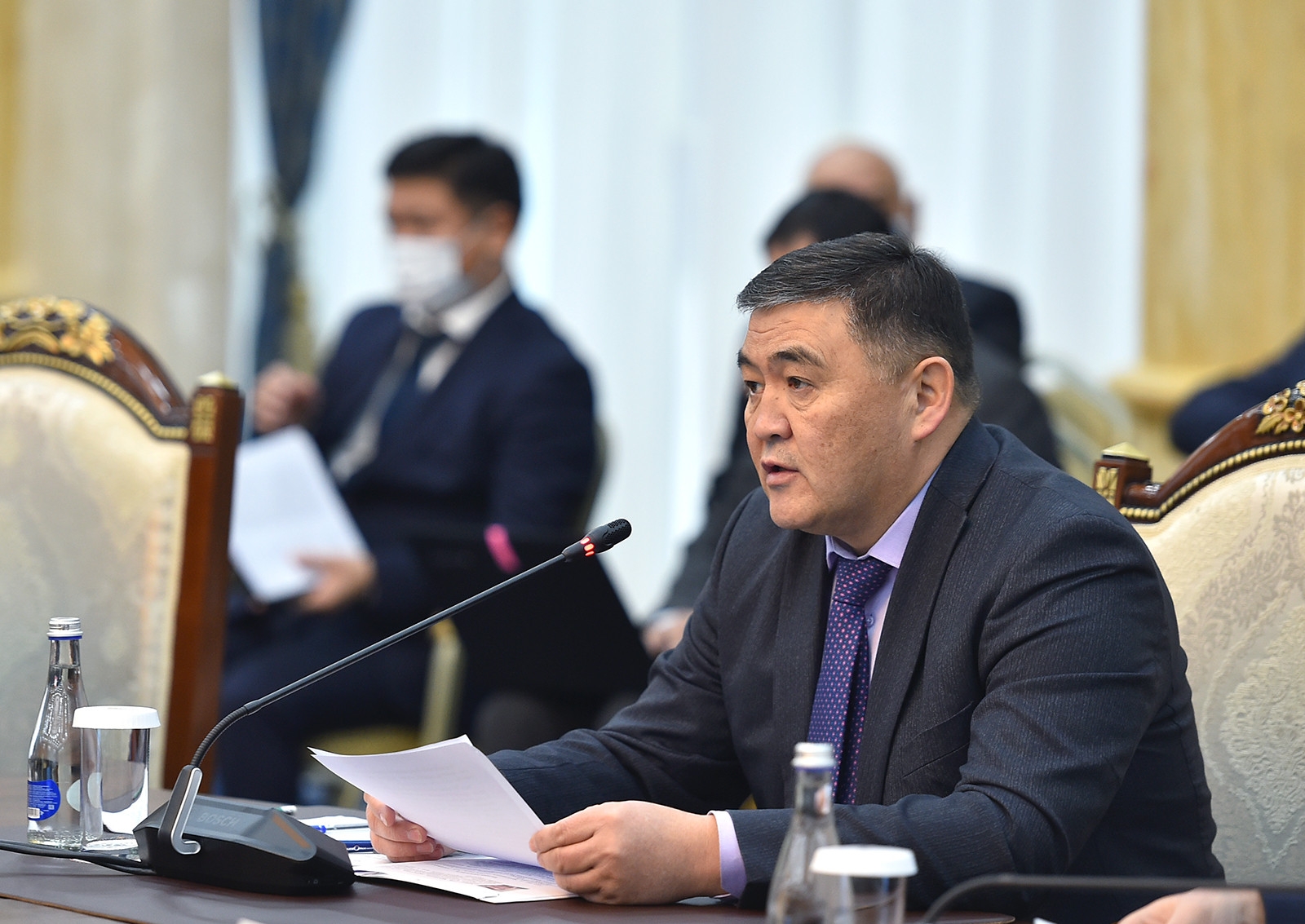 Kyrgyzstan and Uzbekistan have agreed on a treaty that should, its signatories hope, spell an end to the recurrent territorial disputes that have pitted border communities against one another.

Kamchybek Tashiyev, the head of the Kyrgyz security services, better known by its Russian initials GKNB, said on March 26 that this settlement will ensure a win-win outcome.

“We cannot say that one side won and the other lost. The deal was reached as a result of negotiations. Issues around the Kyrgyz-Uzbek border have been resolved 100 percent. We have tackled this difficult task. There is not a single patch of disputed territory left,” Tashiyev told reporters, summing up the results of his visit to Uzbekistan this week.

Tashiyev said the border settlement agreement was approved by the two nations’ prime ministers on March 25. The deal will have to be signed by the respective presidents for definitive approval, but that is likely a formality.

One passage involved the territory of Sokh, an Uzbek exclave that is home to 85,000 people but that is entirely surrounded by Kyrgyzstan. Under the agreement, the two nations have committed to open multiple checkpoints that will admit cars and minibuses.

For Uzbek citizens of Sokh, getting to and from the mainland has traditionally entailed complicated and time-consuming procedures. Frustration over the hardships caused by this isolation have at times bubbled over into anger at the central government and their plenipotentiaries.

Another strand of the agreement has involved numerous land swaps. In purely numerical terms, Kyrgyzstan appears to have had the better part of the deal.

The largest swath of land, which Tashiyev referred to as the Gavasai tract, lies between Kyrgyzstan’s Jalal-Abad region and Uzbekistan’s Namangan province.

“After two days of discussion, they gave us 8,000 hectares (80 square kilometers) of land, Tashiyev said. “That is several villages and land for cattle. As you know, there have often been clashes along the Gavasai River. Now this land goes entirely to Kyrgyzstan. There will be no more clashes.”

Uzbekistan in turn retains control over some important irrigation infrastructure. Joint development of water resources is subject to further negotiations.

The Orto-Tokoi reservoir – also known as the Kasan-Sai reservoir – is being recognized as Kyrgyz territory, but Uzbeks will be able to make free use of it. That arrangement in effect formalizes a long-standing arrangement over this body of water, which lies several kilometers inside Kyrgyzstan but is used to irrigate the fields of Uzbek farmers.

The breakthrough being trumpeted by Tashiyev is made particularly remarkable for the fact that his boss, President Sadyr Japarov, said while meeting with his Uzbek counterpart, Shavkat Mirziyoyev, earlier in March that it might take up to three months to resolve outstanding demarcation differences.

That any progress has made been made at all, however, appears to be the fruit of a change of regional policy pursued by Mirziyoyev. Where his late predecessor, Islam Karimov, who died in 2016, was often hostile to neighboring countries and saw little value in pursuing sustained dialogue on border issues, Mirziyoyev has taken a different tack.

In November 2016, only weeks after Karimov’s death, the two countries reached a preliminary agreement to resolve the status of the bulk of the disputed territories along their 1,400-kilometer frontier. At that time, 324 kilometers of the border remained in contention.

This lack of clarity has in practice led to ugly and often violent confrontations between neighboring communities making rival claims to land and resources without being able to back up their case with a document agreed upon by their governments.

The proof of Tashiyev’s claim to have ended these disputes once and for all will be confirmed by an extended period of tranquility.