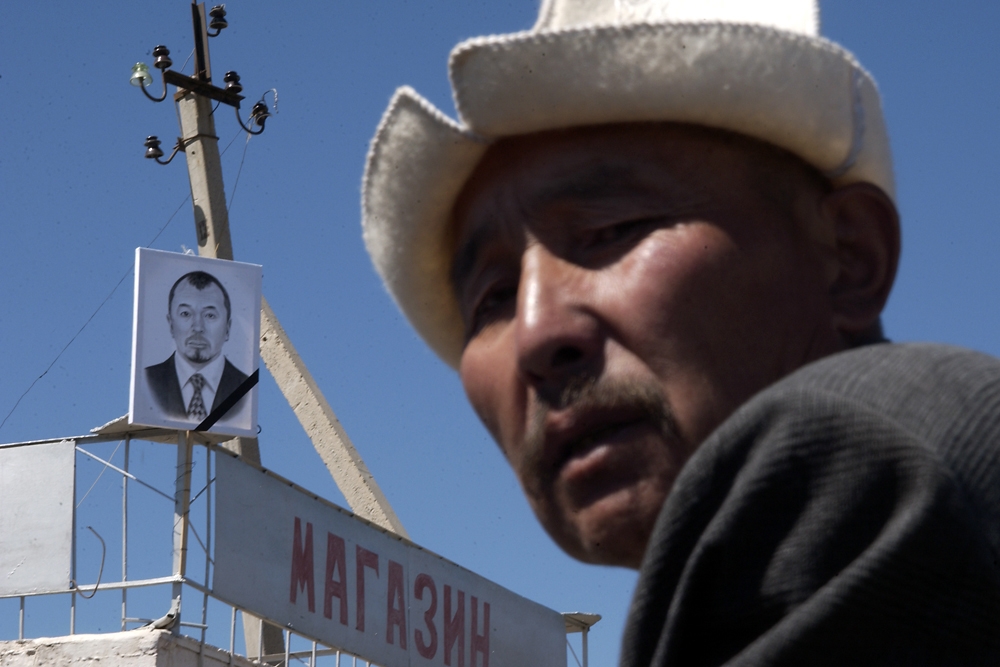 For those keeping score at home: the tally in Kyrgyzstan in the latest rule-of-law contest is now organized crime 1 - justice system 0.

And it looks like the bad guys are positioned to pad their lead. Photographed recently in his courtroom cell wearing a crisp white dress shirt, a black blazer and jeans, alleged Kyrgyz crime kingpin Kamchi Kolbayev did not have the look of a man facing a lengthy jail sentence for violent crimes and drug trafficking. His calm demeanor, according to a local criminologist, suggested confidence that the rule of law could be bent once again in his favor.

Kolbayev’s trial, which began in Bishkek on April 18, follows fast on the scandalous escape of another convicted mob boss, Aziz Batukayev, on April 9. Sentenced to 16 years in 2006 on racketeering and murder charges, Batukayev was released early after supposedly receiving a cancer diagnosis and quickly left for Chechnya. A parliamentary committee subsequently determined Batukayev’s medical issues were fabricated.

Reportedly fierce rivals in the Kyrgyz underworld, Batukayev and Kolbayev are now competing for column inches, as Kyrgyz media outlets hammer away on a familiar theme: the cozy relationship between state officials and organized criminal figures.

Kolbayev’s trial is far from his first brush with the law. Back in 2006, he was in prison serving a 25-year sentence, but somehow managed to gain his freedom not too long after former president Kurmanbek Bakiyev came to power. A year later, state prosecutors decided to close all criminal cases against him. Bakiyev’s administration collapsed amid violent riots in Bishkek in 2010, and the ex-president and his family members now are accused of engaging in widespread corrupt practices.

These days, Kolbayev seems to be getting another easy ride at his trial in Bishkek’s Pervomaisky district court, asserts one noted criminologist. “Witness after witness keeps changing their testimony,” Kairat Osmonaliev, a former advisor at the Interior Ministry, told EurasiaNet.org. “It is a classic Al Capone-type scenario. He is holding up very well.”

Confusion continues to surround both Kolbayev’s December return to the country – it is unclear whether he was extradited from Dubai, or returned of his own volition – and Batukayev’s sudden release. Although Osmonaliev argues that the influence of organized crime in politics has “noticeably weakened” since the fall of the Bakiyev family, he suspects that “informal agreements” with state officials are somehow connected to both developments.

Even if they cannot influence politics as they allegedly did during Bakiyev’s tenure in power, both Kolbayev and Batukayev have retained the ability to ignite political scandals. Allegations that Akhmatbek Keldibekov, an MP in the nationalist Ata-Jurt party, had met with Kolbayev several times after the 2010 uprising led Keldibekov to resign his post as speaker back in December 2011.

More recently, a parliamentary commission looking into Batukayev’s departure, whose findings were accepted almost unanimously on May 29, has called for several top officials close to President Almazbek Atambayev to be sacked. Chaired by MP Bolot Sher from the Ata-Meken party, the commission called Batukayev’s leukemia diagnosis false, and demanded the dismissal of a deputy prime minister and the state prison chief, among others. In what local news outlets portray as a quid pro quo, the state prosecutor, an Atambayev-ally, has moved to reopen an old criminal investigation against Sher.

As part of their investigation, MPs released to the press a photo of a bejeweled Batukayev lighting a cigarette in his prison cell next to a table covered with food and alcohol, as well as CCTV footage of him being ushered through the Bishkek airport to a waiting jet.

More than anything, the cases represent the continued “weakness of the rule of law” in Kyrgyzstan, says Aida Baydzhumanova of the non-profit Citizens Against Corruption. “What does Batukayev’s departure mean when there are prisoners who die of curable diseases in our jails? It speaks of the fact that not all citizens have equal access to justice,” she told EurasiaNet.org. It shows that “people who pose the greatest risk to society can earn themselves preferences.”

Local media have highlighted the informal security arrangements at the Kolbayev trial and lambasted the prosecutors for appearing to go about their job in a hesitant manner. Noting that Kolbayev’s courtroom cell was not guarded, Vechernii Bishkek’s Viktoria Kureneva wrote in a May 14 op-ed; “You get the impression that at the next hearing Kolbayev won’t be sitting in a cell at all, but next to the judge and the state prosecutors.”

In a country like Kyrgyzstan, where the central government’s authority is limited at best, authorities may be weighing punishment against the threat to stability that organized criminal groups can pose. Various commentators have pointed to the apparent role of criminal networks in the two uprisings the country has faced since 2005, as well as the ethnic bloodletting in the country’s southern provinces in June 2010.

But perhaps the most vivid demonstration of the potency of criminal networks in the post-Bakiyev era occurred in January 2012, when thousands of prisoners across the country stitched their mouths shut, ostensibly in a bid to secure better living conditions, following a fatal prison riot in Bishkek.

Back then, human rights ombudsman Tursunbek Akun attributed the unrest to “calls from Dubai,” where Kolbayev was reportedly based at the time. One of the few prison facilities where prisoners did not join the rebellion was the jail in Naryn Province where Batukayev was incarcerated, an indicator, some say, of a rivalry.

Depending on the outcome of Kolbayev’s trial, groups loyal to the two alleged bosses may “have it out,” suggests Osmonaliev, the criminologist. “Such struggles for influence usually end in someone getting shot,” he added.