The artist expects to face more harassment for her song. 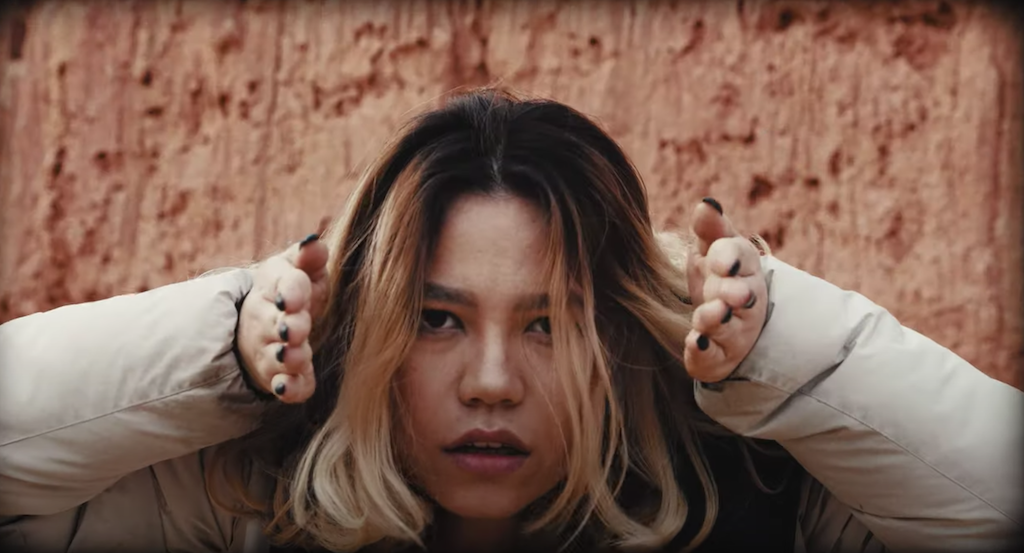 Zere Asylbek, a Kyrgyz singer who achieved fame with her 2018 feminist anthem Kyz (Girl), has returned to the theme of women’s rights with a new song called Apam Aitkan (Mom Said).

The song dwells on the daily dangers and harassment faced by women in Kyrgyzstan and is based on Asylbek’s own life experiences.

But then the song takes a turn.

“Stop, why is it they’re the ones harassing, but I’m the one that’s ashamed? Why do they get to live free, while I have to tread carefully?”

The title of the song alludes to advice that Asylbek says she used to receive from her mother: “Mom said not to stay on my own. Mom said: ‘Daughter, girls need to be more careful.’ … Mom said: ‘Don’t stay out too late.’”

In sections of the music video, Asylbek appears shrouded in orange material, an allusion to the currently ongoing, 16-day global “Orange the World” initiative to promote awareness of gender-based violence.

“In my life I have never met a woman or girl who has never faced harassment. If you are a girl, there is a more than 99 percent guarantee that this has either happened or will happen to you, especially in Kyrgyzstan. It starts almost from kindergarten and is somehow hushed up,” Asylbek told Eurasianet.

The singer’s activism has earned her the very kind of aggressive behavior that she is campaigning against. She expects her latest song to generate negative comments and threats like those that came on the heels of Kyz.

Apam Aitkan racked up about 11,000 views within a day of being uploaded – a healthy figure for Kyrgyzstan. Comments are by and large supportive and include testimonies from other women who endured similar humiliations to those described in the song.

Following her viral success in 2018, Asylbek released a five-song EP under the title Bashtalos (It Began) in which she concentrated on personal stories and moved away from her more overtly political hit.

But women’s rights remain a priority. Asylbek regularly attends women’s rights rallies in Bishkek and is vocal on social media about violations of those rights. Despite calls for action from advocacy groups, domestic violence receives limited attention from the authorities, particularly the police.

According to official figures, there were more than 8,000 reports of domestic violence perpetrated by men in 2019. That same year, the police registered at least 118 cases of ala-kachuu, the term for the highly contentious custom of kidnapping young women for marriage.

Even a public inured to such statistics is occasionally stunned by individual occurrences. In June, a video surfaced online showed a man, aged around 50, repeatedly barking orders at a woman, his wife, to turn and face him so that he could slap her. Car tires filled with bricks were tied around her neck. Again and again, the man disappeared off-screen to collect buckets of cold water that he emptied over his wife’s head.

Although such episodes provoke much indignant conversation, there is not much indication it leads to decisive policymaking or a change in policing of domestic violence.