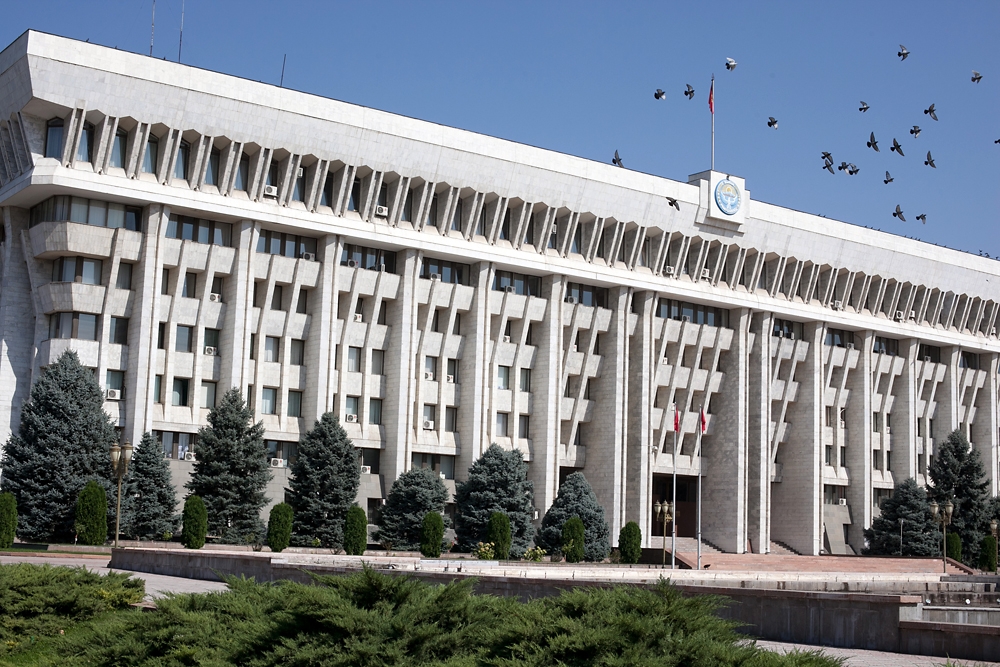 Vaguely worded anti-gay legislation in Kyrgyzstan could send a reporter to jail for discussing homosexual rights, force LGBT-rights activists underground, and encourage violence against the community, activists say. Some fear it amounts to re-criminalizing homosexuality.

The Kyrgyz bill – a harsher version of Russia’s 2013 “gay propaganda” law – passed on its first reading in Kyrgyzstan’s parliament, the Jogorku Kenesh, by a 79-7 vote on October 15. With such overwhelming support, activists expect the bill to sail through the remaining two readings and be signed by President Almazbek Atambayev, who has defined his administration by moving closer to Russia. (Atambayev’s spokesman said it is too early to comment on the president’s position.)

Under the draft legislation, anyone who creates “a positive attitude toward non-traditional sexual relations” would face up to a year in jail. The bill comes amid an upsurge in what one researcher calls “political homophobia” since the Kremlin made homosexuality central to its moral campaign against the West. Kyrgyz lawmakers frequently repeat talking points that could have come from Russian state television. For example, because of “massive propaganda, the number of gays and lesbians keeps growing in [Kyrgyzstan], thereby disrupting society's traditional concepts and beliefs,” one of the bill’s authors told Interfax on October 16.

“This bill criminalizes homosexuality. Basically you can’t even come out anymore. You can’t even hold hands,” said Dastan, a gay activist in Bishkek who asked his last name be withheld. “This bill gives the green light to attack us. Violence and discrimination and hate against the LGBT community will increase.”

Groups that operate safe houses and offer free legal counseling will be banned from advertising their services, and from legally defending themselves against the inevitable uptick in violence the bill encourages, according to Aizhan Kadralieva of Labrys, a leading LGBT rights organization in Bishkek.

Violence against members of the LGBT community is already a problem. In January, Human Rights Watch reported that Kyrgyz police routinely subject gay men to “physical, sexual, and psychological violence; arbitrary detention; and extortion under the threat of violence.” When queried, Interior Ministry officials refused to acknowledge a problem and then the country’s top cleric issued a fatwa against same-sex relations.

“If this discriminatory law passes, the bill's vague wording – allowing for a broad interpretation of what constitutes 'creating a positive attitude' – could open the door to further abuses by police and others against LGBT people,” Mihra Rittmann, Central Asia researcher for Human Rights Watch, told EurasiaNet.org.

The bill’s ambiguous wording could also undermine efforts to combat HIV and promote safe sex in general. “‘Non-traditional sexual relations’ could be interpreted as meaning any non-procreative sex outside of marriage,” said Cai Wilkinson, a lecturer at Australia's Deakin University who researches LGBT human rights in Kyrgyzstan. The law is expected to hurt the Global Fund and UNAIDS, both of which have celebrated successes fighting HIV in Kyrgyzstan.

“Just continuing to work with existing LGBT or MSM [men who have sex with men] people in private could be risky given that the ‘formation of a positive attitude’ is prohibited,” Wilkinson told EurasiaNet.org.

At the very least, in a country like Kyrgyzstan, where police officers are widely seen as corrupt and contemptible, the legislation’s ambiguity would seem to open a door for harassment and extortion from authorities, several activists told EurasiaNet.org.

One need not look far to see how official homophobia is shaping social life. On October 17, some 300 members of the nationalist youth group Kalys (“arbitrator”) prevented a concert at a Bishkek nightclub by the Ukrainian men’s dance troupe Kazaky, accusing Kazaky of promoting homosexuality, Kloop.kg reported. Kalys organizers said they were there to preserve "traditional family values." The concert was cancelled as police stood by.

Kyrgyzstan has never been “actively LGBT-friendly,” but until recently the country was “notable for the lack of active homophobia on the part of the state, which in conjunction with a strong civil society has allowed LGBT activism to develop,” said Wilkinson of Deakin University. But with Russian influence strong, and nationalist sentiments still high following inter-ethnic violence in 2010, “the notion of LGBT rights is an easy target.”

Earlier this year, Kalys held a protest outside the US Embassy; protesters conflated Western support for LGBT rights with support for democracy activists in Ukraine, and accused Washington of trying to foment a Ukraine-style uprising in Kyrgyzstan. Kalys has also backed a Russian-style law that would require groups receiving foreign funding to register as "foreign agents"—a colloquialism for spies. Kalys’s agenda so closely hews to the Kremlin’s that many local activists believe Moscow funds the group.

With Kyrgyzstan charting a course much closer to Russia’s since Atambayev came to power in 2011, it seems unlikely that Western diplomatic pressure can influence legislators to drop the anti-gay legislation. After the US Embassy expressed “deep concern” about the anti-gay bill on October 10, parliament issued a statement retorting that the bill does not violate human rights and that it is none of Washington’s business.

Kyrgyzstan’s embattled activists were further disappointed when some of their country’s most liberal-seeming lawmakers voted for the anti-gay bill. Other vocally pro-Western legislators skipped the vote, which activists say amounts to a “yes.”

Some of the apparent support may be a procedural problem inside the chaotic legislature. Asked why she voted for the anti-gay bill, Shirin Aitmatova said she was home taking care of a sick baby. "The person sitting next to me voted for me. Obviously I wouldn't have supported [it]," she said, adding that she had asked her vote be annulled. (Four days later, she is still listed on the official Jogorku Kenesh site as having voted in favor).

Such apathy and technical indiscretions underscore the challenge ahead for Kadralieva of Labrys, who says her group will mount a legal challenge if the law is adopted. “We are going to take this law to the Constitutional Court because the constitution says we have freedom of speech,” Kadralieva said. But she recognizes the odds are against them. “We are hoping for international support.”