Bishkek is pinning its industrial hopes on a small Chinese company with no past. The opaque arrangement reflects how Kyrgyzstan’s government does business. 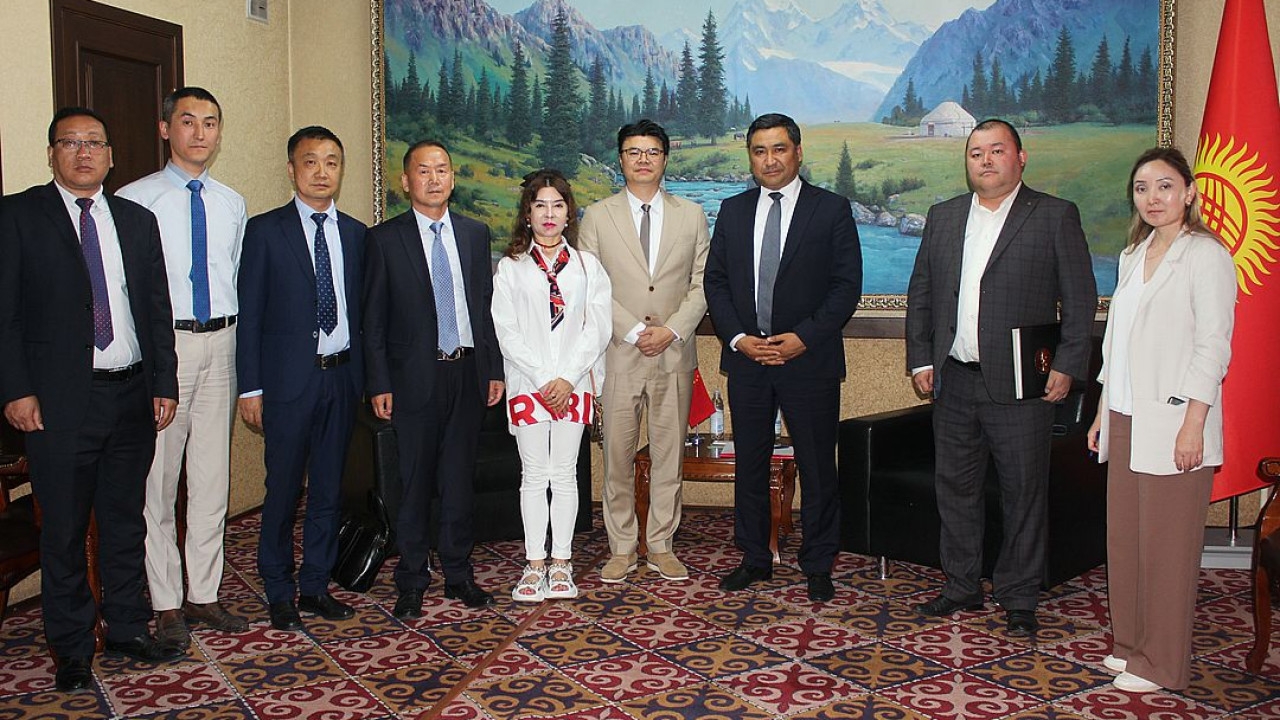 A newly created government body charged with reviving Kyrgyzstan’s industrial sector boasted last week that it had signed a preliminary deal with a Chinese company to set up a $200 million joint development fund.

There are lofty ambitions for this investment project dubbed the Kyrgyz-Chinese Fund.

One plan outlined in the memorandum of understanding is to build a plant churning out 10,000 electric cars per year. The MOU also discusses collaborating on renewable energy, e-commerce, artificial intelligence and military-purpose drones. The fund will eventually be worth $1 billion, the Kyrgyz state-run industry regeneration agency, Kyrgyzindustriya, said in a statement posted on Facebook on May 17.

And nobody involved appears overly concerned that neither party in the joint venture – both of them freshly minted entities – appears especially experienced in those or any other areas of industry.

Jierong Zhang, the chief executive of Guangdong Xinjin Energy Development, the company on the Chinese side of this arrangement, got the red-carpet treatment when he travelled to Bishkek this month. He met with Economy Minister Daniyar Amangeldiyev and discussed even more ideas than those shared by Kyrgyzindustriya. These included building eco-farms and hydroelectric plants, and manufacturing something called “smart buses.”

A company with such grand visions might be expected to be furnished with considerable capital and a portfolio of successful projects to its name.

Guangdong Xinjin Energy Development, however, was only incorporated in March in the city of Zhuhai, which abuts Macau, and has a relatively modest 100 million yuan ($15 million) to its name. It has no public online profile to speak, which is hardly surprising in view of how recently the company was established. An online Chinese business database describes Guangdong Xinjin Energy Development as having licenses to explore and mine metal and non-metallic mineral resources, but provides no further useful details.

The Kyrgyz Economy Ministry’s own potted description for Guangdong Xinjin Energy Development makes claims that even the company doesn’t make about itself, such as that its business interests extend to nuclear and wind power generation.

Neither the Kyrgyz government nor the Chinese Embassy were forthcoming in responding to Eurasianet queries about how this deal came about and why Guangdong Xinjin Energy Development in particular was picked as a partner by Kyrgyzindustriya.

“Just look up the company on the internet,” a spokesperson for Kyrgyzindustriya told Eurasianet. “That is your job after all.”

It would certainly be useful to Kyrgyzindustriya for Guangdong Xinjin Energy Development to be the real deal. The body, which operates under the auspices of the Economy Ministry, was set up in January and endowed with 1 billion som ($118 million) in start-up capital. It is billed as a joint-stock company, although the government is the only stockholder.

“Having a single shareholder in the person of the state provides citizens and investors the guarantee of successful development and reduces risks,” the government said in January when it unveiled Kyrgyzindustriya.

The idea behind Kyrgyzindustriya, the head of the government, Akylbek Japarov, said in September, was to revive old and idling enterprises and launch new ones too. The dream is that companies incubated by Kyrgyzindustriya will one day create hundreds, if not thousands, of specialized jobs.

So far, Kyrgyzindustriya president Zharasul Abduraimov has been busy meeting assorted businesspeople from countries like Pakistan, South Korea and China. Some of these encounters have looked less than overwhelming, although it is too early to make summary judgements.

A report about Kyrgyzindustriya aired on state television this week talked about how it was disbursing cash injections to notionally promising but debt-laden local enterprises. The report does not dwell on quite how these companies are selected. And one throwaway, oxymoronic phrase rattled off by the reporter is less than encouraging.

"Among the enterprises [receiving funds] are those bringing profit to the state budget, but that are not generating revenue for the state treasury,” she says.

Another potentially discomfiting detail is that Kyrgyzindustriya is being charged with managing investments with money from the State Property Management Fund. That body is run by Mirlan Bakirov, a politician best known to the activist community for his full-throated endorsement of Rayimbek Matraimov, who was last year convicted on corruption charges. Matraimov’s detractors allege that he defrauded the state of hundreds of millions of dollars while occupying a position as deputy head of the customs service.

Because Kyrgyzindustriya’s financial dealings are protected by commercial secrecy – an advantage of being a joint-stock company rather than a government-owned entity – there is every chance that opaque operating will be its default modus operandi. (The State Property Management Fund also enjoys commercial confidentiality for its operations under changes approved in 2021.)

Kyrgyzindustriya has already got its critics. Lawmaker Kamila Taliyeva complained in parliament this week that it and another freshly minted agency for the development of tourism were evidence of confused policymaking by the executive.

“This is some kind of incomprehensible economic policy you’ve got here. There is no figuring out a beginning or end to things. Every couple of days, you open some new company and money blows away like sand,” she said.