There is anecdotal evidence that although the app is voluntary, many people are being pressured into loading it on their phones. 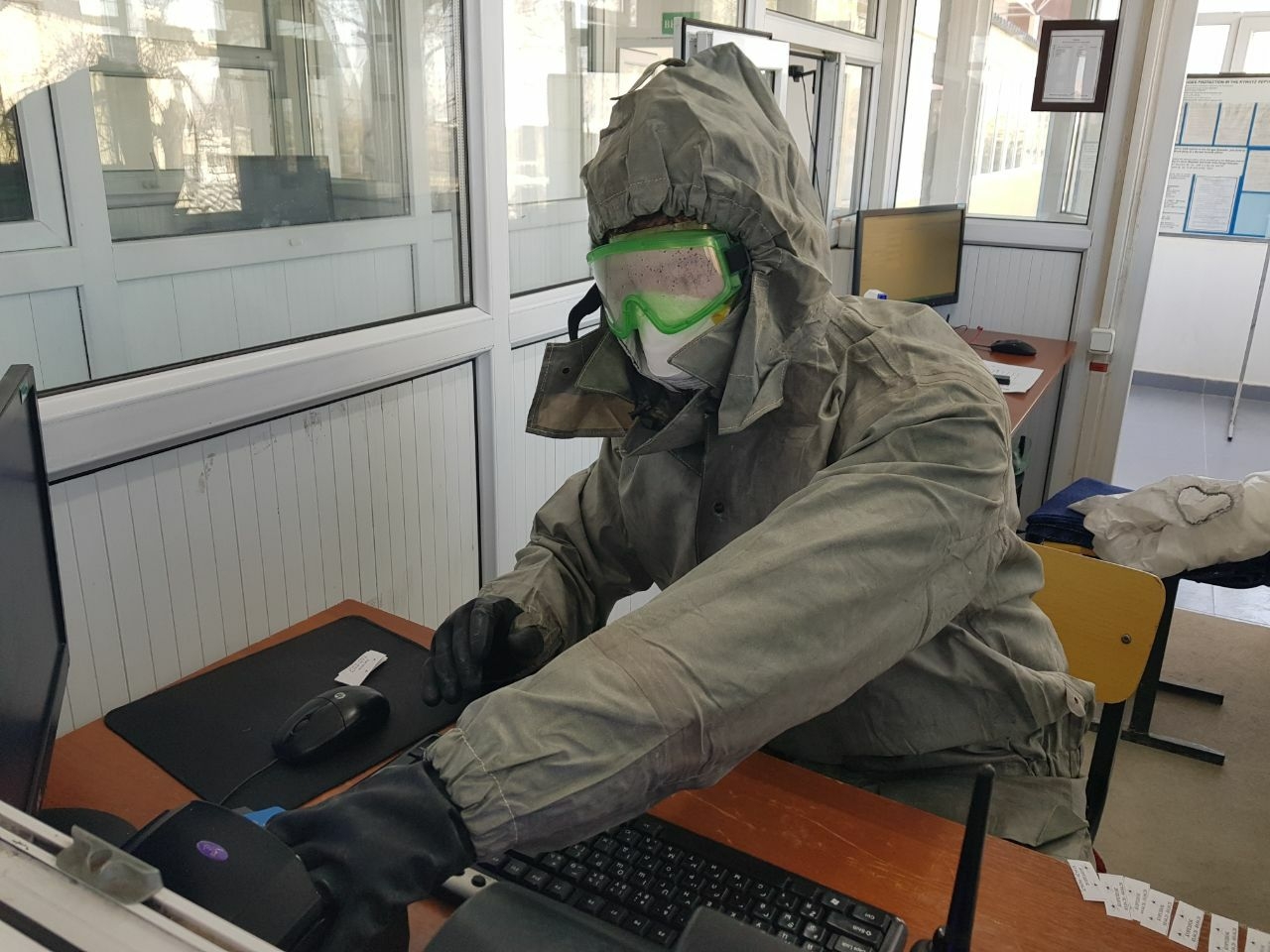 But who gets to see the data? (government handout)

A smartphone app developed by Kyrgyzstan’s government is helping in the rear-guard battle against the spread of coronavirus.

Rights activists are concerned, however, at how little care appears to have been devoted to protecting the private information of participants and who exactly will be using this technology.

Speaking at the government’s COVID-19 response coordination meeting on April 28, deputy Interior Minister Mirlan Kanimetov said that there are currently around 25,000 people under home quarantine. The number is too vast for law enforcement to keep tabs on, which is where technology has come into play.

The STOP COVID-19 app, launched in mid-April and developed by the State Committee for IT and Communications, tracks phone owners known or suspected to have COVID-19. Thanks to the technology, 151 people have been caught wandering out into the streets when they shouldn’t have been. A handful are facing fines up to more than $800.

The app is not just a tracking mechanism. It includes a feedback function for users to report on their state of health and even an SOS button in case of a serious deterioration in wellbeing. Officials have described it as a major labor-saving boon for doctors, who are able this way to do far more monitoring without meeting patients in person.

On Android phones, users install an app. On iPhones, meanwhile, the technology is a little less sophisticated and consists just of a bot in the Telegram messaging service.

The ability to quickly alert health officials about one’s worsening condition is touted as another selling point and may account for the seemingly strong take-up. There are multiple conditions of use, however. Users must check in every six or so hours, even submit photographs showing one’s location and ensure that the phone is turned on at all times.

There is anecdotal evidence that although the app is voluntary, many are being pressured into loading it on their phones.

This coronavirus tracker is, in reality, something of a dry run. It is a forerunner of more developed software that will, once completed, be handed to the Health Ministry, which will integrate it into the Sanarip Kyrgyzstan e-government agenda. Officials are eager to reassure people that confidential information is being protected.

“This resource and the information in it are confidential and are intended strictly for official use. Access to the monitoring system is limited to a circle of people in state bodies responsible for the prevention and elimination of emergency situations,” the government COVID-19 response HQ has said.

That insistence has proven quickly hollow, however. Video footage surfaced online in late April showing an unidentified person accessing the STOP COVID-19 dashboard and exposing the personal details of at least one user.

“This system has been working for two days now. Here we have those who have been in contact with sick people and those who should be in quarantine,” the anonymous creator of the video explains as he clicks on one profile to illustrate his point.

The man proceeds to read out the name, passport details, phone number and social security details of a random person.

Judging by the context of the video, it appears to have been made by somebody with authorized access, but the fact this footage got onto the internet alarms privacy advocates.

Officials say this breach is being investigated.

The Civil Initiative on Internet Policy, a nongovernmental organization based in Bishkek, has said the app constitutes a “gross violation of legislation in the field of personal data protection and cybersecurity.”

“Government bodies cannot simply ignore the right to privacy. They must ensure that any new measures provide reliable human rights guarantees. Wherever governments use technology as part of a strategy to defeat COVID-19, they must do so in a way that respects human rights,” the group said in a mid-April statement.

One area of concern is that it is unclear which government entities in particular will be able to monitor citizens and who will be responsible for storing that data. The government talks only in vague terms about “authorized individuals.” That has not placated the Civil Initiative on Internet Policy.

“It is not clear who is in control of this personal data, who is processing it, and to whom the data will ultimately be given for the purpose of enforcing ‘control’ over movements. Who are these mysterious ‘authorized individuals?’”

It is uncertain if such worries are premature, however, since the app seems something of a work in progress.

A truck driver from Bishkek, who spoke to Eurasianet on condition of anonymity, said that he was instructed to install the app by his doctor. He was deemed a potential individual-at-risk because his work requires him to travel abroad.

“The family doctor called me a month ago and told me to install the app for medical security,” he told Eurasianet. “When I installed it, I pressed ‘allow’ when it asked for access to the microphone, camera and photo gallery. I went nowhere, but when I would turn on the app, it would show me in Bishkek one moment and then somewhere else at another. The doctor told me that the program was playing up for everybody. So, I deleted it, and nobody has called me back.”