Kyrgyzstan’s journalists dare where authorities do not 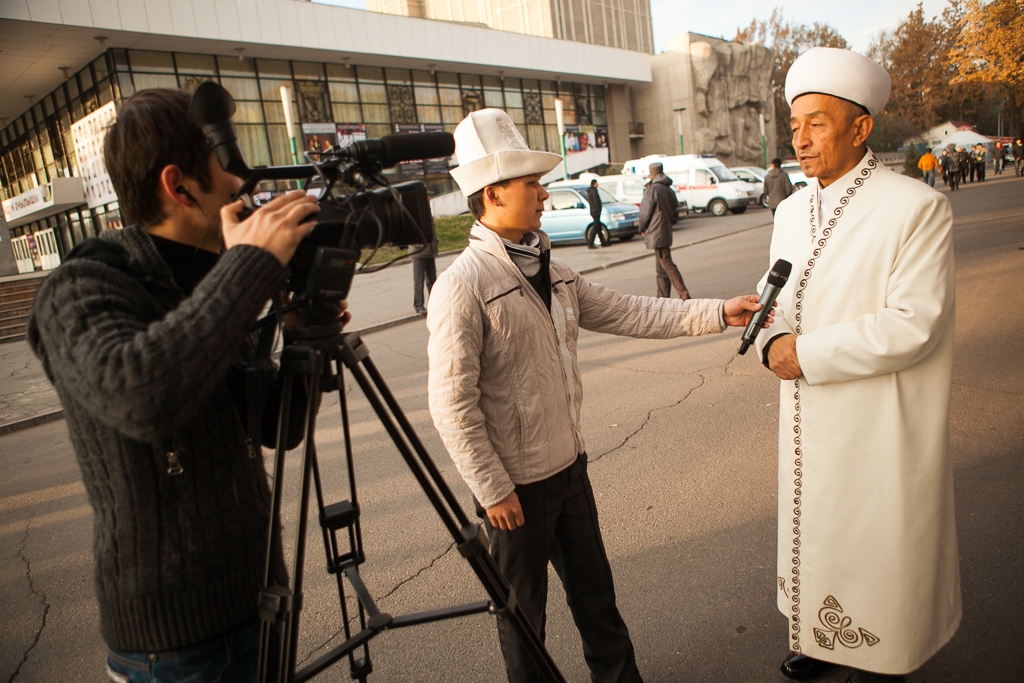 Journalists in Kyrgyzstan are breaking new ground. But their investigations often seem to achieve little change in a political culture where impunity and indifference prevails. (David Trilling)

Once a green oasis, it has been shrunken repeatedly at the hand of the state for private gain.

As part of a year-long investigation into the distribution of residential plots in what was once a protected green belt of land, journalist Metin Dzhumagulov, 24, paid multiple visits to homeowners there, usually posing as a prospective buyer.

As he sifted through technical documents and ownership histories, the journalist from Kloop, a feisty and youthful news website in Bishkek, soon understood that he was knocking on the door of powerful vested interests.

“To begin with I was nervous,” remembered Dzhumagulov of the investigation, which he co-authored with colleague Alexandra Li.

“After a few successful trips, I really took to it. The work in the field was preferable to the work sorting through papers at the office,” he said, speaking about the hundreds of land registry documents and court orders relating to the park that the pair sourced via requests to official bodies.

Investigative journalism is only just taking hold in Kyrgyzstan. Although media there enjoy relative levels of freedom as compared to neighboring countries, meticulous and in-depth reporting is poorly funded.

In doing the work they have done, Dzhumagulov and Li, whose reporting has been co-published by the Organized Crime and Corruption Reporting Project, have broken new ground.

Their research details how between 2000 to 2008 more than 150 prominent citizens – most notably current President Sooronbai Jeenbekov – received housing plots free of charge in protected land. The territory in question accounted for one-third of Ataturk Park.

Many of those plots doled out by the mayor’s office were subsequently sold on at a profit, the reporting shows.

In the days after the research went online, Kloop’s website was targeted by a DDoS attack. The website was rendered inaccessible for around 24 hours.

This week, a lawmaker who received one of the plots was widely pilloried for telling another journalist from the website to “get lost” when confronted in the halls of parliament for further clarifications.

Jeenbekov, who portrays himself as a champion of law and order, has been more cordial.

At a November 2 meeting with the press, the president promised Kloop chief editor Eldiyar Arykbayev that he would supply additional legal documents to prove he had not profited significantly from the plot he received. That land was transferred to Jeenbekov in 2003, when he was a deputy in parliament.

Jeenbekov said that after he joined the ranks of the opposition, the land was transferred to another person without his knowledge. When the new owner began building on the land, Jeenbekov received “symbolic compensation,” the president added, noting that he had not really needed the plot anyway.

Dzhumagulov said he hopes the stories brought to light by his reporting will be discussed in parliament.

If the disconnect between other corruption-themed media investigations and official action on the ground is anything to go by, however, that seems unlikely.

The wealthy family of Rayimbek Matraimov, a former top-ranking customs official and a reputed ally of Jeenbekov, has been the subject of multiple media probes.

And yet, a government investigation into his wealth that was initiated one year ago has crawled along without major developments.

Confronted with more questions on Matraimov at the press conference, Jeenbekov assured journalists the inquiry was moving forward and implored them to “give facts.”

In the meantime, “authorities say nothing about the fact that [Matraimov’s] relatives occupy top posts in state bodies,” said Dinara Oshurahonova, a veteran of the local activist scene.

While the state’s corruption battle continues to focus on punishing political opponents, those engaged in digging are offered few protections.

In late September, Aibek Kulchumanov, a journalist from RFE/RL’s Kyrgyz service, reported being assaulted after flying a drone over the house of Matraimov’s brother, Ruslan, in the city of Osh as part of an ongoing investigative project.

The men who confiscated his camera and other equipment have not been apprehended.

It is Kulchumanov that may face criminal charges after a gardener working for Matraimov complained that the reporter’s drone had fallen on his head and injured him.

“Journalists engaged in real investigations are at risk of any type of attack. And the state will not defend them,” said Oshurahonova.

While there is more open data in Kyrgyzstan than a decade ago, thanks partly to a donor-backed digitization drive, there is still a wealth of state-held information that is offline, said Bolot Temirov, who runs the local affiliate of Factcheck, a grant-funded fact-checking service.

“If we look at investigative research in Russia and Ukraine it is well ahead of ours, partly because of there is more information available,” Temirov told Eurasianet.

Then there is the question of how much media investigations can achieve in a political culture where impunity and indifference prevails.

An earlier investigation by Kloop found that Jeenbekov’s successful 2017 electoral campaign had benefited from direct access to detailed voter data hosted on a state server. But the revelation generated little outcry or subsequent media coverage.

The State Registry Service, whose server was under scrutiny in the investigation, even announced legal proceedings against Kloop. These fizzled quickly, along with public interest.

“In this case, there were no organizations willing to take the information forward and press claims against authorities,” Arykbayev told Eurasianet.

“This kind of support is necessary if media investigations are to lead to concrete changes.”