Idris Kadyrkulov’s resignation came amid implications he had lobbied for a company that lost a bid to print Kyrgyzstan’s passports. 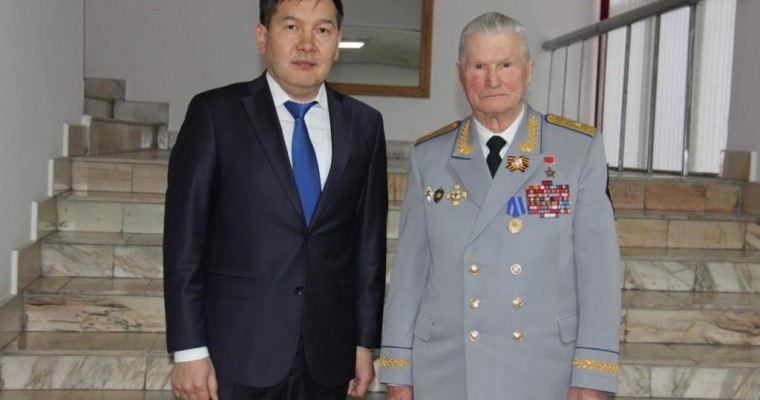 The head of Kyrgyzstan’s powerful national security committee has become the latest victim in a dodgy tender dispute that has outraged civil society and cast doubt over the national digitization agenda.

Idris Kadyrkulov’s resignation on May 15 came shortly after a former official suggested he had been helping a foreign company wishing to supply equipment to print Kyrgyzstan’s passports.

The optics aren’t good for Kadyrkulov because his committee – more commonly known in Kyrgyzstan by its Russian acronym, GKNB – has spearheaded a dramatic criminal investigation accusing three former officials of offering a similar service.

The GKNB was forced into a rare confession May 14 when it admitted Kadyrkulov had met last December with representatives of a Swiss firm called KBA‑NotaSys to discuss printing a new generation of digital passports. Kadyrkulov, according to the statement, was merely acting as an intermediary between the firm and officials from the State Registry Service (GRS).

According to both the GKNB and former GRS head Alina Shaikova, the GRS officials subsequently walked away from the meeting, arguing that the Swiss company had nothing to offer Kyrgyzstan.

Shaikova, who was fired in April, implied this week that the snub prompted Kadyrkulov to open a criminal investigation into her former colleagues.

The GKNB has said there was nothing untoward about the meeting and accused Shaikova of tarnishing the committee in order to “escape responsibility.”

The tender was eventually won by a Lithuanian company in a flawed bidding process.

The tender was annulled amid the criminal investigation, prompting Garsų Pasaulis to file for arbitration. According to RFE/RL’s Kyrgyz service, the firm is seeking upwards of 60 million euros, including reputational damages.

Nevertheless, Bishkek’s political influencers have taken to social media to support the trio of officials arrested by the GKNB.

Like Shaikova, who is not believed to be under investigation despite her dismissal, these technocrats are viewed as having driven many of the e-government reforms that took root in the years after political unrest in 2010.

Digitizing government can be lucrative, so it is hardly surprising that control over the contracts is toughly contested.

Kadyrkulov had called Garsų Pasaulis “not a good company” during a speech in parliament last month.

But he had no problem being a bridge for KBA‑NotaSys, which has been involved in corruption scandals in a number of countries including Kazakhstan. In 2017 Swiss authorities assessed the company a $35 million fine for failing to comply with Swiss anti-corruption law in its foreign contracts.

Whether Kadyrkulov’s dismissal could trigger the end of criminal investigations into the trio, or even sanctions against Kadyrkulov himself, remains to be seen.

Former GKNB heads are a well-protected fraternity in Kyrgyzstan and the battle between the country’s security state and its technocrat caste is not new. But at minimum, the scandal is a reminder that when public opinion is strong enough, even a secretive and powerful organ like the GKNB must watch how far it reaches.