Green Card lottery winners were making final preparations for departure to the U.S. Then the Trump administration announced a new travel ban. 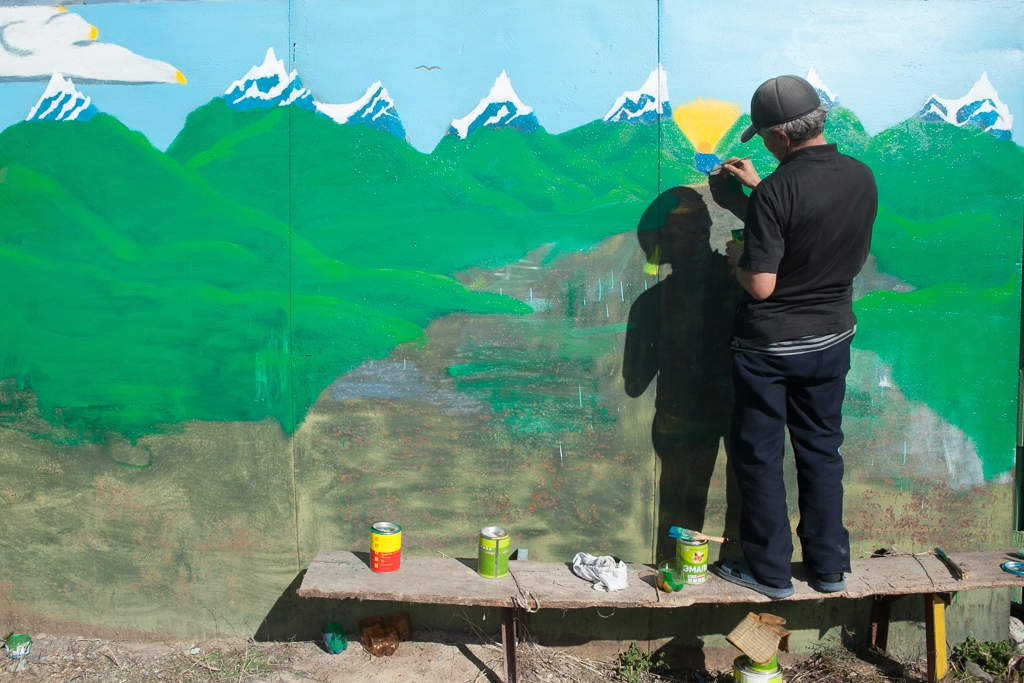 Yekaterina Alfyorova remembers the exact date. It was May 7 when the results of the U.S. government’s Green Card visa lottery were due to be made public.

But on that fateful day, the website kept crashing. It took another 48 hours before she learned the good news. The timing felt symbolic. May 9 was the day that her country, Kyrgyzstan, like many other former Soviet republics, celebrates the end of their involvement in World War II.

“On Victory Day we had our own little victory,” Alfyorova, 38, a mother of two, told Eurasianet.

Alfyorova immediately shared the news with a friend who had moved to the United States – also after winning the Green Card lottery – and settled in New York’s Brighton Beach neighborhood one-and-a-half years earlier.

“She and her husband began buying furniture for our arrival,” Alfyorova said.

Everything seemed on track, until disaster struck. At the end of January, the Trump administration announced that it had included Kyrgyzstan in a list of six nations – which also included Eritrea, Myanmar, Nigeria, Sudan and Tanzania – whose citizens would be barred from receiving migrant visas to the United States. The Department of Homeland Security argued that the decision was due to security concerns.

The ban is to take effect from February 22. The Alfyorovs had a visa interview scheduled at the U.S. Embassy in Bishkek on March 30.

“Even though the Green Card specifically states that you should not start selling your stuff [before getting a visa], we know perfectly well that this is just not something that you can do in the last five minutes before you leave. We sold our car a few days ago. And we put our apartment on the market through a realtor,” Alfyorova said.

Preparations had already reached quite an advanced stage. The friends in Brighton Beach found Alfyorova’s husband, Maksim, a job at an auto repair shop. Maksim had planned to close up his own shop in Bishkek and told the owner of the premises that he could start looking for a new tenant.

“When you know you have one foot out of the door, you do not start doing anything new,” Alfyorova said. “It got to the point that when my daughter would plead with me to buy her something, I would just say: ‘Come on, we don’t need that, we’re leaving anyway. How are we going to take that with us?’”

This whole doomed adventure has had a financial cost too. Winning the Green Card lottery is the easy part. Getting the extensive paperwork in order has cost the family $500 to date. And then there is the $1,300 or so in consular fees. And yet, the chances of getting that migrant visa have now become vanishingly small.

The U.S. Embassy in Bishkek acknowledges that it is the winners of visa lotteries that will be affected first and foremost by the ban. As long as the restrictions are in place, families like the Alfyorovs will have little chance of making it to the U.S.

In their statement on the visa restrictions, the U.S. Embassy stated that they had been imposed after an extensive review had identified “countries with deficiencies in the security of their travel documents.”

“These deficiencies include the lack of an electronic biometric passport, failure to report lost and stolen passports, and inadequate information sharing on suspected terrorists,” the statement said.

When talk of a new wave of visa restrictions was floated in the media in late January, another former Soviet nation – Belarus – was included in the list. But authorities in Minsk managed, after what appears to have been some 11th-hour bargaining, to get an exemption.

Caught off-guard, officials in Kyrgyzstan do not appear to have been able to pull off the same trick. An unnamed Foreign Ministry representative told the BBC that they only learned about the planned ban from an article published on January 21 by news website Politico. Within 10 days, the Trump administration had pulled the trigger.

All that was left for Kyrgyzstan to do was to complain.

“Out of the 80 countries in which biometric passports have still not been introduced, these restrictions have been applied to only a few in a very selective manner. This makes no sense in the context of a partnership between parliamentary democracies, which is what has been successfully developing in Kyrgyzstan,” the Foreign Ministry said in its response to the restrictions.

The ministry also argued that Kyrgyzstan has made – and continues to make – important contributions to the fight against international terrorism.

But Alfyorova is frustrated that beyond issuing annoyed statements, the Kyrgyz government is paying no heed to her direct appeals and doing little to remedy the situation.

“They will not even offer a pledge to hold talks and maybe fine-tune our policies on terrorism and introduce biometric passports,” she said.

The restrictions arrived just as the number of Kyrgyz nationals winning the right to settle in the United States had begun to rise. In 2018, 753 people won the Green Card lottery. In earlier years, that number had varied from 200 to 500.

Another casualty of the visa restriction is 26-year-old Hakim Mashanlo. He was successful on his first attempt at applying for a Green Card, but now has been thwarted.

When Mashanlo graduated from university he got a job at the Interior Ministry, but he was dismayed by the $140 monthly salary. That was the least of his troubles though.

“My mother died in 2016. Our family did everything they could to save her, but it was no help. I sunk into depression for a whole year. I thought my life had come to an end. And then I came to understand that things could not continue like that forever. Applying for a Green Card was one of the things that I did to try and turn my life around,” he said.

To redeem this opportunity, Mashanlo will need to get a visa by October. But Washington says that it only expects to reevaluate which countries will remain on, or be removed from, the blacklist every six months.

“When a person gets a Green Card, their whole way of thinking changes,” Mashanlo said. “They start to think of themselves as already living there. I had plans that I would first get a job driving a truck and find out what that was like. And after that, I would open my own haulage company.”

Mashanlo is still scheduled for a visa application interview at the embassy, in May. His prospects do not look good, however.

“This was my childhood dream. But I was always realistic. You cannot go to America just like that,” he said. “And yet I was so close. I won the Green Card. It turns out that I am a lucky loser.”