After seizing the country’s most profitable mine, Kyrgyzstan is using new regulations to drive out more private mining companies and place the bulk of the industry into the hands of a single state firm. 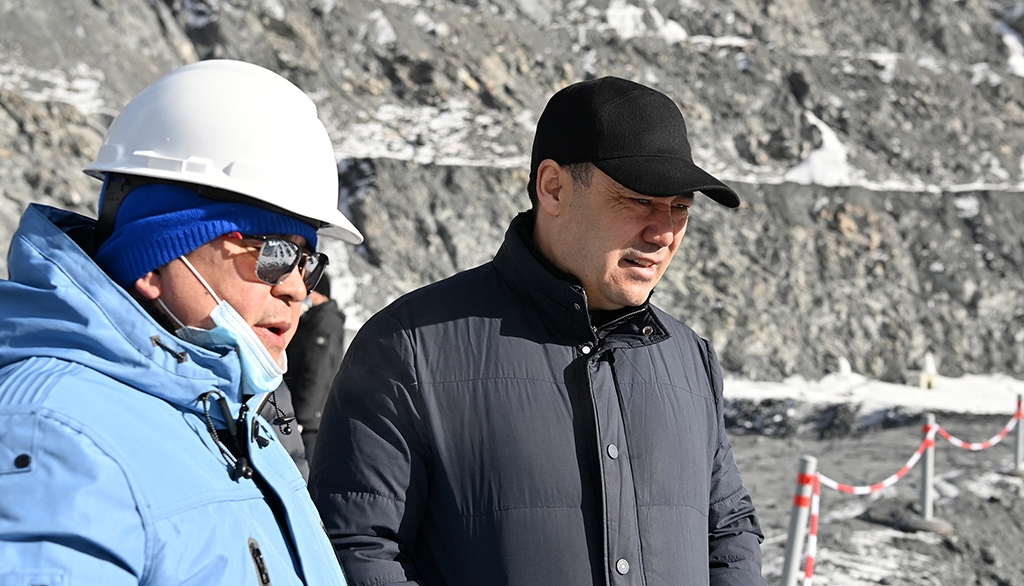 In the government of Kyrgyzstan’s relations with the mining industry, appetite comes with eating.

In May 2021, the authorities moved to finally put an end to a decades-long saga of legal tussling with Canada-based investors by simply seizing the Kumtor gold mine that they were developing.

Officials said at the time that the takeover would only be temporary; that Kumtor, which has at times in its history accounted for more than one-tenth of the country’s economy, was being placed under a temporary period of state stewardship. But the following April, the government announced it had reached a settlement to take permanent control over Kumtor Gold Company.

Industry observers worry that Kyrgyz authorities are itching to drive out yet more private mining companies so that they can place the bulk of the industry into the hands of a single state-run enterprise.

A lot is at stake.

As Askar Sydykov, the head of the International Business Council, or IBC, a Bishkek-based lobbying group, told Eurasianet, the mining sector accounts for 20 percent of government revenues and provides employment to more than 20,000 people.

People like Sydykov worry this could all be threatened by the government’s intrusive and regulatory approach, which reached its apogee last year.

In August, the government adopted a decree enabling state-controlled companies to obtain subsoil-use licenses without needing to take part in public tenders. Legislation typically requires that any company aspiring to develop natural resources, such as a gold or silver mine, need to compete for the privilege.

One month later, private investors were dealt another blow when the government introduced more onerous mining license renewal fees. State companies, meanwhile, would be exempt from such fees under the new rules.

And then, in October, the authorities mandated a tenfold increase in fees for the use of water drawn from rivers and lakes by mining companies. State companies, sure enough, are exempt from fees for doing the same thing.

In laying out the logic behind all this to the country’s security leadership in November, President Sadyr Japarov made it clear that the new rules were intended to expel what he considers to be shady operators from the industry.

"We conducted an audit of all previously issued licenses. Strong elements of corruption were found. There are cases when the same people bought 20 or 30 licenses within a five- to 10-year period,” he said. “And what do they do with [those licenses]? They sit on them while discreetly looking for potential buyers to whom they can resell those licenses for 1 or 5 million som ($12,500-$63,000).”

The regulatory fever, which mining insiders complained happened without them being consulted, had the requisite result.

As of mid-July, around 100 companies or individuals have relinquished their claim to a mining license, citing high renewal fees. Last year, the IBC estimated that anywhere up to 90 percent of license-holders might go down the same path.

The end-game started to look a little more clear when the head of the Cabinet, Akylbek Japarov (no relation to the president), in December approved the creation of a new, fully state-owned mining holding company called Heritage of the Great Nomads. As described in an official press release, Great Nomads is intended to serve as a “large integrated structure that can optimize the deployment of state resources in the implementation of subsoil projects.”

Kumtor was placed under the tutelage of the holding company, as were dozens of other sites. Great Nomads was also given control over several hydropower generation facilities and holiday resorts in the Issyk-Kul region.

In February, Tengiz Bolturuk, the man who had been put in charge of Kumtor when it was wrested from the control of Toronto-listed Centerra Gold, was appointed chief executive of this new behemoth.

Bolturuk has not endeared himself to Kyrgyz mining insiders or lawmakers.

President Japarov’s trust in him has ensured him a smooth ascent right to the top, however.

Like the president, Bolturuk was born in the Issyk-Kul region. He obtained a mining degree at the Moscow Steel and Alloy Institute in 1987 and returned to Kyrgyzstan after working for a brief period as a mining engineer in Russia. His story is that he was involved in early operations at the Kumtor mine in the mid-1990s. By the end of that decade, he had moved to Germany to continue his studies. In 2002, he emigrated to Canada and eventually obtained Canadian citizenship, which he continues to hold along with Kyrgyz citizenship – a fact that has inspired much disdain among lawmakers. Again according to Bolturuk’s own personal history, he has racked up experience working on 18 separate mining projects in 13 countries.

The call to return home came from President Japarov himself. Newly sprung from prison, where he was serving a sentence on abduction charges, Japarov in late 2020 turned to Bolturuk to implement a root-and-branch revamp of the mining industry.

Bolturuk’s high-handed manner has grated, however. While in charge of Kumtor, he angered members of parliament by declining to brief them on progress in negotiations with Centerra or on how revenues from Kumtor were being spent.

There was more exasperation in June when it emerged that Great Nomads had installed itself in a central Bishkek office costing $50,000 a month. Lawmakers complained this was too high a price.

Jenishbek Toktorbayev, one of the liveliest critics of Great Nomads in parliament, accused Bolturuk of trying to fashion himself into a latter-day khan.

“My dear Tengiz Bolturuk, everyone is equal before the law. Come to your senses while you still have the time. Who gave you the right to waste people's money like this?” Toktorbayev said in parliament.

The complaints appeared to have an effect. On June 21, the president’s spokesman, Erbol Sultanbayev, said the office relocation had not been approved by the country’s leadership and that Bolturuk had been reprimanded.

In another attempt to mollify Bolturuk’s critics, the government said it had launched an investigation into how Great Nomads was managing revenues from Kumtor.

Important people have Bolturuk's back, though. Speaking to lawmakers, the head of the security services, Kamchybek Tashiyev, dismissed criticism of the mining chief as unfounded. As long as Bolturuk's powerful supporters are around, the nationalization agenda will likely remain in place.

For Sydykov, the head of the IBC lobbying group, the drift toward state control portends little good.

“We and the government need to settle on which road to take. Should we follow the market economy with minimal state interference in the economy, as they do in developed countries?” he said. “Or should we go with a command economy, a planned system, which has proven to be unsustainable in practice. We are seeing that the [Kyrgyz] authorities are settling on the second path, not only in the mining sector, but also in other areas.”