Authorities may get powers to shut websites they deem to contain false information. 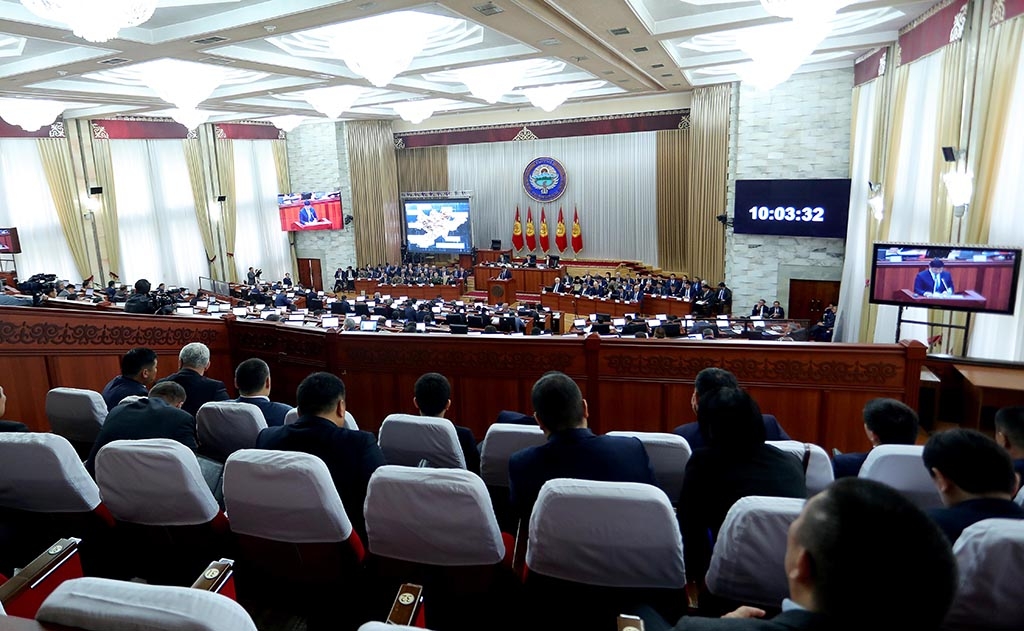 Parliament in Kyrgyzstan is considering a bill that would give authorities the power to shut down or restrict access to websites containing information that they decree to be inaccurate.

Gulshat Asylbayeva, a lawmaker behind the bill, said at a hearing in parliament on June 19 that the legislation would, among other things, help protect the honor and dignity of people smeared with false online claims.

“Why should I not be able to protect my rights? Why should I have to read this dirt contained in fake news?” Asylbayeva said in parliament. “When I proposed this bill for public discussion, you would not believe the new things I learned about myself. These social media websites have driven my mother-in-law to a stroke.”

Asylbayeva argued that legislating against lies would guarantee people only had access to reliable information about important matters like the coronavirus pandemic.

If adopted in its current form, the law would also oblige local internet service providers to store the data of their customers, such as photos, videos and audio, for a period of up to six months and to yield them to authorized government agencies upon request.

The hearing was sparsely attended as a spokesperson for the parliament was revealed on June 18 to have tested positive for COVID-19, which seems to have prompted many deputies to self-isolate. Among the few representatives of the media industry present, half were individuals associated with state-owned television stations and print newspapers, even though the legislation strictly speaking only affects online outlets.

Kyyaz Moldokasymov, a former director of state TV channel KTRK, spoke in favor of the bill on what felt like highly unfocused terms.

“These days, young people are coming to Islam through social media. There is also lots of verbal aggression from fake accounts. The [parliamentary] elections are happening soon and fake information will be used to darken the names of political rivals,” he said.

The opposing side was represented by Bolot Temirov, who runs a punchy gadfly website called Factcheck, and Akmat Alagushev, a lawyer for Bishkek-based advocacy group Media Policy Institute. Temirov took a pugnacious stance.

“Under the guise of fighting against fake accounts you want to shut our mouths. [State bodies] will before the election shut down all independent media under the guise of combating fake news. It is me that fights fakes. You don’t do that, you just twist facts,” he said.

Alagushev, meanwhile, said that a study of the bill conducted by his organization determined that it was in violation of the constitution.

Yevgeniya Strokova, an MP, alleged that there is a cottage industry in Kyrgyzstan of people generating defamatory content and that it is people making money from churning out that material who are most strongly resistant to the bill. She had nothing good to say about social media websites.

“Facebook and others have become a pit full of insults,” she said, before adding that she did make an exception for Odnoklassniki, a Russian-owned Facebook clone that she described as a “kind social media website.”

That is not the only thing from Russia that MPs backing the bill have given their blessing. Factcheck, the website run by Temirov, has found that sizeable chunks of the legislation have been copied, word for word, from a law adopted in Russia in 2006.

Ainura Osmonova, another would-be author of the bill, was incensed by this accurate claim.

“Plagiarism is what you call copying art or literature, for example. But life everywhere is the same, so accordingly, laws are similar. I have not lied since childhood,” she thundered. “You can be sure I will sue.”

Parliament overwhelmingly adopted the bill in its first of three readings on June 17. Of the 106 MPs present, only four voted against.

This is not the first attempt by Kyrgyz lawmakers to restrict what people can see on the internet. One effort came as recently as last month and from a familiar source. The bill unveiled by Asylbayeva in May envisioned age classifications for websites, such as the ones used to label movies. Reporters discovered that two-thirds of that bill had been copied from a similar Russian law.