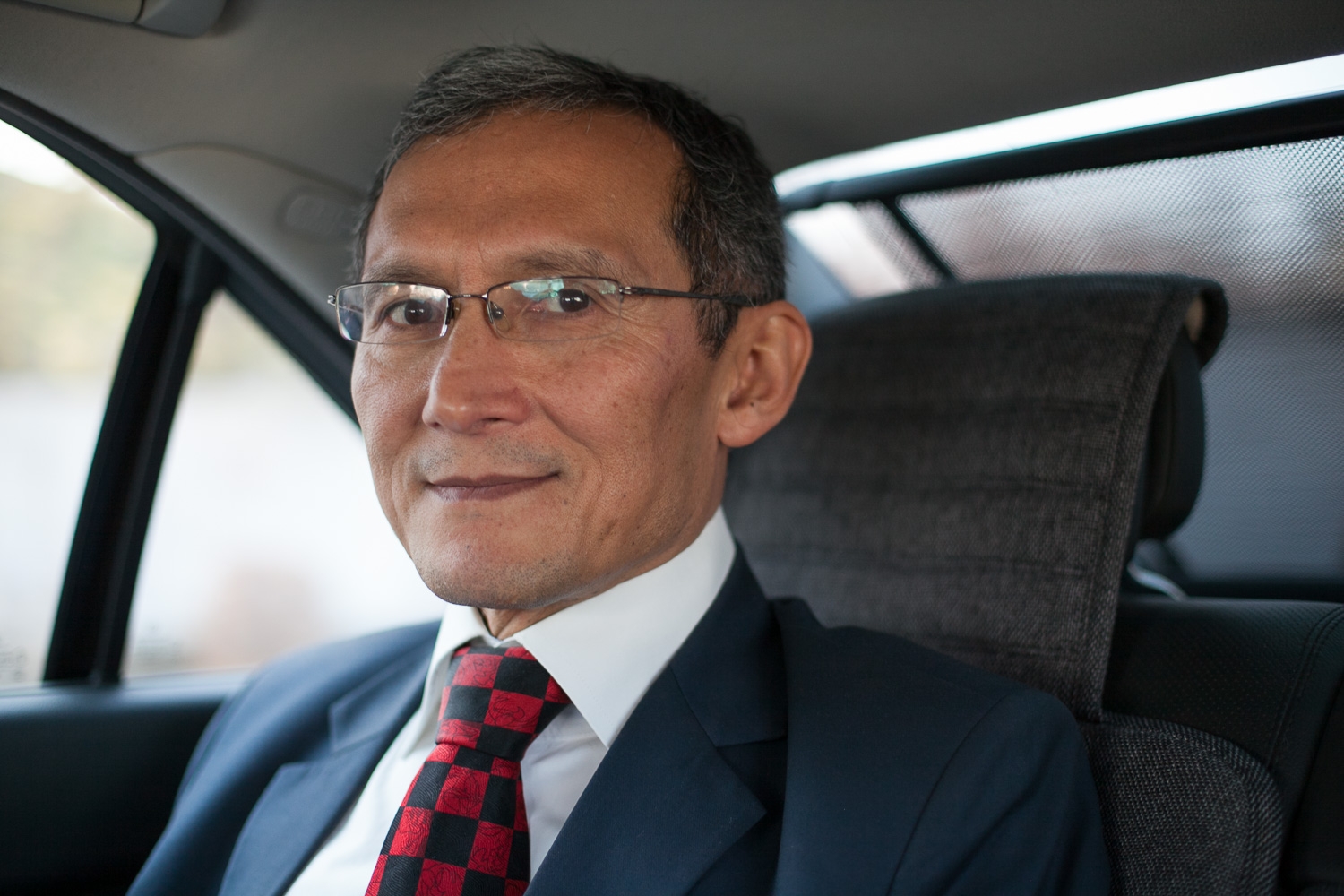 After a tumultuous year in office, Kyrgyzstan’s prime minister – the fourth since parliamentary elections in 2010 – has resigned.

Djoomart Otorbaev, an urbane, Western-oriented technocrat, announced he was stepping down on April 23 shortly after presenting his annual report to parliament. His year in office was dominated by inconclusive negotiations over the country’s largest gold mine and attempts to mitigate the fallout from Kyrgyzstan’s impending entry into the Russia-led Eurasian Economic Union.

"Thank you for recognizing the work of the government as satisfactory. This is not the work of one person. In democratic country there should not be a monopoly on power. I think this branch of power needs another shake, therefore today I'm announcing that I leave my post,” Otorbaev said in comments carried by the AKIpress news agency. "I think my decision to resign will allow the majority coalition to choose a more decisive prime minister.”

Much of his time in office since April 4, 2014, had been spent negotiating with Toronto-listed Centerra Gold over the fate of the Kumtor gold mine, located high in the mountains near the Chinese border. The two sides have been locked in a dispute for over two years, since parliament demanded more of the mine’s profits stay inside Kyrgyzstan. Kumtor produces between 8 and 12 percent of Kyrgyzstan’s annual GDP, and almost half of industrial output.

Kyrgyzstan owns a third of Centerra, which, in turn, owns 100 percent of the mine. But a preliminary deal to trade Kyrgyzstan’s Centerra shares for a 50-percent stake in the mine have been hampered by three international arbitration tribunals that have ordered most of Kyrgyzstan’s shares be frozen as collateral in favor of jilted investors. Kyrgyzstan has few other assets abroad and cannot trade the shares for a stake in a joint venture while they are frozen.

Parliament has repeatedly threatened to nationalize the mine, though last week Otorbaev won a small victory when lawmakers spearheading the nationalization drive appeared to back down. For several hours before Otorbaev's resignation, lawmakers had blasted him for failing to negotiate a deal.

The premier’s deputy, Valery Dil, recently said the government spent 60 percent of its time last year on the Kumtor case.

This month Otorbaev announced the 50-50 joint-venture plan was no longer in Kyrgyzstan’s interests and that the country should hold onto its Centerra shares to profit from the company’s investments elsewhere. But Otorbaev’s desire for Kyrgyzstan to take greater control of the company by appointing more members to the board of directors appears problematic. Shortly before his resignation, Otorbaev called on his compatriots to buy Centerra shares.

Kyrgyzstan is due to join the Eurasian Economic Union next month. At times, Otorbaev has seemed resigned, certainly not excited, about membership in the Russia-dominated club. Responding to Western criticism, he told EurasiaNet.org last fall: “With whom are we going to trade? I don’t know. The United States is not here. Europe neither. China is very aggressively importing things. […] There is no alternative.”

Otorbaev did not give a reason for his departure, which will prompt the resignation of his cabinet. But among Bishkek’s chattering classes, some have long believed the premier – one of the few senior officials in recent years not tainted by corruption allegations – wished to get out of government to save his reputation, and expect him to seek a senior position abroad, perhaps with an international financial institution. Previously, Otorbaev had worked for the European Bank for Reconstruction and Development in London. He has also worked for Philips, the Dutch electronics behemoth, and taught physics in the Netherlands.

Others believe his relationship with erratic President Almazbek Atambayev had grown cold.

Parliamentary elections are expected in October or November.