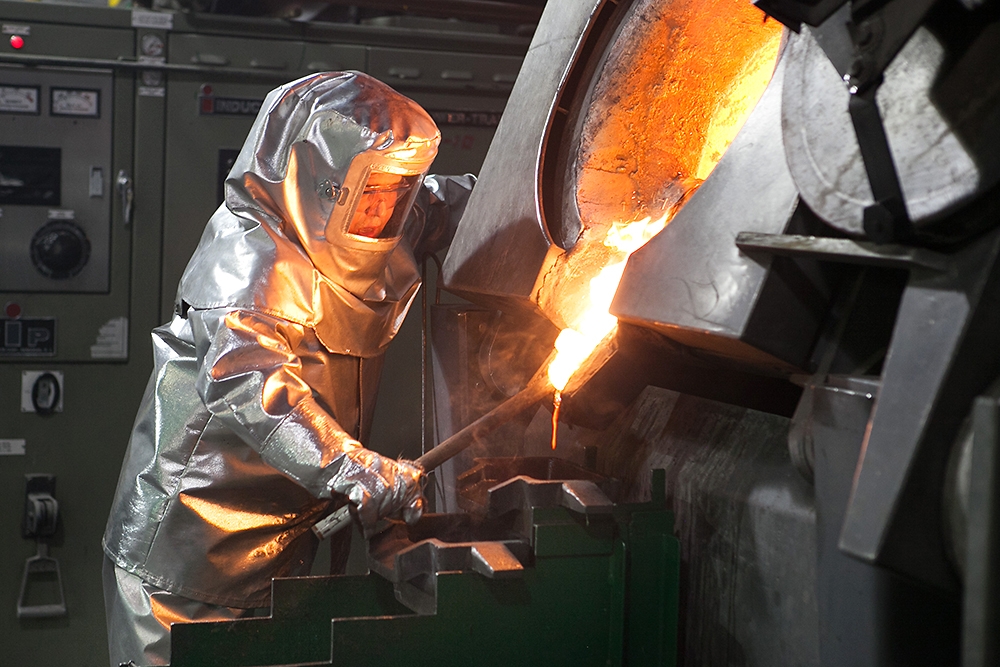 A worker pours gold doré bars onsite at the Kumtor gold mine in eastern Kyrgyzstan. The Central Asian country has decided to back off on its attempt to form a joint venture to manage the Kumtor mine and instead maintain its current agreement with Toronto-based mine owner Centerra Gold. (Photo: David Trilling)

Kyrgyzstan’s prime minister has ordered a halt to the country’s two-year effort to renegotiate operating terms at its flagship gold mine, reasoning that a joint venture is no longer in the country’s best interests. Despite lawmakers’ near-constant chest thumping and promises to nationalize the Kumtor mine, the announcement seemed to catch them off guard.

Foreign investment has plummeted as Kyrgyzstan and Toronto-based Centerra Gold have struggled to restructure ownership of Kumtor, which is responsible for generating up to 12 percent of Kyrgyzstan’s GDP and about 40 percent of export earnings. Under the current operating contract, signed in 2009, Centerra wholly owns the mine; Kyrgyzstan, in turn, owns one-third of Centerra. Parliament voted in February 2013 to scrap that agreement, arguing it was signed by a corrupt former leader and is not in Kyrgyzstan’s best interests.

But the government has struggled to come to terms that please the raucous legislature, while maintaining that nationalization would be a disaster. In December 2013, the government and Centerra announced the outline of a deal that would equally split ownership of the mine and see Kyrgyzstan cede its Centerra shares, and thus its interest in smaller projects in Mongolia, Turkey and Canada.

As the negotiations dragged through 2014 and into 2015, some lawmakers repeatedly threatened to nationalize Kumtor – a risky option since Kyrgyzstan seems to lack the technical know-how to solely operate the open-pit mine, which is situated at an altitude of 4,000 meters. Moreover, such a move, business leaders in Bishkek fear, would crush any remaining slivers of confidence among Kyrgyzstan’s dwindling cadre of investors.

When Prime Minister Djoomart Otorbaev told a parliamentary committee on April 7 that the proposed 50-50 deal is “not profitable” for Kyrgyzstan, he cited new mine reserve estimates published by Centerra on February 9 that downwardly revised Kumtor’s projected gold reserves from 8.5 million ounces to 6.1 million ounces. (Kumtor produced 731,000 ounces in 2014). With the mine projected to yield less, Otorbaev explained to parliament and again at an April 9 news conference that Kyrgyzstan would be better off keeping its Centerra shares and interests in the company’s investments elsewhere.

Otorbaev also threatened to quit if parliament pushed for nationalization.

As an alternative to the 50-50 deal, Otorbaev proposed to increase the Kyrgyz government’s say over who sits on Centerra’s 11-member board, in order to gain “more influence” over the company. (Kyrgyzstan currently appoints three members). He argued that Bishkek should team up with minority shareholders to appoint independent international experts that would work in the interests of Kyrgyzstan and other shareholders.

But in a country where few believe officials have the public interest at heart, and where Kumtor has been the focus of allegations of corruption and environmental degradation for years (charges Centerra consistently denies), the shift has encouraged conspiracy theories about misplaced loyalties. Board members were paid $85,000 each last year, plus share-based compensation, according to Centerra’s annual report. So the positions are seen as sources of patronage.

The head of Kyrgyzaltyn, the state company that holds Kyrgyzstan’s Centerra shares, disagrees with the prime minister’s plan and says he will continue to push for the 50-50 deal, while also seeking to expand Bishkek’s influence over the board.

“We will continue negotiations [for a 50-50 deal], but at the same time we will take a look at changing the board of directors. As shareholders we have this right, but we need much more time,” Kyrgyzaltyn Acting Chairman Kylychbek Shakirov told EurasiaNet.org. Shakirov, who sits on Centerra’s board, also said Kyrgyzaltyn would not be ready to propose a board shakeup by a May 8 shareholders’ meeting in Toronto.

“The possibility to get a 50-50 deal is much greater than [the possibility of] changing the board of directors. Kyrgyzaltyn only has a 33-percent share [in Centerra], nothing more. We do not have majority control,” Shakirov continued.

In an April 9 statement, Centerra said the company “will continue to engage constructively and in good faith” with Bishkek. But company executives cautioned that there “are no assurances that continued discussions between the Kyrgyz government and Centerra will result in a mutually acceptable solution.”

Negotiations for a 50-50 joint venture with Centerra have appeared doomed since last fall. Because Kyrgyzstan’s shares in Centerra are its only major asset abroad, they have been targeted by jilted investors seeking compensation for unrelated business deals that have gone sour in the Central Asian country. Canadian courts have frozen the majority of the shares in three separate arbitration suits that look unlikely to be resolved anytime soon. And Kyrgyzstan cannot trade the shares for a 50-percent stake in the mine until the arbitration cases are settled.

As the Kumtor dispute drags on, Kyrgyzstan’s mining industry is being battered. Foreign investment in the sector fell 90.5 percent in the first nine months of 2014, compared with the same period in 2013, the National Statistics Committee said in February.

Parliamentary elections, which are expected November 1, also pose challenges for investors. A Western mining executive in Bishkek expects to accomplish “nothing” this year as populist officials look to score points. “If we raise our head, we become a political football. So we cannot do anything until after the elections. The whole economy grounds to a halt during an election year,” the Western executive told EurasiaNet.org.

After Prime Minister Otorbaev announced his intention to terminate joint-venture negotiations, parliament voted April 9 to approve a non-binding resolution deeming his government’s work “unsatisfactory,” and debated nationalization for two days. The head of parliament’s Ar-Namys faction, Felix Kulov, said Kyrgyzstan must not be afraid, arguing that though nationalization could lead to a $1 billion lawsuit, Kyrgyzstan could countersue for $6 billion. He offered no details to support his claims, but promised Kyrgyzstan would not let Kumtor stop working “for a single day or hour.”

Despite the grandstanding, the legislature and the wider political class appear unsure how to proceed.

On April 10, a small group rallied outside parliament to demand the government’s resignation over the Kumtor affair, but expressly insisted the mine not be nationalized. The following day, in the southern town of Jalal-Abad, opposition leaders called for nationalization.