Kyrgyzstan’s presidential elections: Who is running, and who will win?

The next president has been preordained. A contemporaneous referendum on his powers offers the only glimmer of intrigue. 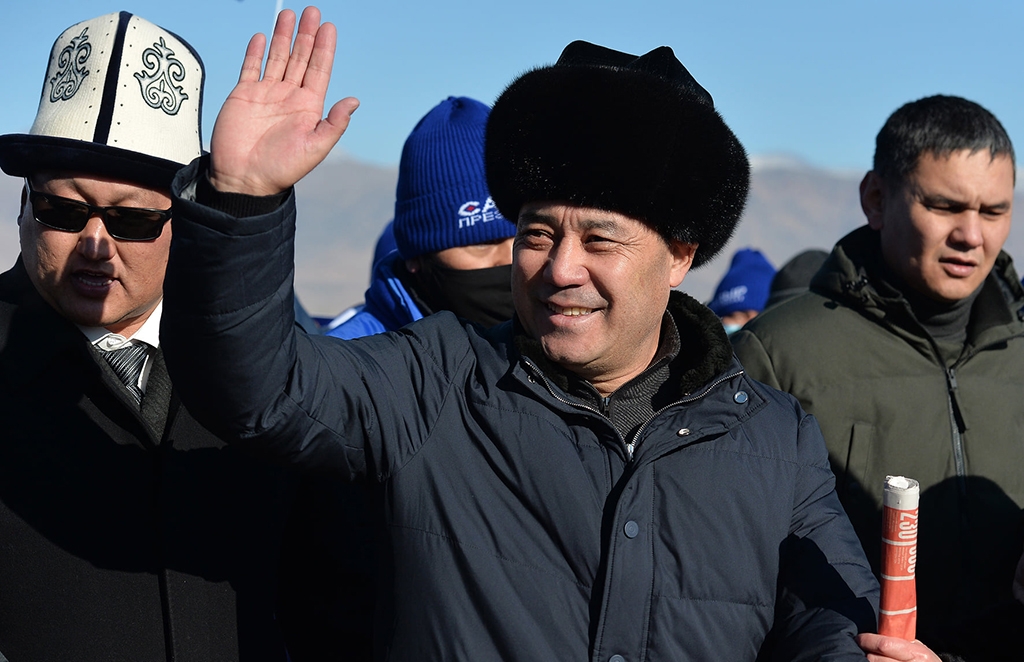 The run-up to presidential elections in Kyrgyzstan have come to follow a predictable pattern. When the window is opened for aspiring candidates to submit their names, dozens come forward.

To begin with, more than 60 people put their names down to compete in the January 10 vote. That list has now been whittled down to 18.

In truth, however, only one of them is a viable contender: Sadyr Japarov.

Some glimmer of intrigue is instead being offered by a contemporaneous referendum. Voters will be asked for their preference on what system of governance they would prefer: a parliamentary system, one where lawmakers theoretically have more ability to hold the executive to account, or a presidential system, where the person in charge wields near-absolute power. An “against all” option is envisioned for those who would settle for the uneasy, mixed parliamentary-presidential status quo.

Once a preference is expressed, lawmakers will get down to the business of crafting the relevant constitutional reforms.

Japarov has experienced a dizzying rise to the top of the Kyrgyz political pantheon. Until the morning of October 6, he was serving a lengthy prison sentence on kidnapping charges.

Now, banners carrying his image hang on almost every major street. It is hard to turn on the television without Japarov looking back from the screen. His campaign war chest, around 60 million som ($720,000), is the largest of any candidate. Social media is brimming with pro-Japarov content.

Stump events are far grander than anything his rivals have managed or could afford.

Confident of all the exposure he has already gained, Japarov has eschewed televised debates.

“The TV debates are not debates. They are just slander,” he said at rally of his supporters in the southern city of Osh on January 4. “Is it helpful or useful for me to go to debates and engage in gossip? It is better if we all go and meet with the people. It is more useful to be closer to the people.”

Japarov appears to feel the election is a formality anyhow. He routinely alludes to how he has already been “chosen by the people.”

More importantly than that, he enjoys the advantages of what are euphemistically referred to as “administrative resources.”

Japarov used mob force to wrest power from former President Sooronbai Jeenbekov in October, but he had to yield nominal control over the country to an interim figure in order to be permitted to run for office. The man who is keeping the seat warm is Japarov’s old friend and ally, Talant Mamytov.

And before Japarov vacated the president’s office, he appointed another, even older friend and ally, Kamchybek Tashiyev, as head of the State Committee for National Security (GKNB), the successor body to the KGB.

The air of inevitability is reflected in the output of state media. Even though Japarov is just a regular citizen – he holds no political office at all – his New Year speech was broadcast on national television as though he were already head of state.

The only question is which candidate will come second. Or whether Japarov gets less than 50 percent of vote, forcing him to go through the hassle of a runoff.

According to political scientist Marat Kazakpayev, Adakhan Madumarov, who comes from the southern Osh region, is best positioned to fulfill that role.

“His problem is the north of the country. He only has support in the south and among migrants in Russia. He has barely any supporters in the north,” Kazakpayev told Eurasianet.

Madumarov, a former lawmaker who has served previously as a deputy prime minister for about a year, after the 2005 revolution, is a serial election loser. He has made two runs for the highest office, in 2011 and 2017, respectively. Last time around, he garnered a meager 6.5 percent of the vote.

Another recognizable face is that of Kanatbek Isayev. He played a curious role in the political turbulence that followed the now-cancelled October 4 parliamentary elections.

By rights, he should, in his capacity as parliament speaker, have taken over as interim head of state when President Jeenbekov stepped down amid all the chaos. In the event, clearly spooked by the unruly mobs of Japarov supporters on the streets, he rejected the job. He claimed it was so he could run for president, which he is now doing, but his chances are negligible.

Veteran lawmaker Kanybek Imanaliyev has at least distinguished himself by making critical remarks about Japarov and the government. At a TV debate on December 28, Imanaliyev referred to Japarov's claim to authority as "illegitimate."

Abdil Segizbayev, who headed the GKNB from 2015 to 2018, has also spoken very sharply about Japarov, accusing him of corruption and seizing businesses. Japarov has links to deposed former President Kurmanbek Bakiyev, now a resident of Belarus, and may be getting funding from him, Segizbayev has claimed, although without presenting evidence.

There is only one woman among the 18 contenders – Klara Sooronkulova. A former judge in the Constitutional Chamber, she has become a vocal anti-corruption activist. As the weak showing of her Reforma party in the tainted October vote showed, however, she suffers from low visibility.

In the big spender stakes, Japarov is followed only by Babur Tolbayev, a businessman, philanthropist and director of microcredit company Mol Bulak who gained celebrity status with a faintly deranged straight-to-camera video appeal during the first COVID-19 wave in which he furiously “ordered people to live.” He has spent 10 million som ($120,000) on campaigning.

“If I become president, I will hold negotiations with the president of Uzbekistan in order to attract investments from there. Secondly, IT technologies are actively developing now,” he said during December 30 debates. “I have built up three IT companies that provide jobs for about 3,000 people.”

Famed eccentric Arstan “Alai” Abdyldayev is now on his third run for office, having sought to become president in 2011 and 2017. He got 0.16 percent of the vote in 2017. Abdyldayev is best known for a series of bizarre public pronouncements, like the one that made him an internet sensation in 2011, when he predicted confidently, if inaccurately, on the basis of cosmic revelations, that there would be no winter that year.