Some politicians are coming out of prison. Others are going in. And then there are elections looming on the horizon. 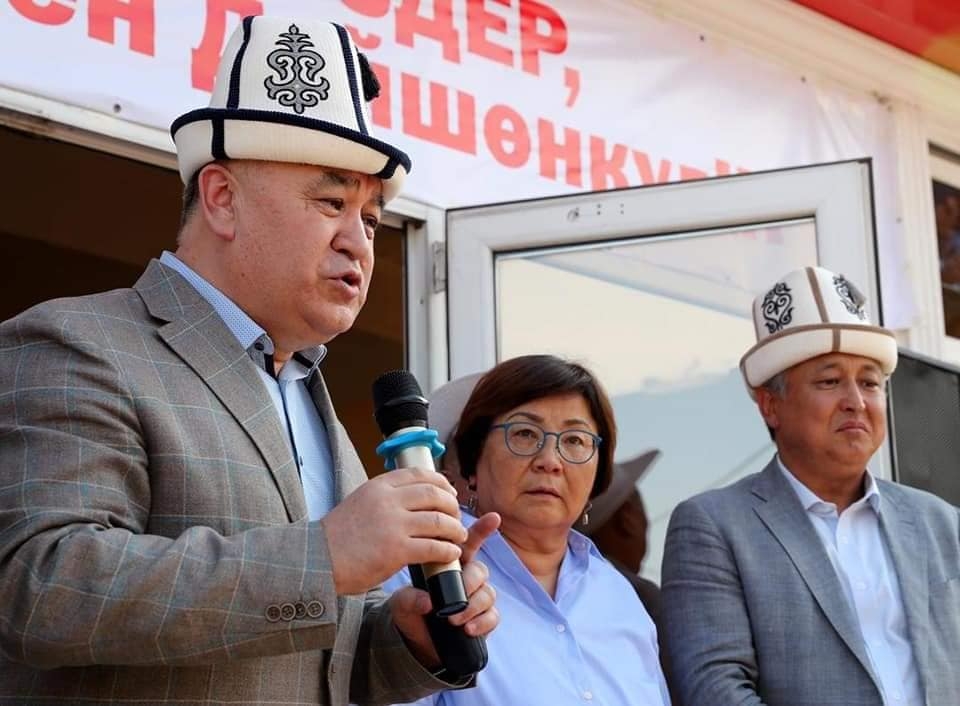 One quarter-turn of the kaleidoscope that is Kyrgyzstan’s political scene and everything changes. Some politicians are coming out of prison. Others are going in. And then there are elections looming on the horizon.

On August 29, the Pervomaisk district court in Bishkek approved a petition to release Omurbek Tekebayev and Duishonkul Chotonov from prison pending a review of their case.

Tekebayev was until recently the most prominent opposition figure languishing behind bars in Kyrgyzstan. He was jailed in 2017 on corruption charges that most observers believe were precipitated by his testy confrontations with then-President Almazbek Atambayev.

Tekebayev tried to sound conciliatory as he spoke after his release, but it is evident he has scores to settle.

“We have no intention to seek revenge. As a person, I have forgiven everybody, but we do have state policies and laws. People who gave orders and those who executed them should bear responsibility,” he said.

That was a not-so-subtle allusion to Atambayev, who is now himself in jail, following his dramatic detention earlier this month. The former president is now looking down the barrel of corruption and abuse of power charges, and possibly much more.

With the political situation still uncertain following the arrest of Atambayev, who fell out in dramatic fashion with his protege and successor-turned foe, Sooronbai Jeenbekov, the conditional release of Tekebayev looks like a gesture intended to relax moods.

“The authorities need to stabilize the situation,” political analyst Mars Sariyev told Eurasianet. “Following the arrest of Atambayev, there has been growing tension in society, especially on north-south regional lines. The release of Tekebayev has refocused attention on him and pushed Atambayev into the background.”

Tekebayev, who leads the Ata-Meken political party, and Chotonov were greeted outside prison by comrades of old – Roza Otunbayeva and Temir Sariyev.

Tekebayev, Chotonov, Otunbayeva and Sariyev were all members of the interim government installed in April 2010 in the wake of the overthrow of President Kurmanbek Bakiyev. And Tekebayev and Otunbayeva took particularly prominent roles in the campaign to resist efforts by Atambayev in 2016 to amend the constitution – an exercise many assumed at the time might be designed to assure his indefinite control over Kyrgyzstan’s political life.

The appearance of this quartet has been read in some quarters as signs that a new front of opposition to the current government could be in the making.

But Mars Sariyev, the analyst, argued that it was unlikely that Tekebayev would prove too serious a thorn in Jeenbekov’s side.

“From his statements, you can tell that he will not go for hardline opposition, but that he will instead be a constructive opponent. The appearance of Tekebayev on the political scene will create the impression of opposition to the ruling authorities, which has disappeared since the arrest of Atambayev,” Sariyev said.

The expectation had been that this role might fall to another man – Omurbek Babanov, the multimillionaire and failed 2017 presidential candidate who returned to Kyrgyzstan earlier this month, following a period of self-imposed exile.

But on August 20, Babanov caused no small amount of surprise by declaring that he would likely discontinue his political career.

Such statements will be closely studied as the parliamentary elections, which are expected to take place in 2020, loom on the horizon.

Over the short history of Kyrgyzstan’s independence, parliament has undergone some radical and often bewildering evolutions in its constitutional role. It has veered between acting as a tribune of regional elites, business interests or other behind-the-scenes players and serving as a catspaw for the presidential administration. At times it appears to do both.

The current five-party Jogorku Kenesh is the product of elections in October 2015 that handed a little over one-third of the chamber’s 120 seats to Atambayev’s Social-Democratic Party of Kyrgyzstan, or SDPK. Other blocs were taken, in order of seats won, by Ata Jurt-Respublika, an improbable alliance between Babanov-led pro-business types and southern-based nationalists; the Kyrgyzstan party, notable for its utterly apolitical stance and mostly pro-regime ethos; Bir Bol, a party distinguished mainly for its low public visibility; and Tekebayev’s Ata-Meken.

The next legislature is likely to look very different indeed. On the surface, at least.

The extended Atambayev saga brought about an often-farcical existential crisis at SDPK that could ultimately lead to the party’s disappearance from the scene.

Most seriously for SDPK, several of its most prominent figures are now facing criminal charges. Atambayev’s right-hand man and senior SDPK figure Farid Niyazov has been charged with hostage-taking and organizing mass unrest. Another loyalist of the former president, Irina Karamushkina, was placed under house arrest on August 22 pending investigations into prosecutor claims of involvement in hostage-taking.

If experience is any guide, Jeenbekov’s entourage will be determined to either create a new party – or simply engage in an aggressive takeover of a reformatted SDPK – to ensure the weighty presence of a presidential party in parliament.

“New parties will appear,” said political analyst Marat Kazakpayev. “Many MPs from [SDPK] will run under a different flag.”

Kazakpayev pointed out that Asylbek Jeenbekov, a younger brother of the president and former top SDPK crony, and fellow southerner and SDPK member Torobai Zulpukarov are working on creating their own party. Also, the highly contentious figure of Rayimbek Matraimov, a former customs official identified by activists as the prime éminence grise of Kyrgyz politics, has created Mekenim Kyrgyzstan (My Fatherland Kyrgyzstan).

Commentators are split on whether Tekebayev’s Ata-Meken has much of a future. But the consensus seems to be that it will fare poorly unless it is able to raise substantial funds before the elections take place.

This is probably all academic, however.

“Not much will change in parliament,” said Kazakpayev. “Just like now, there will be no more than 5-6 parties, and the president will be the one making key decisions, with parliament falling in line.”