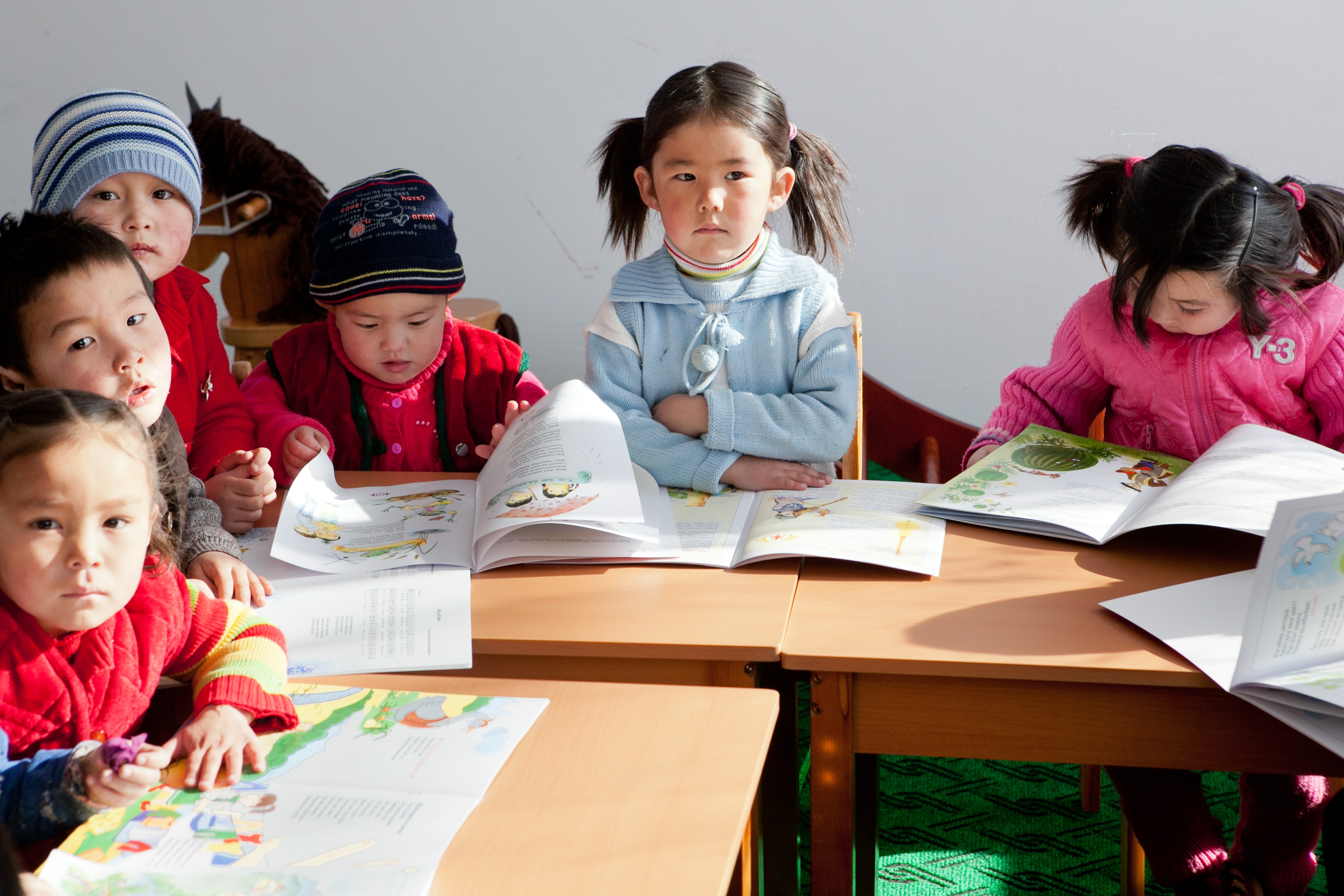 As her six-year-old daughter prepares to start school this September, Alina Bilyaletdinova says that sifting through online chat forums and scouring media reports of disgraced school principals has become “a full-time job.” With limited funds, trying to find an acceptable school in Kyrgyzstan’s shabby public education system, full of informal and semi-official financial arrangements, has been daunting.

It is hard to call any school in Kyrgyzstan “public” these days. After state budgets collapsed with the Soviet Union, parents were forced to share the cost of teachers’ salaries and school upkeep. Authorities encouraged schools to raise their own funds, effectively turning educators into entrepreneurs, says one former school principal. Two decades on, some public schools have flourished as “status schools,” while others have floundered. The trend both mirrors and reinforces a deepening social and economic gulf in society as a whole.

Most public schools in the capital, Bishkek, have funds into which parents can make “voluntary” contributions to secure and maintain their child’s place. De facto, the payments are mandatory and public schools are known to reject children whose parents cannot pay. School No. 13, for instance, where Bilyaletdinova would like to send her daughter because of its reputation for strong English instruction, requests 25,000 soms, or roughly $500, from parents for entry, she says. (Repeated calls to School No. 13 went unanswered.)

“Then there are textbooks, money for repairs and remodeling, teacher’s bonuses. Maybe it will be another $600 annually,” says Bilyaletdinova, whose family runs a small hardware store. The average monthly salary in Bishkek is around $300 according to Kyrgyzstan’s National Statistics Committee.

As fully private schools grow popular among the wealthy in the capital and Osh, parents with more ordinary incomes “aspire to send their children to such [public] ‘status schools,’” says Alexander Ivanov of the Foundation for the Support of Educational Initiatives, an advocacy group. One highly regarded school, No. 61, was able to expand its own intake of students by acquiring half the building of a struggling school in another part of the city, he recalls. The receptionist at another prestigious school, No. 70, confirmed to EurasiaNet.org that it had at one time operated in three shifts – morning, afternoon and evening – to cope with demand.

“I am not sure that the teachers in these schools are so much better. Teaching standards are falling all over the country,” Ivanov told EurasiaNet.org. “The thing is that the children these schools take in are … from better families, so it is a better learning environment.”

Conflicts arise when low-income parents registered as living in the catchment area of such schools wish to send their children free of charge, in accordance with their legal right, says Inna Valkova, head of the Center for Educational Assessment and Teaching Methods, a non-profit responsible for conducting a range of nationwide tests among schoolchildren. “These parents are always being asked by [the school administration] to justify their child’s place in the school, since they can’t make the contributions. That has a bearing on how teachers treat that child in class,” said Valkova.

Valkova says the gap in test results between schools in the capital is growing. That is especially apparent in Bishkek’s novostroiki, suburban communities of poor migrants from the countryside, where “teachers don’t want to teach” and class sizes over 40 are not uncommon.

The difference between test results in cities and rural districts, meanwhile, as well as across schools using different languages, is even more pronounced, Valkova says. In 2013’s national university admissions tests, Russian-language schools in Bishkek scored an average of 139.8 out of a possible 250 points, while schools in remote Chon-Alai District in Osh Oblast, where the language of instruction is Kyrgyz, averaged 93.5, the lowest in the country. (In some rural areas, the tests found, children are graduating high school functionally illiterate.)

With schools emerging as symbols of deepening social inequality, school principals are becoming targets of popular anger, often suspected – fairly or not – of corruption. In April last year, the prosecutor general announced that a total of 73 criminal cases had been launched against educators, more than in any other state sector outside of local government administrations. In 2012, authorities initiated high-profile corruption investigations against the principals of School No. 13 – the school Bilyaletdinova wants to send her daughter to – and School No. 88 in Bishkek. School No. 88’s principal is the sister of Damira Niyazaliyeva, a member of parliament from President Almazbek Atambayev’s Social Democratic Party, and chair of parliament’s powerful Social Committee. Both cases appear to be ongoing.

A former Bishkek school principal, who retired ten years ago “due to stress,” complains that school principals have become easy targets, “a focal point for hatred of the government.”

During his tenure, the principal told EurasiaNet.org, “We had one main source of income, an indoor gym, which we used to rent out to members of the public. Because of the fees we received, we were able to ask parents for lower contributions.” Nevertheless, not everyone was happy: “Some parents complained because children took some of their physical education lessons in the yard instead of the gym, and some accused me of embezzling money from the rent,” he said. Today, a principal must be “a lobbyist, a businessman and a diplomat – it is one long struggle to survive.”