Kyrgyzstan’s Silent Hill: How smog is killing a city

It is a particularly sad legacy for a city once celebrated for its many tree-lined streets. 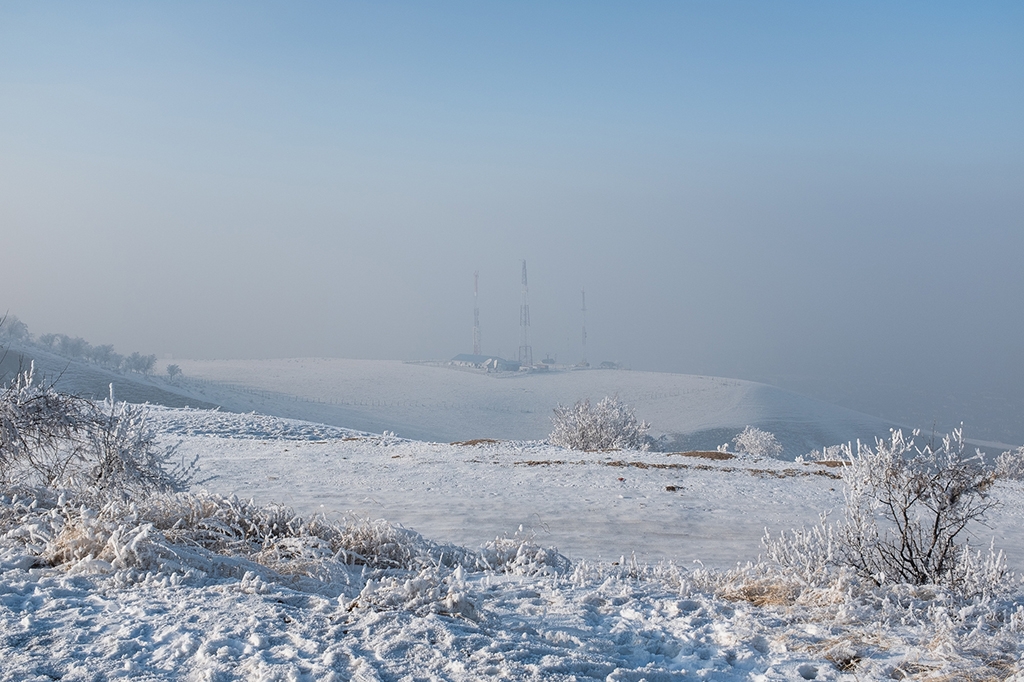 The capital of Kyrgyzstan has been trapped under a dome of dark, gray fumes for about two months. Even when forecasters promise good weather, Bishkek residents rarely get to see the sun’s rays.

The gloom of winter and smog is accompanied by a constant lingering smell of burning, as households not attached to the gas grid fall back on dirty stoves to keep warm. Locals have jokingly taken to referring to the city as Silent Hill, a reference to the video game and horror movie franchise from the 2000s about a town enveloped in a mysterious fog.

It has taken decades to get to this point. The most commonly cited causes include chaotic urban development, unfettered inward-migration to Bishkek, a rapid proliferation of groaning cars chugging out dirty fumes, and reliance on low-quality fuel for household heating stoves.

Zhanyl Madykova told Eurasianet that her environmental group MoveGreen has been monitoring air quality since 2018 with three sensors installed around Bishkek. The device calculates air quality on a scale from zero to 500 that is in turn subdivided into subcategories: zero to 50 is optimal, anything from 300 upward is considered hazardous to health.

Bishkek has been at the higher end of that spectrum for weeks.

“Over the past three years we have seen no change. And that is even though the government says it is adopting measures and issuing fines. Still the air is not improving. The concentration of PM 2.5 particles is far in excess of what is permissible,” Madykova said.

PM 2.5 is a term used to classify the tiny particles produced by vehicle exhaust, power plants, and industrial emissions that can make their way into the lungs and contribute to all kinds of respiratory illnesses.

A key driver of the worsening smog are the unplanned residential areas that mushroomed around Bishkek since early 2000s as vast numbers of people moved from the regions in search of work. Because the homes are not connected to the centralized heating grid, dwellers rely instead on stoves, which are fueled with whatever affordable material comes to hand. That can mean cheap coal, but often also anything combustible, like household trash.

Makhabat Sheishenbekova, who lives in one such suburb, Archa-Beshik, says the smell of burning rubber in her neighborhood makes it impossible for her to open her windows at home.

“The air gets very bad in winter. I live quite close to work, but even by the time I get there, my clothes all smell of soot. When I put my clothes outside to dry, they come out smelling of ash. My hair smells of soot too,” Sheishenbekova told Eurasianet. “My native town, Toktogul, has clean air. Sometimes, because of the environment, I think of moving back.”

Sheishenbekova rents a room in a house whose owners use gas for heating, but the neighbors do not have that luxury. That family uses coal.

“When I read on the internet that the air has been ruined because of people like us, it makes me feel bad, but we have no choice,” the mother in that family told Eurasianet on condition of anonymity. “If gas were cheaper, we would make the switch. But we cannot do that yet.”

City authorities have been talking for years about extending the gas pipe network to homes across Bishkek, but little progress has been made. Even if that transition happens, though, it is uncertain how rapid any improvements would be, since households would then be required to make a relatively costly switchover by buying gas-fueled heating equipment.

Other oft-aired proposals revolve around reducing the number of cars running on petrol. Acting Prime Minister Artyom Novikov returned to the theme on December 18, when he said that the government is developing a program of deferred payments for motorists wishing to make the switch from petrol to notionally cleaner natural gas-powered engines.

According to official figures from 2019, there were around 420,000 cars registered in Bishkek – many more than the city is designed to cope with. And the vast bulk of those are creaking, second-hand models from Japan or Europe.

“Cars that were old there and sent for scrap have arrived here,” photographer and eco-activist Vlad Ushakov told Eurasianet. “What is more, they have started sawing off the catalytic convertors, which at least used to filter out some of the exhaust gases.”

These filters are often sold separately by unscrupulous second-hand car traders as they alone can fetch many hundreds of dollars on the open market. Buyers then pillage the filter for precious metals like platinum, palladium and rhodium.

Sagyndyk Keldibayev, a member of parliament, raised the matter during hearings in the legislature last month. Cars missing their catalytic convertor should not be registered, he suggested.

“We have become one of the dirtiest cities. This is due to old cars, because they either don’t have catalytic convertors or they don’t work. There are advertisements on the internet offering to sell them at high prices. Why is nobody keeping an eye on this?” he said.

Countless people have tales about the knock-on effects all this has on health.

“My grandmother always enjoyed good health, but for the last two or three years, with the appearance of smog, she began to suffer from severe shortness of breath,” Oksana Seyitova, a 19-year-old who took part in a December 18 rally to raise awareness of the problem.

And then there is the landfill. This perennially burning expanse of trash, spread across an area about the size of 90 football fields, a short drive outside Bishkek city limits, is growing rapidly. The new recycling plant to which the European Bank for Development and Reconstruction allocated 22 million euros in 2013 ($30 million at the time) remains unbuilt.

“There are illegal settlements near the landfill – Altyn Kazyk, Kalys Ordo 2, Kirpichny Zavod. People who live within five kilometers [of the landfill] are at an elevated risk of developing cancer,” Moldogaziyeva said. “[Even within] a 20-kilometer perimeter, there is a danger from other diseases. When burned, harmful substances such as formaldehyde, dioxide, methane and others are emitted.”

The landfill is poisoning those who live near it, but it is also a lifeline for many of them. Residents trawl through the dangerous, unstable mountains of litter just to collect bottles to hand over for recycling.

Smog is a particularly sad legacy for a city once celebrated for its many tree-lined streets. As Dmitry Vetoshkin, an environmentalist, complained to Eurasianet, even though trees play an important role in keeping the air clean, the authorities have waged a relentless war against them.

“The air is purified by elms, which our municipality does not like, because they have a lot of leaves,” he said.

The figures on how many deciduous trees have been felled by Bishkek city hall are troubling. More than 1,500 in 2018, and another 800 or so last year. This has often been done, officials argue, in the interests of widening roads to make way for the growing number of vehicles.

Instead of taking good care of the trees that are left, Vetoshkin said, authorities spend their limited resources on planting lawns and decorative flowerbeds.

“It is a disgrace that they are decorating the city when what the city needs is saving. It is like buying a flat-screen TV and a red carpet for a home while the children are starving, the stove is cheap and the windows are bad,” he said.