Following last month’s successful Eurasian Economic Union summit in Yerevan, it was all smiles between the Russian foreign minister and Armenian officials. 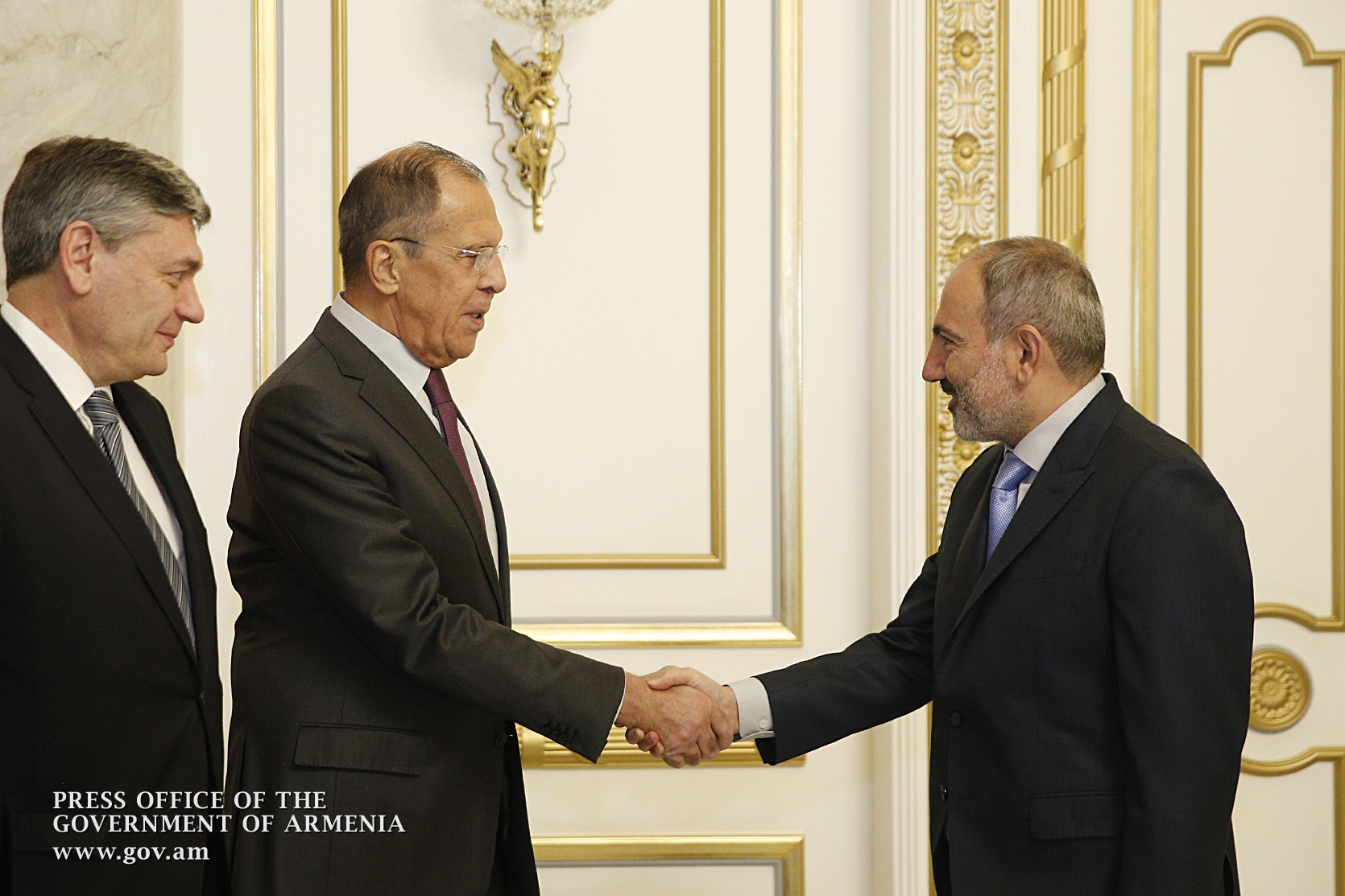 Russian Foreign Minister Sergey Lavrov has made his first visit to Armenia since that country’s “Velvet Revolution,” where both sides gave rosy assessments of Moscow-Yerevan relations while sidestepping the many sources of tension.

Pashinyan and his team, including many pro-Western figures, replaced an old guard in Armenia that was a more reliable partner to the Kremlin, and the sources of tension since then have been many. They include the current government’s prosecution of former president Robert Kocharyan, a personal friend of his old Russian counterpart Vladimir Putin, along with other pro-Russia officials; Russia’s increase in the price of gas it sells to Armenia; and Moscow’s general suspicion of popular revolutions. Add to that long-standing tensions like Russia’s regular sales of military equipment to Armenia’s neighbor and foe, Azerbaijan, and there are plenty of sources for disagreement.

But Lavrov had nothing but good things to say during his two-day trip.

“In our view, the foreign policy being carried out by Yerevan has a balanced, responsible character,” Lavrov told the Armenian news website Mediamax ahead of the visit. “We note the dedication of our Armenian friends to the preservation and strengthening of the strategic partnership and alliance with Russia and energetic participation in different multilateral groups in the post-Soviet space.”

Indeed, last month’s summit of the Eurasian Economic Union in Yerevan went off without a hitch in spite of some predictions of disaster, which no doubt contributed to the goodwill.

On the first day of his visit Lavrov attended the opening in Yerevan of a museum exhibit dedicated to the 75th anniversary of the end of World War II. In the past, Russia has criticized Armenia’s lionization of Garegin Nzhdeh, an Armenian war hero who collaborated for a time with Nazi Germany, and Russia’s state press has occasionally made an issue of Nzhdeh when it needed to score points against Yerevan. This time, though, the World War II commemoration was marked without a mention of Nzhdeh from Russia.

Lavrov couldn’t resist a snobby display of superior knowledge, though: while getting a tour of the museum Lavrov was shown a military uniform, which included “a parade sword,” the museum guide told him. “It’s a shashka,” a particular kind of sabre with Caucasian origins, Lavrov corrected her. “The participants all smiled involuntarily,” an account in Sputnik Armenia reported.

One of the touchier bilateral issues of late has been Russia’s approach to the resolution of the conflict over Nagorno-Karabakh. In October, Lavrov rebuked Pashinyan for the latter’s declaration in August that “Karabakh is Armenia – period!”

In Yerevan, Lavrov didn’t address that episode but he did discuss another sensitive Karabakh topic: Pashinyan’s efforts to bring the de facto leadership into the negotiations with Azerbaijan as a third party. Lavrov described the issue delicately, suggesting that Pashinyan’s efforts were futile but that blame fell on Kocharyan.

“At some stage the Armenian authorities, one of the former presidents, decided that the interests of Karabakh should be represented by Armenia,” Lavrov said. (Kocharyan, a former president of both Karabakh and Armenia, during his time as leader of the latter did in fact decide to take on the Karabakh negotiating role himself, and that format has persisted to this day.)

Lavrov also added that Karabakh had a de facto veto over any peace agreement in any case. “It is clear to everyone that no negotiations can be completed without the consent of Karabakh and the people of Karabakh. Armenia will not sign them” unless that is the case, he said.

“In light of the obvious tension between Yerevan and Moscow even well before Armenia’s ‘Velvet Revolution,’ the real challenge for Armenian statecraft lies in the delicate balancing act between earning Russian respect and escaping from the gravitational pull of being in the Russian orbit,” Richard Giragosian, the head of the Yerevan think tank Regional Studies Center, told Eurasianet. “But Lavrov seemed to do his best to soften that challenge, stressing the positive.”

Lavrov’s boss, Putin, also made his first post-revolution visit to Armenia only last month, for the EAEU summit. Meanwhile, Pashinyan has been in Russia nine times since becoming prime minister; he is scheduled to make his tenth visit in December for another Eurasian Union event in St. Petersburg.