Tofig Yagublu was detained shortly after the president warned that the opposition was using the coronavirus to destabilize Azerbaijan. Now even pro-government MPs are calling for his release. 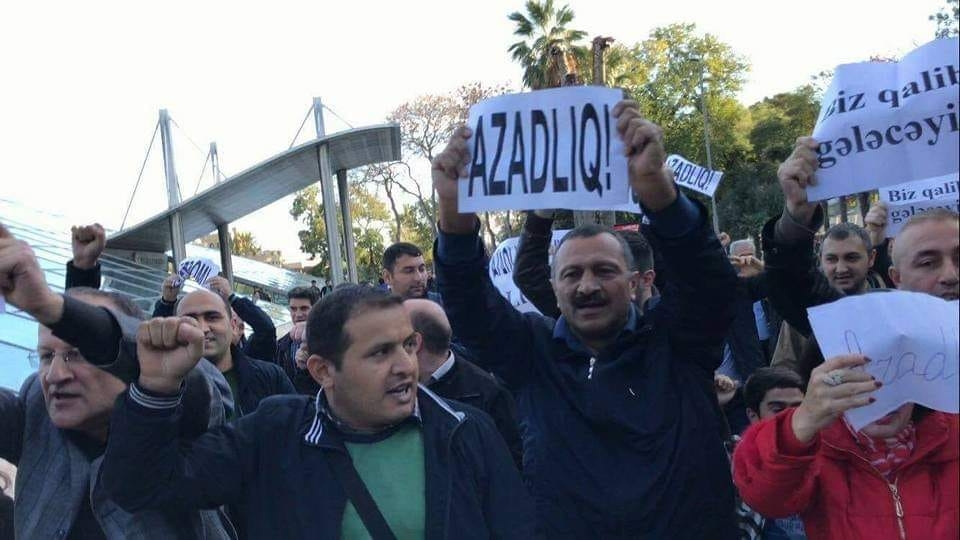 A leading Azerbaijani opposition figure has been on hunger strike in jail for two weeks as calls mount to release him.

Tofig Yagiblu has been detained since March on assault charges. On September 3, he was convicted of hooliganism and sentenced to more than four years in prison.

The day before he was sentenced, he began a hunger strike to protest what he described as a fabricated case against him.

“I’m ready to die,” his daughter, Nigar Hazi, reported him telling her in a telephone conversation on September 7, she told the opposition TV network Meydan. “Either I will die or they will acquit me. If I die, it will be my small service to my people. At least my death will not be in vain and will inspire people to freedom.”

His lawyer visited him on September 14 and reported that Yagiblu was “very lethargic” and in intensive care. “His health is not good,” said the lawyer, Elchin Sadigov, reported the independent Turan news agency.

There has been a strong social media campaign to demand Yagublu’s release, and on September 9 several dozen people held a support rally in Baku. About 30 people, including Hazi, were briefly detained during the rally.

Yagublu was detained just three days after Azerbaijan’s president, Ilham Aliyev, warned that the country’s opposition was a “fifth column” that would take advantage of the then-nascent COVID-19 outbreak to destabilize the country. The country’s law enforcement then quickly acted on the threat, arresting several other opposition figures. The crackdown marked an end to what had seemed to be a mild softening in the country’s suffocating treatment of its dissidents.

Yagublu’s sentencing was an attempt to silence an influential, principled voice, political analyst Arastun Oruclu told opposition Azad Soz online channel in a September 13 interview. “The government doesn’t need someone with a fighting spirit who can hold a weapon,” Oruclu said, referring to the fact that in the 1990s Yagublu fought (and was wounded) in the war over Nagorno-Karabakh, the territory Azerbaijan lost to Armenian forces.

One political blogger, Vahid Qazi, made a parallel between Yagublu’s fate and that of Nagorno-Karabakh.

“Tofig Yagublu is Karabakh’s human face,” Qazi wrote in a September 6 blog post. “Not just because Yagublu fought in Karabakh and shed his blood there. Also because their fates are similar. One is in jail, another under occupation. The reason is the same – injustice, violence, and lies.”

Yagublu’s case has garnered sympathy even beyond the usual opposition circles.

Tale Baghirzade, a Muslim activist who has been in prison since 2015, issued a statement on September 10 in support of Yagublu. “The imprisonment of this worthy man, who has been detained for months on false charges, without any grounds, once again demonstrates the false façade of democracy and reforms” in Azerbaijan, Baghirzade said.

Even several pro-government members of parliament have voiced support for Yagublu and suggested that his sentencing was not fair.

“This is a sad event. Things should never have reached this point,” said Sabir Rustamkhanli, the chairman of the Civil Solidarity Party. “I believe that the public opinion will be taken into account and Tofiq bey will be set free.”

Another MP, Elman Nasirov, noted the public support for Yagublu and said that “it is possible to make decisions in line with the public opinion.”

After 11 days of the hunger strike, on September 12, Yagublu was transferred from the detention center where he had been held to Baku’s City Hospital. Hazi, his daughter, attributed the move to a demand from the European Court of Human Rights.