Lines, price rises and expensive booze – the cost of happiness in Turkmenistan

People in Turkmenistan are coming to terms with the new reality of utility bills and continue to cope with the ever-present strain of price rises and shortages. 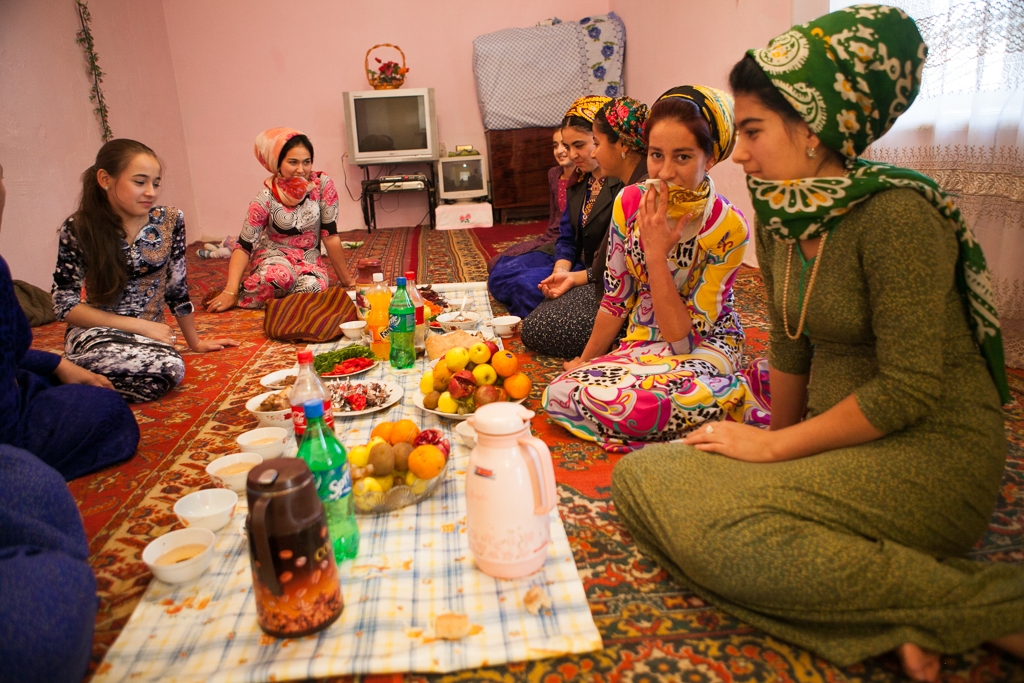 Only on the 10th day of the new year did municipal workers in Turkmenistan’s capital take down the rich array of festive trees laden with blazing fairy lights.

The holiday euphoria, meanwhile, faded faster as people began to come to terms with the new reality of utility bills and continue to cope with the ever-present strain of price rises and shortages.

In 1993, soon after the Soviet experiment collapsed, the government in newly independent Turkmenistan reverted to state largesse as the heart of an unspoken compact. In return for submission to a suffocating police state, the population was granted free electricity, household gas, water and even salt.

Talk of scrapping those handouts has been in the air for some years, but finally came into effect this January 1. The decision was nominally adopted in September by the People’s Council, which consists of a vast and photogenic assembly of robed and bearded town elders and numerous members of the national and regional ruling elite. In reality, it was President Gurbanguly Berdymukhamedov who willed the change, citing his desire to see Turkmenistan evolve into a market economy.

Although they had ample time to prepare, authorities were caught short and forced to scramble to put the necessary infrastructure into place.

In Ashgabat, the water company failed to evaluate how many customers they actually serve and, as a result, had nowhere near enough meters to hand out. Every day, long lines would form at the company’s headquarters as homeowners tried to get their hands on the legally mandated piece of equipment. Such is the backlog that the water company has agreed to push back the deadline for fitting meters to January 15. When that happens, households will have to pay 0.50 manat for each cubic meter of water that they use.

While the official and immovable rate is 3.5 to the dollar, the manat’s value on the black market is a moving feast and was reportedly, as of late December, closer to 18 to the dollar.

The installation of gas meters appears to have gone a little more smoothly. It helped when Berdymukhamedov spoke on the issue at one Cabinet meeting and ordered the Interior Minister to take personal charge over the process.

The injunction had the desired effect, only with one hitch. Households were required to pay 260 manat (almost $75 at the official rate) for the actual meter. The government touted its willingness to install the counter free-of-charge as a gesture of generosity, although even this was not quite so. The cost of any additional equipment or pipes needed during fitting also had to be borne by the bill-payer.

All seemed to be going well until the dying days of the year, when the gas meters too ran out. People panicked as they worried that they could face fines for bill-dodging until the equipment was in place.

But “don’t worry, there will be no fines,” one gas utility employee assured a worried customer.

In the end, a consignment of Ukrainian-made meters was delivered. At 255 manats, these were even cheaper.

“The previous batch of counters had filters, the new ones don’t,” a representative for utility company Ashgorgaz explained cryptically, while insisting the Ukrainian models were perfectly safe.

In truth, these charges are by any reckoning minute and should be affordable for most households. The subsidy-based economy is going nowhere for now.

Then again, the rushed and haphazard implementation of the paid utilities regime has created much irritation and frustration. Because television and other state media still find it awkward to dwell on the fact that gas and water are no longer free, homeowners need to pump the utility providers or else rely on word of mouth for information.

“Is it really so difficult just to publish all the documents and laws so that the population could understand what it is we are paying for or not?” said Dursun, a pensioner in her sixties.

In another customary gesture to raise holiday spirits, word was sent out for price reductions to be imposed on a whole array of foodstuffs in state stores and bazaars. Market traders are private operators, so their adherence to this edict was eagerly monitored by plainclothes inspectors.

Sure enough, the revised price tags duly appeared, which prompted a scramble to the bazaar. Beef and mutton, which was discounted from around 28 manat to 18 manat per kilogram, was especially popular.

So as not to incur undue losses, however, meat-sellers put everything out on display. Fine cuts hung alongside entrails, throat and fatty gristle. At the reduced price, customers got a mixture of everything.

“They will not let us put up prices,” market trader Mukhammed told one shopper unwilling to part with his money for offal.

Those willing to pay higher prices for quality product had to enter secretive negotiations with the traders. The demand for any kind of meat was so great that shoppers formed lines from daybreak. Some even ignored the Islamic proscription on pork.

Elsewhere at a bazaar in Ashgabat, there was a brisk trade for apples, bananas, tomatoes, kiwis and pomegranates, which sold for between five and seven manat a kilogram. While certain fruits are imported, there is also a fair amount of domestic product. Turkmen bananas, for example, are succulent and popular.

One of the most difficult things to find was eggs, which are sold in state stores on a strictly rationed basis – each buyer is limited to between 12 and 15 units. It is not clear whether it is the shortage or the rationing that leads to stocks disappearing rapidly at the start of every day. Large lines form in the morning and the early bird gets the egg – latecomers leave with nothing. 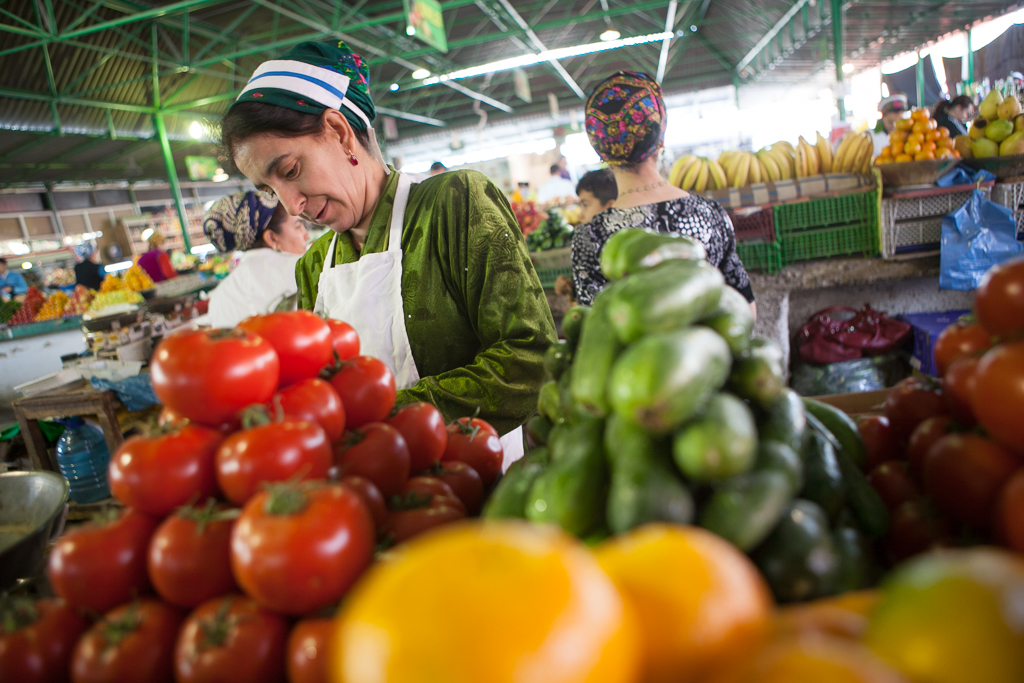 With the holidays now over, the picture has changed dramatically.

Price-tags on the aforementioned groceries are marked at the holiday rate, but the real charge has succumbed to the dictates of the market.

The year began on the sourest note for consumers of alcohol. Under a law that came into effect on January 1, prices for intoxicating beverages have risen by around one-fifth across the board.

The most acceptable locally made vodka now costs around 30 manat, while imported vodka is unaffordable to the regular citizen. Kindzmarauli wine from Georgia costs upward of an eye-watering 250 manat. Hardened booze-hounds rely as before on Turkmen wine, which retails at around $3 a bottle and can be bought by the glass over shop counters.

Alcohol has even become more difficult to find and drink. Under new rules, a long list of places is now off-limits for drinking – city parks, public squares, forests, beaches, train stations, airports, seaports, government offices, underpasses and elevators. And it is now not permitted to buy alcohol in trains, ferries, educational facilities, sports venues and small retail outlets like kiosks.

The age limit for buying alcohol has been raised, U.S.-style, from 18 to 21 years. Still, on New Year’s Day a Eurasianet correspondent saw a clearly underage customer buying beer in a small store in Ashgabat – a twofold violation of the law. The wariness factor is already in place though. The shopkeeper had hid his stash of beer behind bottles of oil.